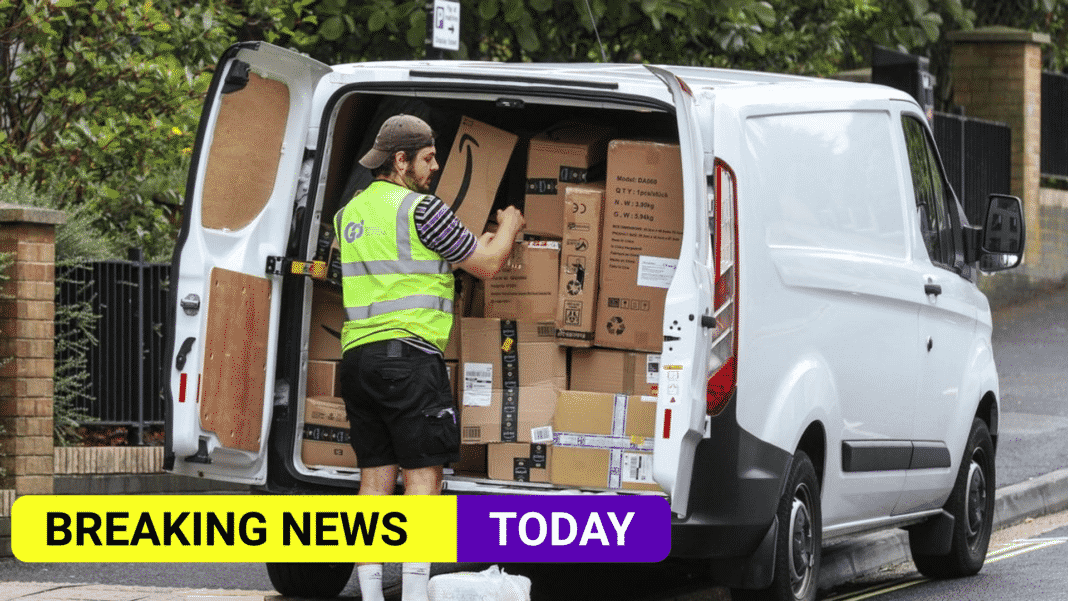 Drivers could be owed £10,500 in compensation for each year they have delivered for Amazon through its ‘delivery service partners’

Leigh Day launches group action for drivers classed as self-employed and not entitled to employee rights.

According to a law firm launching a group claim on their behalf, Amazon could owe compensation potentially totalling £140m to thousands of drivers delivering its parcels.

Delivery drivers who deliver for Amazon through its “delivery service partners” are classed as being self-employed, meaning that they are not entitled to employee rights such as holiday pay and the national minimum wage, while they also do not possess a contract of employment.

The law firm Leigh Day believes that at least 3,000 drivers in the UK are affected, and could be entitled to an average sum of £10,500 in compensation for each year that they have delivered for the online retail giant. It believes that Amazon could owe drivers a total of £140m in compensation.

Leigh Day argues that Amazon dictates the drivers’ work and how they fit into the business, and as a result believes that they should possess more rights.

Drivers had described to the law firm how the app gives them estimated travel times between each delivery, which they have to meet. They can also not return any parcels to the Amazon depot, so have to use extra fuel in order to redeliver them to customers at the end of the day.

After paying for vehicle rental and insurance, drivers say that they are often left with meagre financial earnings.

Leigh Day said that it had launched a group claim on behalf of two delivery drivers and was also looking for more drivers to join the legal action.

Kate Robinson, who is a solicitor in the employment team at the firm, said: “Amazon is short-changing drivers making deliveries on their behalf. This is disgraceful behaviour from a company that makes billions of pounds a year.

“Drivers delivering for Amazon have to work set shifts and book time off, yet Amazon claim they are self-employed.

“For drivers, earning at least national minimum wage, getting holiday pay and being under a proper employment contract could be life changing.”

Amazon said it was committed to ensuring drivers were fairly compensated by the delivery companies they worked with.

It added: “We’re hugely proud of the drivers who work with our partners across the country, getting our customers what they want, when they want, wherever they are.”

Leigh Day brought and won a landmark employment rights case for drivers of Uber who had demanded basic workers’ rights including the national minimum wage and paid annual leave, which was expected to lead to better terms for millions of UK gig economy workers.

The legal firm represented over 2,000 Uber drivers with claims linked to the case, who were victorious back in February when the UK supreme court dismissed Uber’s appeal against a previous employment tribunal ruling.

Like many other delivery and courier companies, Uber had argued that its drivers were all self-employed and were not entitled to the rights enjoyed by workers.