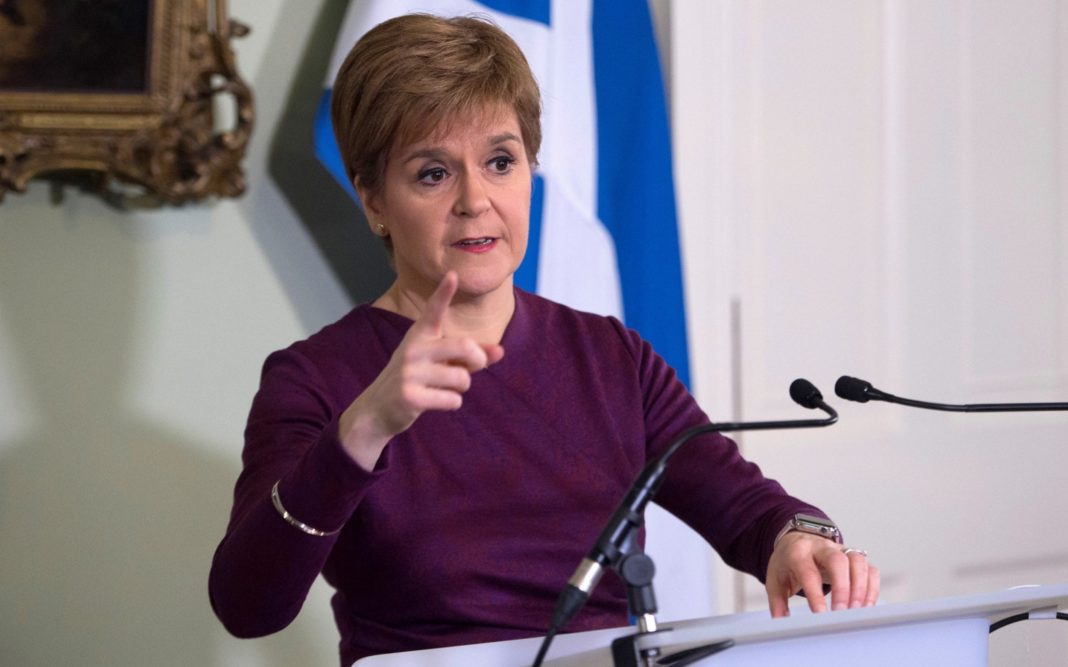 Nicola Sturgeon has told Scotland that masks could become part of the norm in the country for years to come as she defends Scotland’s tough Covid restrictions.

First Minister Nicola Sturgeon spoke just moments before Scotland’s Covid restrictions were relaxed however said they were ‘worth it’ despite opposition from business chiefs who coined them incredibly damaging.

Whilst Scotland has eased its restrictions, Sturgeon announced that face coverings may still be a legal requirement for months afterwards, stating that it was a “small price to pay”

When BBC’s Sophie Raworth asked Ms Sturgeon if she saw masks being worn for months or years to come, Sturgeon replied –

“I don’t want any of these measures to be in place for any longer than is necessary.

“But masks… are something we can do. None of us enjoy wearing them but they are perhaps not the biggest handicap to endure in order to try to stem transmission.

“So while they can make a difference to controlling the virus, then I think it is something we should do.

“Again I would suggest that it is England that is the outlier here, not Scotland, Wales or Northern Ireland, or many countries across the world.”

As of Today nightclubs in Scotland can open their doors again for the first time since December in addition to an end to three household limit indoors.

Masks are still mandatory in shops and other settings.

Juxtapose to Britain’s PM Borish Johnson, who announced that restrictions, including the guidance on mask-wearing, will be over by the end of March.

Plan B will be scrapped as numbers of the Omicron variant reduces following the UK’s booster vaccine roll-out.

Despite Scotland’s tough restrictions, Covid rates have been similar for both Scotland and England.

According to recent ONS figures, one in 20 people in England and Scotland have the virus.

When posed the question if restrictions were “worth it”, Ms Sturgeon replied: “Yes, I think they were.

“Wales and Northern Ireland were broadly in the same place and took a different approach to England.

“If you look at the ONS survey that one in 20 had it in terms of the detail, 5.5 per cent of the population in England had the virus in that week, but it was 4.5 per cent in Scotland.”

“That is a difference.”

Ms Raworth did interrupt saying: “That’s still one in 20.”

“It’s always difficult in any country to absolutely prove cause and effect, but if you look at what was being predicted through modelling, we were on track for 50,000 cases a day.

“We didn’t see that materialise, or anything like that number.”

She admitted, “everybody wants to get back to normality desperately”.

“We have learned through bitter experience that the virus is unpredictable,” she added.

UK hospitality head in Scotland stated that the First Ministers’ measures were “incredibly damaging”. Businesses have also criticised the implication of vaccine passports which are required for large events and clubs.

“Look, I’m not going to sit here and tell you a date because I’d literally be making it up.”

Adding: “The point I’ll make again is there would also be big economic consequences if we didn’t try to control the virus in any way.”