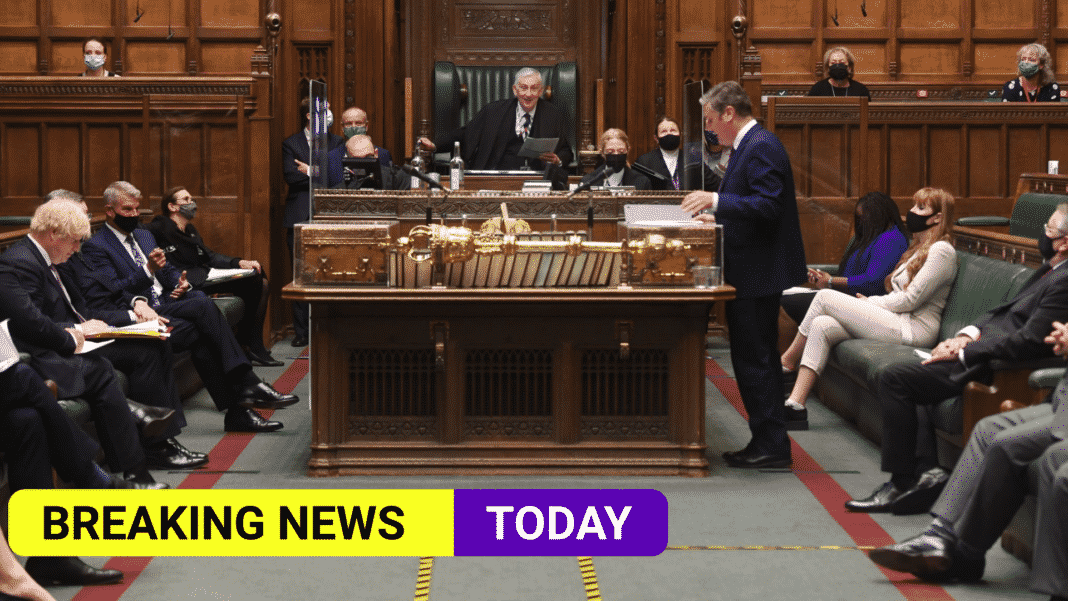 Face masks are being made mandatory again for all parliamentary staffers, but not MPs, amid concern over the recent rise in cases of the coronavirus and the safety of workers within the Palace of Westminster.

It is the first reintroduction of coronavirus measures by the parliamentary authorities since restrictions were relaxed over the summer. Those who refuse to wear a face-covering will be told that they must leave the estate.

This comes after the UK strategy to reach net-zero emissions by the year 2050 is achievable and affordable, according to the government’s official climate advisers. The Climate Change Committee has said that the plan was the most comprehensive in the G20 and had strengthened the position of the UK as it prepares to preside over the Cop26 climate summit.

New guidance had been issued on Tuesday in advance of Rishi Sunak’s budget speech that occurred on Wednesday. It said that “all face-to-face meetings with colleagues should be avoided, unless there is a business need” and that people should “space out and avoid sitting directly opposite each other in working areas [to] avoid close contact at all times”.

However, MPs cannot be forced to follow these same rules, so those who choose to continue following the law rather than this advice are free to do so.

Many Conservative MPs have been seen recently packed shoulder-to-shoulder in the Commons chamber, while Labour MPs have made a point to continue wearing masks.

Last week, Jacob Rees-Mogg, who is the Commons leader, appeared to joke that his party’s “convivial, fraternal spirit” meant that they were acting in line with the government’s Covid guidance.

It came after the UK’s health secretary Sajid Javid, has said that politicians are responsible for setting an example in the battle against the coronavirus, including wearing masks in crowded spaces.

Conservative Party MPs have since been told by senior party figures to wear masks for Wednesday’s budget as thousands of people will watch it, and ministers have realised they need to set a better example to encourage mask-wearing.

This comes after a living wage increase from £8.91 to £9.50 an hour is to be announced in Wednesday’s budget. By lifting the national living wage to £9.50 an hour, this brings it to the real living costs of those living outside of London, according to an independent campaign group.

A memo that was sent out to parliamentary staffers and contractors said that the rule change was “due to recent increases in COVID-19 across the country, which are also being reflected in parliament” and added “we are aware some of this guidance alters changes only recently agreed” but that the situation was “highly fluid”. It will be reviewed on the 4th of November.

A staffer has said of the rule change not applying to Members of Parliament: “It’s ridiculous that they’re being exempted from steps which will keep us all safe.”

Another staff member had called it “utterly absurd”.