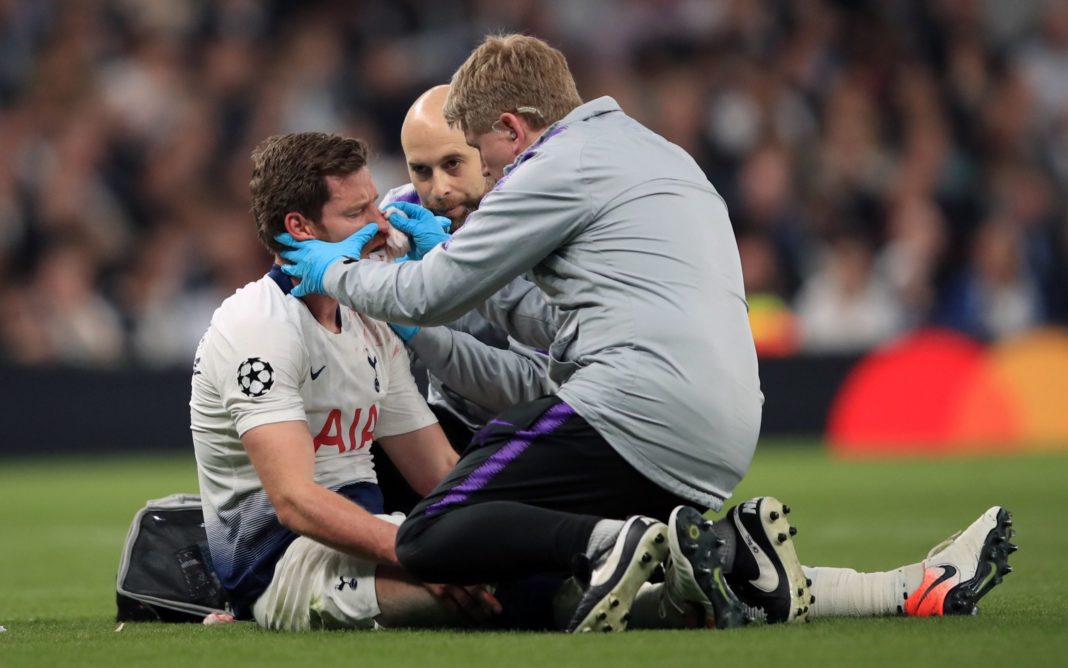 Football’s lawmakers have approved a trial for the new head injury measures in December, which has now been adopted in football’s Premier League, as well as the FA Cup.

This new rule means that permanent substitutions can be made if a player suffers a head injury on the pitch, even if all substitutions have already been used up.

Stewart said that football should follow the example of rugby union, where doctors are given more time in order to assess players more.

Speaking at a Department of Culture, Media and Sport (DCMS) meeting on head injuries within sport, the consultant neuropathologist had said that it was safer to allowing temporary substitutes to replace players while the assessment is being carried out.

This comes after Large numbers of Rangers supporters flouted the nationwide COVID-19 rules to gather at Ibrox Stadium, as well as at George Square on Sunday after the club had won the Scottish Premiership title. John Swinney said that the scenes were “an absolute disgrace” and that they undermined the recent progress that had been made against the coronavirus.

Stewart had been invited to the hearing in head injuries, having conducted the Field (Football’s Influence on Lifelong Health and Dementia Risk) study, which had found that former professional players were three and a half times more likely to die from a form of dementia than the rest of the general public.

“Football has a habit of, when it is forced to develop, it develops something unique to other sports. What football has introduced is a shambles in 2021,” he told MPs.

“Rugby has made great developments, and that should be the model for other sports.

“The poor medics have no more time, opportunity or tools to assess players with a complex brain injury. They haven’t given them any more tools to do that.”

The Football Association, which has introduced the head injury substitutes into the FA Cup back in February, has echoed the experts from the world governing body Fifa, as well as international rule makers Ifab who say that using permanent head injury substitutions is safer because concussions that occur on the pitch can often be delayed.

The meeting on Tuesday had heard from several experts on how sports might be improving their approach to head injuries and the long-term effects of concussions that might be caused by competing in football, rugby and combat sports.

This comes after visitors of care homes will be required to carry out COVID-19 tests prior to the visits, must wear PPE and are asked to limit physical contact. Visits to care homes from a nominated friend or relative will be permitted in England from today, but hugging and kissing the residents of care homes is still off limits.

It also discussed research funding, the differences between elite-level and amateur sports competition, and the risks that might be affecting women more adversely than they do men.

Stewart called for more money to be put into the research of the long-term effects of head trauma in sports and said that other countries should follow the lead of Scotland, where the concussion guidelines have been standardised across all competitive sports.

He also said that rugby union had been “slow to change” in its approach to head injuries compared with the NFL over in the United States, although he praised how the sport monitors injuries that occur. And he said that the current level of one brain trauma per match in English rugby, which had stayed at the same rate for four of five years, was “totally unacceptable”.