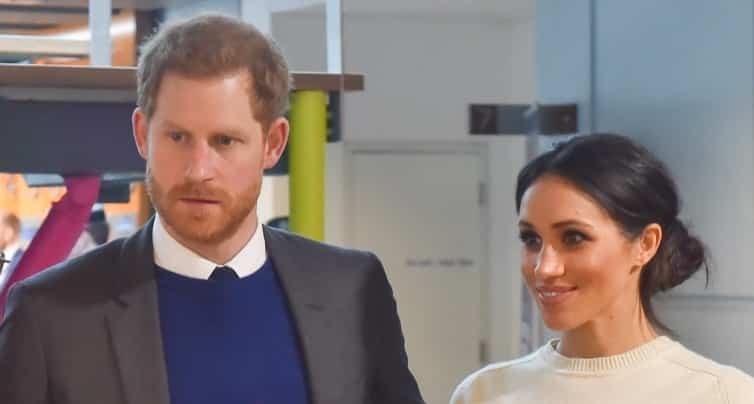 Prince Harry and his demands for Met Police bodyguards will not be helped by the Queen.

Upon quitting royal duties, Harry lost his police protection, now Harry has plans to sue the government to grant him that protection back.
However, royal sources have said the Queen is unlikely to cave into his demands.

The Met Police have made it clear to Harry that they are not ‘guns for hire’ and cannot be used as private security forces for the famous and rich.

These demands came after Harry threatened to sue the government following the decision of the home office to reject his demands to use their officers.

Prince Harry is supposedly seeking round-the-clock police protection. Such a thing is normally reserved for royals and government officials.

Harry lost the privilege of this protection two years ago when he told the Queen that he would be leaving his royal duties to live in California with Meghan Markle.

Although Harry had offered to pay for the police bodyguards, Met Police insiders have insisted that they are not a ‘private force’.

There were fears that Harry may take the government to court over their decision to deny him of protection as neither side showed signs of backing down.

Despite this, the Queen will not help her grandson in his fight to win his privilege back.

A royal source told The Sun –

“This is not a matter for Her Majesty. She certainly won’t cave into his demands.

“It is a matter for Her Majesty’s government. Who gets protection is not a gift the Queen can decide to give or take away.”

Another said: “His demands for security in the UK have not been openly or widely discussed within the family because it was thought sorted two years ago.

“Quite frankly, with the Queen’s health concerns and Prince Andrew facing a sex-abuse trial, a battle between her grandson and the Government is the last thing she wants to get drawn into.”

“a private citizen like the rest of us. You can’t use The Met as a ¬private police force — they are not guns for hire.”

“When Harry made his decision he wanted out of the protective arm of the Royal Family, he maybe didn’t realise the pitfalls”.

“One sympathises but this is the law. He hasn’t thought it through”.

“He has always been paranoid about security because he was a serving officer in Afghanistan. But he can’t have it every which way”.

“Harry has put himself in this ¬situation and he has made his bed and has to sleep in it”.

“If he doesn’t think he can bring his family back, then so be it.”
Harry is seeking round-the-clock protection because his security situation was supposedly compromised when he returned to the UK last summer”.

When Harry and Meghan still resided in the UK, their security cost the taxpayer around £5million a year.

Since their departure from royal life, Harry and Meghan have funded their lifestyle through multi-million-pound Netflix and Spotify deals. Harry has since said he does not wish to burden taxpayer with his policing costs.

Even though Harry has offered to cover the costs of his own protection, government officials refused to rent the Met Police amid fears it would open the door for any wealthy individual to use the Met as their own private police force.

Decisions on who gets bodyguards is made by the Royal and VIP Executive Committee. This committe includes senior civil servants, royal household, senior police officers and security services.

Royal sources have said: “Harry wants to pay for police officers, but his grandmother’s government disagrees.

Harry believeds there is a security risk his life as he is sixth in line to the throne. In addition possible threats from extremist because of his two tours of combat in Afghanistan.

24-hour police protection for Harry and his family would cost him £80,000 a week.

This row over security means the Prince and his family could be forced to miss Her Majesty’s Platinum Jubilee celebrations this summer.

The security row means the family could now be forced to miss the Queen’s Platinum.

Amidst this disturbance, Prince Andrew, who was recently stripped of his royal roles by the Queen, maintains his £2millon a year security.