Heatwave could hit the country this weekend with spike in temperatures 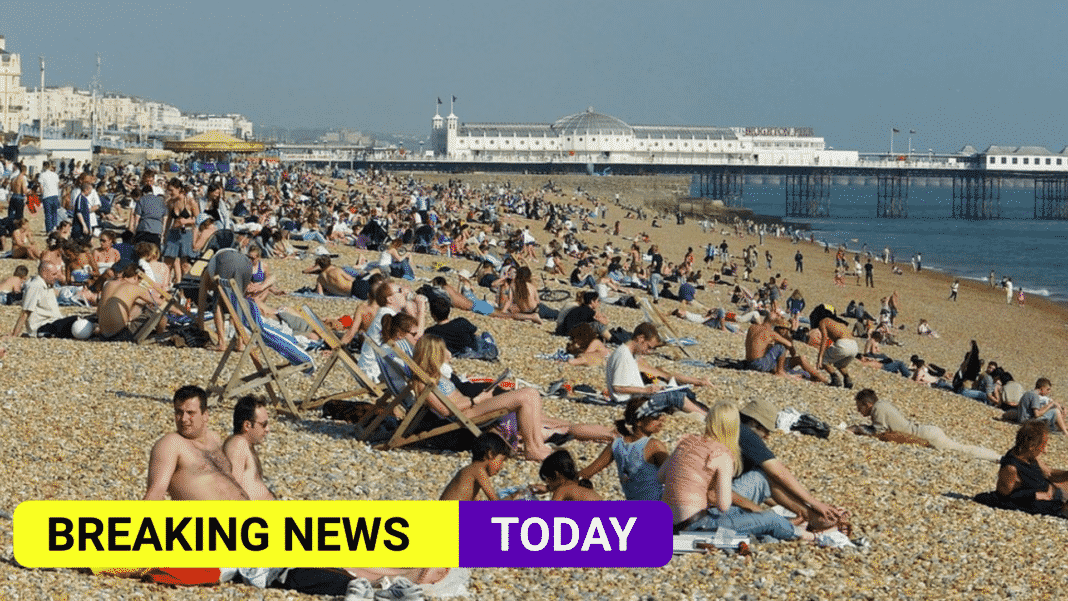 The highest temperatures in the country could be seen around London, where highs of close to 30C are being forecasted

A heatwave could hit some parts of the UK this weekend, with temperatures across the country set to rise.

A heatwave is declared when the temperature either meets or exceeds the threshold for at least three days in a row, which is beginning to look increasingly likely for this coming weekend.

It comes following warm weather across much of the UK over the past few weeks that saw many people flock to beaches and parks around the country, prompting caution from public health officials for people in the nation to continue to follow the necessary social distancing guidelines.

This comes after people aged between 25 to 29 in England will now be able to book their COVID-19 vaccinations starting from Tuesday morning. Health Secretary Matt Hancock announced the extension to the country’s COVID-19 vaccination programme in a statement to MPs in the Commons.

High pressures coming in from the Azores means that the country will see warm, settled and sunny weather both across the Midlands, as well as the southeast of England.

However, there is still currently some Atlantic influence, with weak weather fronts bringing in cloudier skies and spells of rain over the northern and western parts of the country.

But into the coming weekend the jet stream looks to be buckling and pushing north, allowing for high pressure to dominate over much of both the UK and Ireland.

This will result in more settled, dry and sunny weather, and in turn temperatures throughout will rise even further. Some parts of both England and Wales could experience a heatwave that could potentially last into the middle of next week.

The highest temperatures are looking to be for the southeast of England, most likely the London area, where highs of close to 30C (86F) are being forecast.

The heatwave threshold varies by each area, as it reflects the differences within climate across the United Kingdom, and is calculated using the 1981-2010 climatology of daily maximum temperatures at the mid-point of the meteorological summer (15 July).

The thresholds for the UK are:

• Lincolnshire across to Cheshire, down to Dorset and the Isle of Wight is 26C (78.8F)