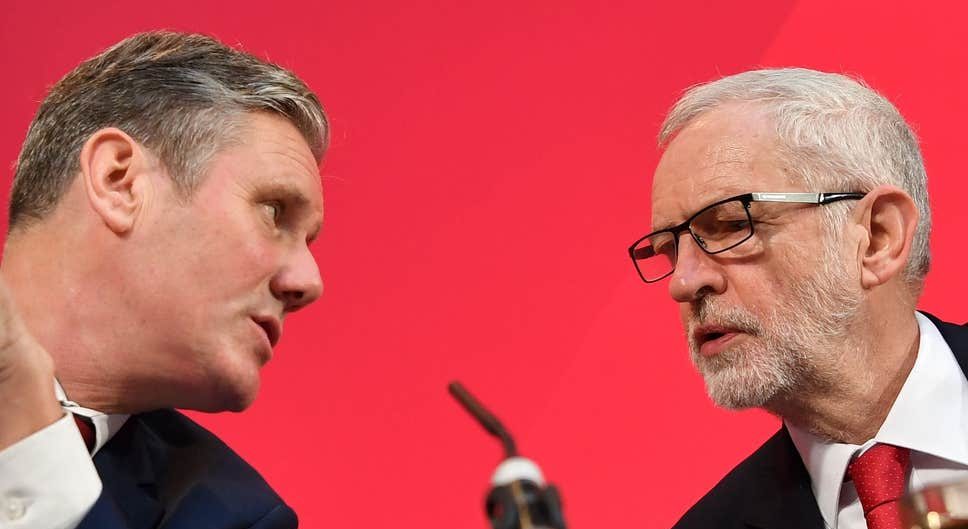 Labour has officially apologised to a group of antisemitism whistleblowers, after they accepted that press statements made against them in 2019 were in fact “defamatory and false”.

The opposition party has said that it will pay for the “substantial damages”, which in addition to the court costs is likely to come to the sum of over half a million pounds.

The decision to reach the settlement marks a significant moment for Labour leader Sir Keir Starmer’s efforts to move on from the antisemitism scandals that came to define Jeremy Corbyn’s leadership of the party.

This comes after ministers reportedly “did not want to know” if Russia had meddled in the EU referendum vote, an MP says, as the government dismisses an investigation.

The seven former party employees were interviewed as part of a BBC Panorama investigation that had been highly critical of the political party’s handling of complaints of antisemitism.

The court settlement procedures focused on the press statements that were issued in relation to the BBC broadcast, which went on to be widely reported on throughout the UK’s news media.

Mark Henderson, representing Labour, told the High Court: “The Labour Party acknowledges that these claims about the claimants are untrue, and we retract and withdraw them and undertake not to repeat them.”

“The Labour Party is here today to publicly set the record straight and to apologise to the claimants for the distress and embarrassment that it has caused them.”

The party said in a separate statement: “We acknowledge the many years of dedicated and committed service that the whistleblowers have given to the Labour Party as members and as staff.”

“We appreciate their valuable contribution at all levels of the Party.”

“We unreservedly withdraw all allegations of bad faith, malice and lying. We would like to apologise unreservedly for the distress, embarrassment and hurt caused by their publication.”

Labour said in a statement: “Before the broadcast of the programme the Labour Party issued a press release that contained defamatory and false allegations about John Ware.”

“We would like to take this opportunity to withdraw these allegations. We would like to apologise unreservedly for the distress, embarrassment and hurt caused by their publication.”

“As we acknowledge in the statement in open court, John Ware is a very experienced broadcast and print journalist, producer and author, and we have agreed to pay damages to him.”

This comes after plans to bring an end to controversial “gay conversion therapy” in the UK will be brought forward following a government “study” on the issue, the Prime Minister has said.

In a statement, the claimants’ solicitor Mark Lewis said: “Today in the High Court, the Labour Party retracted its false allegations made about the Panorama programme asking whether Labour was antisemitic.”

“The answer was a clear ‘yes’. Labour chose to double down and attack the programme’s presenter, John Ware, and the whistleblowers rather than addressing the truth of the problem.”

“It is ironic that the workers’ party chose to act as disgruntled bosses who had been caught out.”