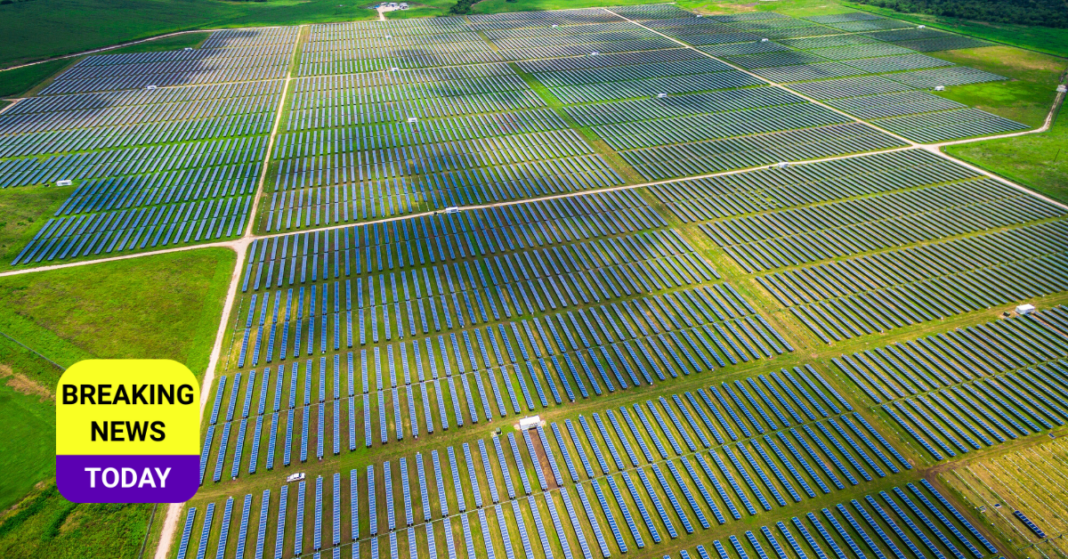 The UK is experiencing its highest output of solar electricity ever! Whilst also going 11 days without the use of coal power!

A new peak solar generation record was set in the UK on Monday, with experts citing the cool, sunny weather and lower air pollution levels caused by the coronavirus lockdown as having played a crucial role.

Chief Executive of the UK’s Solar Trade Association, Chris Hewett said: “Ideal weather conditions and lower levels of pollution than normal means solar is providing record levels of cheap, clean power to the grid. At a time when most of us are working remotely, we can say that solar is truly keeping the Wi-Fi on.”

The new record was set just after midday on Monday by the University of Sheffield when solar energy generation was recorded to have peaked at 9.68GW. The previous record was achieved in May 2019 when solar farms in the UK generated 9.55GW of electricity for the grid.

The result means that at the time of the peak on Monday, UK solar PV generators were meeting almost 30% of the UK’s overall demand for electricity.

Due to the current decline in economic activity, coupled with many people working from home, there has been a massive drop in demand for electricity in recent weeks. With the addition of the abundance of solar and wind power on the grid, the UK is currently experiencing the longest period without coal power in 2020 – 11 days and counting.

Dr. Nina Skorupska, chief executive of trade body the REA, said that renewable energy had “once again raised the bar” with this new solar record.

She said: “This is an astonishing feat and indicates only the beginning of what the industry is capable of. However, for this to continue into the future, the renewables and clean technologies industry needs assurance that in this trying time, the fight against climate change remains a top priority for the government.”

Industry experts predict that further renewable records will be hit in the coming months due to the coronavirus leading to lower than normal levels of energy demand.

According to Aurora Energy Research, a leading energy analyst company, power demand across Europe has fallen between 10-20% since the pandemic arose, with energy-related commodity prices falling more than 40%.

They said: “The effect of coronavirus has ripped through European energy markets – significantly reducing demand and prices of gas and electricity. European power utilities are likely to experience a significant fall in revenues in 2020, with merchant-exposed renewables schemes significantly affected.”

Analysis by the Solar Trade Association shows that the UK now has over 1.5 million solar homes, which includes both solar PV and solar thermal.

In 2018, solar power in the UK almost doubled, with new installations in homes, workplaces and solar farms amounting to a total of 709,000 installations. In fact, the UK is installing solar panels faster than any other European country, despite the misconception that clouds make them inefficient.

The International Energy Agency has predicted that solar, both PV and thermal, could surpass fossil fuels, wind, and hydro by 2050 to be the world’s largest energy source.