Although it wasn’t the real Walter White Heisenberg who was arrested the 59 year old man may well fit the story of the hit US show Breaking Bad.

Neighbours near to the Salford property have expressed their shock after a suspected meth lab was found in Salford.

Specialist police attended the scene on a property on Claremont Road and found a number of items believed to be used in the production of methamphetamine.

Forensic officers that were wearing masks and gloves searched the home on Thursday morning (January 2).

Evidence bags were propped up against a wall of a property. Two Crime Scene Investigation vehicles, a Tactical Aid Unit and a specialist police search van were parked outside the bungalow of the suspected Meth Lab.

Residents living on the road, in Irlams o’ th’ Height, said they were very shocked to hear the news. 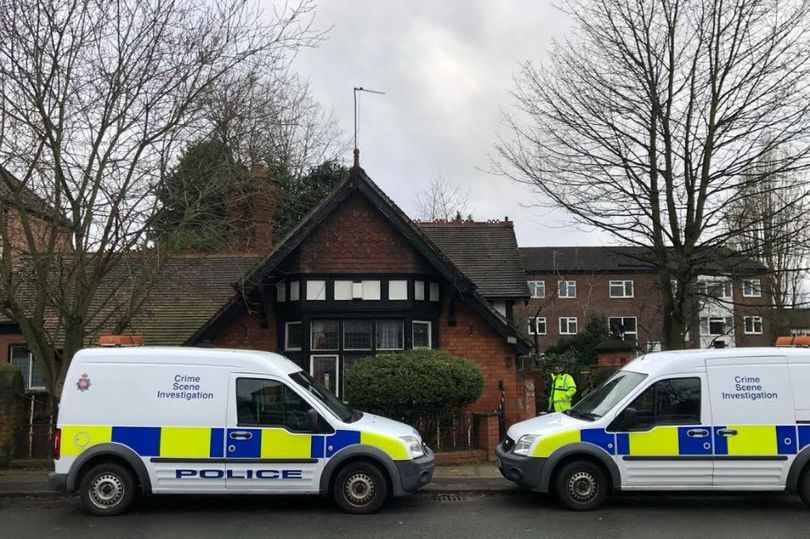 One woman, who didn’t want to be named, was visibly surprised when she heard what had happened.

She said: “Bl**dy hell really? It’s a shock. You don’t expect it round here. We have been a bit curious, it’s not good. There was armed police here the other day.”

Another resident said: “It’s a surprise. We were wondering what was happening. We have seen police. The house keeps changing hands.”

Another neighbour said they heard a lot of unusual activity coming from the house over the last few months.

They said a cockerel living in the back garden regularly kept them up in the early hours of the morning, and they often heard someone sawing in the property.

She said: ‘It doesn’t surprise me. (the tenants) left a cockerel in the garden. We could hear it all the time. We used to hear sawing in the early hours of the morning.

“We thought ‘that’s unusual’ when we saw the police car.” Greater Manchester Police said in a statement earlier on Thursday morning: “Police are in attendance at a property on Claremont Road, Salford following the discovery of a number of items believed to be used in the production of methamphetamine.

“Officers remain at the scene working with partner agencies to recover the items.”

Police added that a 59-year-old man has been arrested on suspicion of the production of cannabis and possession with intent to supply a class A drug. He has been released pending further enquiries.