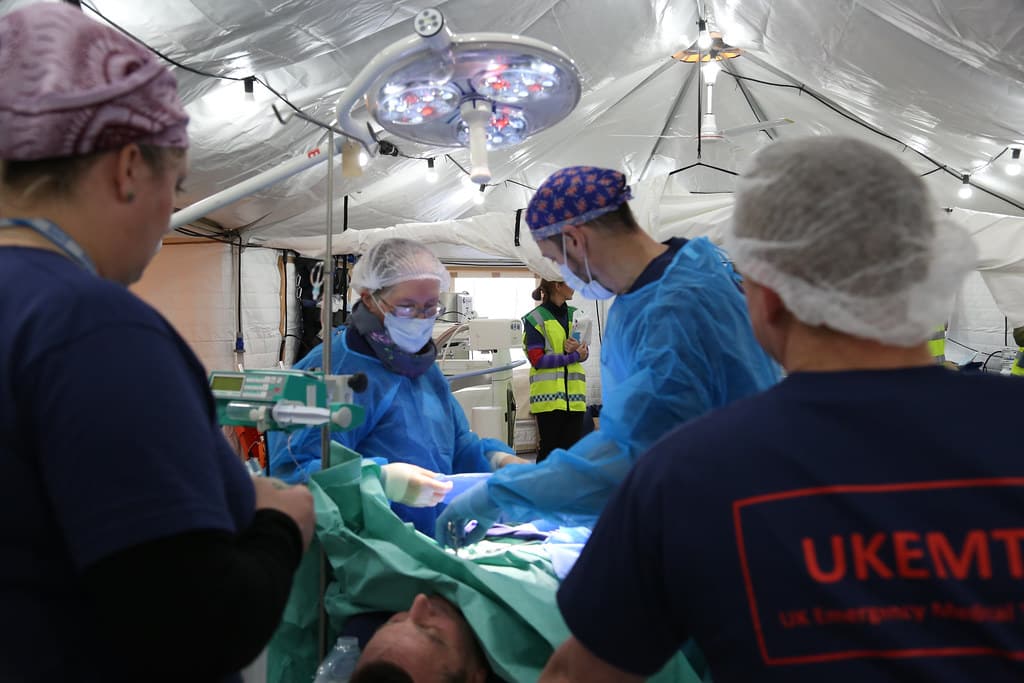 A recent survey has found that one in four doctors in the NHS feel fatigue directly affects their ability to treat patients. This is the first survey of its kind focusing on the impact of sleep deprivation on medical professionals during the coronavirus pandemic.

The growing workloads, longer hours and extensive staff shortages mean they are facing extreme tiredness, memory problems and difficulty concentrating throughout their shift. This is according to a report by the Medical Defence Union (MDU), which provides legal support to nearly 200,00 medical and healthcare workers.

The survey in question included more the 500 doctors from across the United Kingdom and was carried out over the past few months. It also uncovered nearly 40 near misses as a result of medic exhaustion. There were at least seven cases in which patients were harmed.

Even though there are signs that the Omicron wave may be ebbing away, many doctors admit that the consistent pressure they have been under for the past 22 months they have been fighting the pandemic has taken a toll on their skills and abilities to make even the most straight forward of decisions. Medics admitted that for the first time, they felt that exhaustion and sleep deprivation were taking a serious toll on themselves and patients.

The survey revealed that sleeping patterns had worsened almost six in 10 doctors (59%) over the course of the pandemic. Doctors feeling that their ability to treat patients was impaired at more than a quarter (26%). Of those doctors, one in six (18%) said a patient was harmed, or a near-miss occurred as a result.

One doctor described how patient needs were missed or forgotten, with one prescription of penicillin leading to a patient collapsing from an allergic reaction. The doctor responsible blamed the incident on a “perfect storm” of “chronic fatigue” and “an unmanageable workload”. Another doctor indicated that the ongoing widespread staff shortages meant “mistakes are more frequent by the end of the day”.

“Doctors and their healthcare colleagues are running on empty,”
“Our members have come through a period of immense pressure caused by the pandemic and it is affecting all aspects of their life, including sleep patterns.”

“Fatigue increased the risk of mistakes and harm to patients’ and doctors’ health,

The survey conducted by the MDU combined the responses of 532 individuals, including junior doctors, doctors, specialists, GP’s and consultants. About one in 10 of these medics expressed that they felt sleep deprived whilst at work on a daily basis. Feeling sleep-deprived every week was reported at 28%, with more than 17% feeling that sleep deprivation affected their ability to care for patients.

Dr Michael Farquhar, who is a consultant in sleep medicine at Evelina London Children’s hospital, said that fatigue and exhaustion had been a concern for some time however the burdens as a result of the pandemic had “exacerbated” the problem to the point where the issue had become critical, leading to negatively impact staff wellbeing and patient safety.

“Even before the pandemic hit, fatigue was a huge issue in an NHS which is acknowledged to have been under-resourced over the last decade,” he said.

“Dealing with the impact of Covid has exacerbated significant issues which already existed, with many healthcare professionals ‘running on fumes’.

“When doctors are sleep deprived they can lose insight, meaning they can persevere when doing the wrong thing. Clinicians are more likely to make errors in simple repetitive tasks, such as calculating medication, and our ability to process, retain and analyse information suffers, too, which means it can take longer to assess a patient’s symptoms and reach a diagnosis.

“Fatigue has been a major issue in the NHS for a long time … and with staff now further exhausted by two years of the pandemic, it is a critical issue for both staff wellbeing and patient safety.”

92% of the medical professionals surveyed worked more hours than they were rostered or contracted to do.

52% completing between 5 and 20 extra hours a week on average.

29% said they did not take any breaks during their working period.

“Doctors should recognise when they need to take a break but equally, they need to be working in an adequately resourced environment in order to take one,”

“In our survey, three in 10 doctors got no breaks at all during the working day despite many working long shifts. In addition, 21% didn’t have anywhere to go such as a staff room, or quiet area, to take a break.”

The government is being urged by the MDU to do more in ensuring that adequate resources are reaching doctors in order for them to take regular breaks.

“Taking regular breaks is vital in the interests of doctors and their patients. Pressures on frontline healthcare workers are likely to get worse for doctors in the coming weeks. At a time of considerable staff absence in the NHS it is more important than ever that those staff who are fit to work are properly supported so they can care for patients safely.”