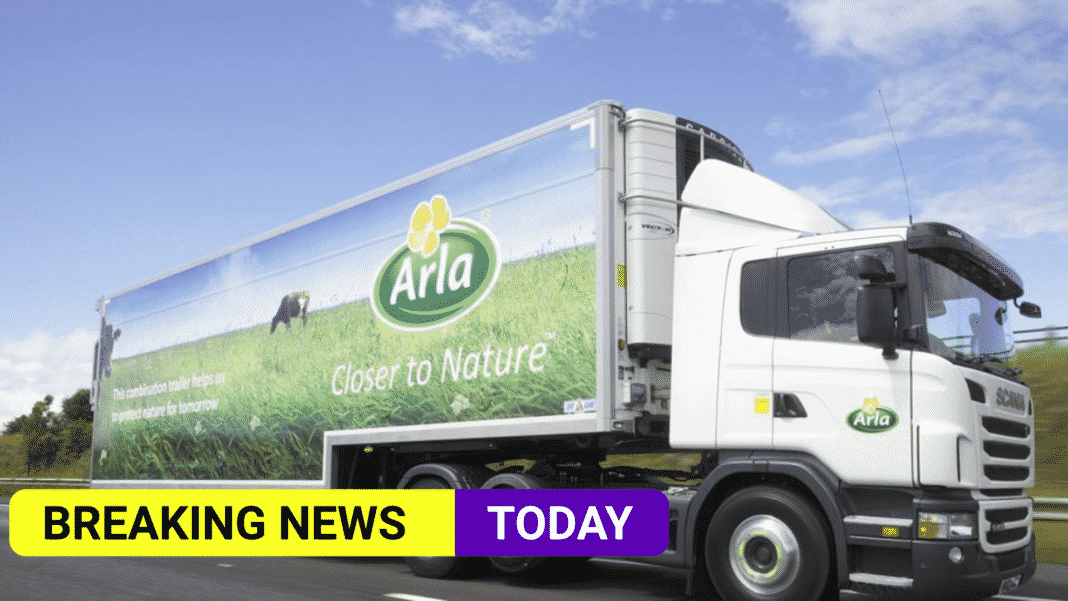 The boss of Arla Foods, the country’s biggest dairy supplier, has revealed that it is facing inflation pressures from higher energy

The boss of the country’s biggest dairy supplier has revealed that it is facing inflation pressures from higher energy, as well as packaging and labour costs.

Arla Foods, which has also seen of its deliveries to shops affected by the nation’s widespread shortage of lorry drivers, said that it was facing a series of higher costs.

Ash Amirahmadi, the managing director of Arla Foods, also spoke about the concern caused by driver shortages, which means that the company cannot deliver milk to hundreds of shops every day, an issue that the company has been warning about since the summer.

Mr Amirahmadi was speaking at Sky’s Big Ideas Live event, in which business leaders had been discussing a range of topics in relation to the UK economy, from the post-pandemic recovery to the green energy transition.

His comments on higher costs facing the business come after recent figures from the Office for National Statistics showing how firms were increasingly passing these on to customers through higher prices.

Meanwhile, supermarket industry data on Tuesday revealed rising grocery prices, adding to pressure on household finances at a time when inflation – already at a nine-year high – is forecast to climb further.

Farmer-owned Arla supplies butter, spreads and cheese, and milk to shops – but like other industries has been hampered by a nationwide shortage of lorry drivers estimated at 100,000.

Mr Amirahmadi said: “Just simply being able to get the product from our factories to supermarkets is a real challenge.

“We are very mechanised when it comes to our production of milk and dairy products in factories, but we need drivers to take that to the shops.”

He continued: “On average we’re delivering to about 2,300 shops a day, and we’re regularly not able to deliver to about 10% of our shops. That gives you an idea of the type of shortage we’re dealing with.

“Everyday items – when the shops don’t have milk, that tends to cause concern.”

He added that the surge in energy prices had affected “all aspects” of the business.

“Energy is clearly one of the key cost drivers, but labour is another one,” he said. “We’re a food company, so packaging rises as well.

“So inflation would be one of the key issues that we’re navigating as a business.”