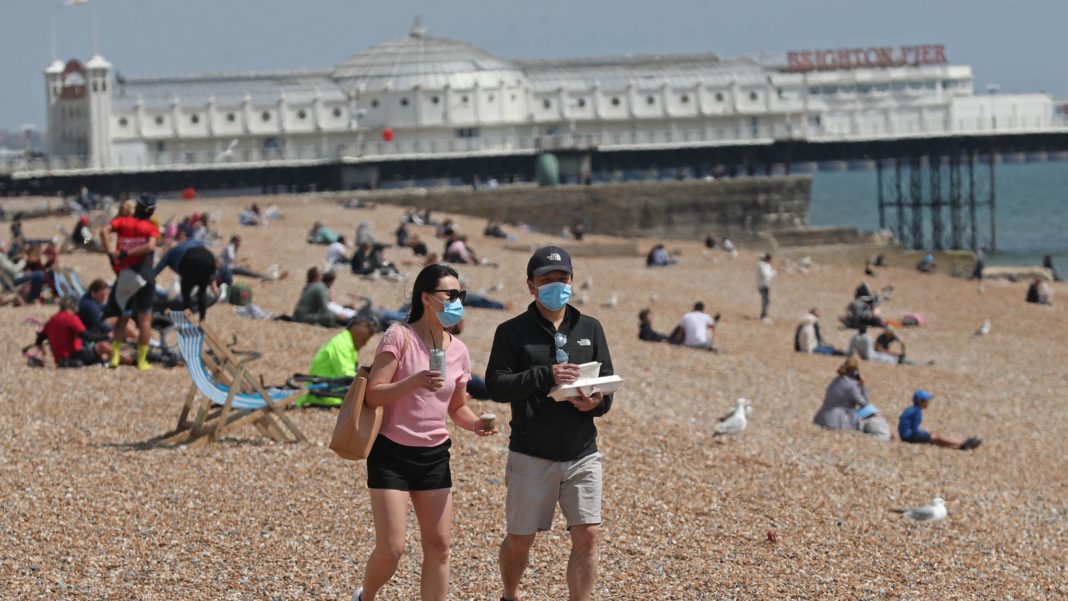 Wednesday has officially been the hottest day of the year so far, with British public flocking to beaches and beauty spots throughout the UK

Met Office forecasters have said that temperatures rose to 31C at Heathrow Airport, surpassing the previous record of 28.9C that was set in late May.

A level three heat-health alert is now in place for some parts of England, with additional advice on how to take extra care when spending time out in the sun.

People have been warned that they shouldn’t be leaving hand sanitiser in hot cars, as it can start fires when exposed to hot temperatures.

An alert that was issued by NHS Property Services and was also shared on the Fire Industry Association website has warned that there has been “a number of reports of hand sanitiser being the cause of fires when left in vehicles in the hot weather”.

Health leaders in the UK have called for a “rapid and forward-looking assessment” of the state of national preparedness for a second wave.

This week’s heatwave is expected to finish from Thursday evening, with a yellow weather warning for thunderstorms being put in place for much of the United Kingdom from Thursday, including Wales and Northern Ireland, as well as some parts of Scotland.

A separate yellow weather warning for thunderstorms will also be put in place across many areas within the UK from 12:00 BST on Friday to 06:00 BST on Saturday.

Tuesday missed out on being the year’s hottest day, with a temperature of 28.6C recorded at Heathrow Airport and Kew Gardens.

The Met Office tweeted that on Wednesday afternoon, temperatures are expected to reach highs of around 33C in some parts of the UK.

This comes after Breaking News Today reported that this week could be the hottest of the summer so far, with London seeing temperatures hotter than Ibiza by Wednesday.

With Dan Suri, chief meteorologist for the Met Office, saying that: “Temperatures will continue to climb through the week with a hot spell developing across much of England and Wales.”

The highest UK maximum temperature recorded in June is currently 35.6C, this record was set at Mayflower Park in Southampton on the 28th of June in 1976.

“lots of hot and sunny weather through the next couple of days”.

He added the heat would be “quite widespread”, and even across parts of Scotland there could be “highs of 26 or 27”.

The Met Office raised the level of its heat-health alert to three for the West Midlands and East Midlands on Wednesday, as health officials have advised that the most vulnerable, many of whom are shielding as a result of the COVID-19 pandemic, to keep themselves protected amid the “exceptionally hot weather forecast this week”.

St John Ambulance has advised shoppers to be aware that they could unknowingly be forced to spend longer amounts of time in the sun as a result of the nationwide social distancing measures and to be prepared.