Women who identifies as a wolf catches predators for a living. 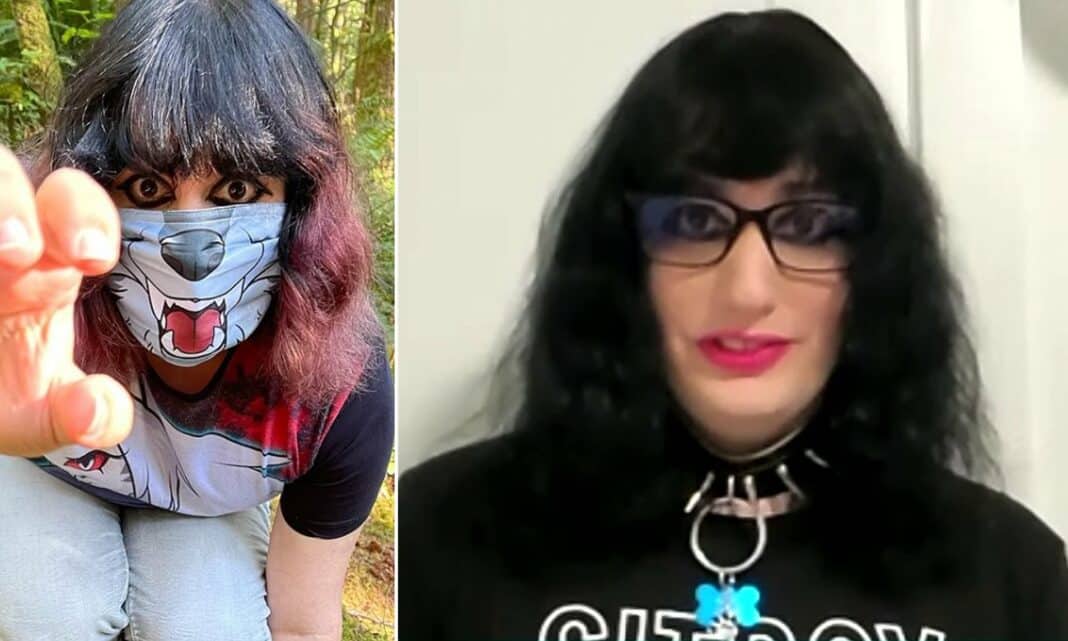 A woman who identifies as a wolf has revealed her day to day life as an online investigator.

Naia Ōkami, 27, admitted that her day job at a non-profit as an investigator catching online predators and sex traffickers lets her channel her ‘spiritual’ side as a British Columbia Wolf.

Appearing on Monday’s episode of This Morning through a video link from Seattle, Washington.

‘I relate of what I do to being a wolf. One of the things I do is with the non-profit, I investigate trafficking and child predators.

‘I always make the joke that as a wolf I’n hunting my prey – the predators are my prey, which is kinda ironic!’

Naia also explained that she does not actually think she is a wolf, but she finds it to be something more ‘spiritual and psychological’.

‘I don’t physically believe that I’m a wolf. It’s more a spiritual and psychological identification as a wolf,’

‘I’m completely aware I’m human right? I go to work every day, I don’t necessarily dress like this for work.A t the same token, spiritually, somehow I’m a wolf.’

She first started to identify as a wolf after having dreams at aged 10, where she would see herself as the animal.

Although she doesn’t always ‘wolf out’ in public – she only let out a quite howl on This Morning because her housemates were asleep – she does express herself.

However, she makes sure it’s appropriate for the environment she’s in.
‘So, when I was in high school I was a lot more expressively than I am now. I would howl and stuff, just because that’s how I express myself. Nowadays it’s a little different,’ she said.

‘I am known as the wolf girl, I’ve been on a few different programmes. Due to that, I can be a little more open publicly… Obviously, if I’m at work or in the grocery store, I’m not going to bark and howl at my cashier.’

again she reiterated that she does not actually believe she’s ‘literally’ a wolf.
‘Obviously I don’t,’ she said. ‘I have a very serious job, I catch predators, I do adult things, I pay my bills, I do my taxes. this is just a way I spiritually express myself.’

And while she knows many like-minded people, not everyone is happy with how open she is online and in media appearances.

‘A lot of people don’t like how openly expressive I am. A lot of people in that community treat this as something you keep to yourself and just talk about online with like-minded people.’