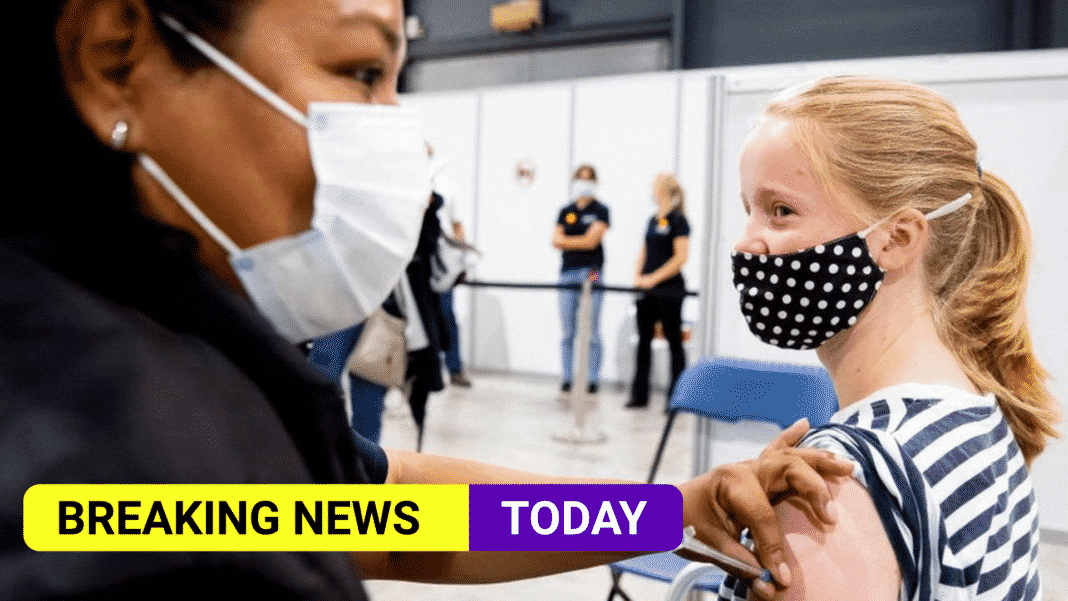 Where an agreement to have a vaccine cannot be reached between parents and children between the ages of 12 and 15, the child’s decision “will prevail”

COVID-19 vaccines for healthy children between the ages of 12 and 15 are not being recommended by the UK’s vaccine advisory body, but the country’s four chief medical officers are currently reviewing this matter further.

Where an agreement to take up an offer of a coronavirus vaccine cannot be reached between parents and their children, the child’s decision “will prevail”, UK Health Secretary Sajid Javid has said.

The health secretary has said that consent will be sought from the parents of 12 to 15-year-olds over COVID-19 vacciness as it has been “for decades”, but that if a child is believed to be competent enough to make their own decision on the matter, they “will prevail”.

His comments suggest most individuals in this age category will be able to give their own consent to receive the COVID-19 vaccine if parents object to the jab.

The UK’s vaccine advisory body is not recommending coronavirus vaccines for healthy children aged between 12 and 15 – but the country’s four chief medical officers are currently reviewing the matter further.

The assessment that provided by the Joint Committee on Vaccination and Immunisation (JCVI) was that the corornavirus vaccine should not be recommended to those within this age group on health grounds alone, but the body advised that the government should look at the “wider issues” including the impact of COVID-19 on schooling.

This comes after a senior government scientist and Sage member has reportedly told the i newspaper that government ministers are planning ‘firebreak’ restrictions next month if coronavirus hospital admissions stay high.

The UK’s four chief medical officers will be providing further advice on the vaccination of young people within this age group following the assessment provided by the JCVI.

A final decision on whether COVID vaccines will be offered to those in this age bracket is expected to be “in the coming days”, Mr Javid told Sky News.

“I want to give them [the JCVI] the breathing space, it’s their independent view and that’s exactly what it should be. But I would expect to hear from them in the next few days,” he said.

Mr Javid added: “If there is a difference of opinion between the child and the parent then we have specialists that work in this area, the schools vaccination service. They would usually literally sit down with the parent and the child, and try to reach some kind of consensus.

“If ultimately that doesn’t work, as long as we believe that the child is competent enough to make this decision, then the child will prevail.”

Sources say that the government is keen to offer vaccinations to all children in that age group, and think that parents would find it reassuring.

The independent medicines regulator, the Medicines and Healthcare products Regulatory Agency, has approved both the Pfizer and Moderna vaccines for those who are aged 12 and over.

Efforts are already underway to recruit thousands of vaccinators for schools, and Education Secretary Gavin Williamson has previously said he “very much hopes” the under-16s could be vaccinated.

Asked how he would feel about children of his own, if in that age group, having COVID jabs, Mr Javid told Sky News: “I don’t think it’s appropriate for me to pass a judgment because I’m waiting for an independent view.”

On Tuesday, a clinical lead for COVID services said some children as young as 12 should be allowed to overrule their parents on whether they have the vaccine.

Dr David Strain told Sky News he believed there were 12-year-olds “mature enough” to decide to have the coronavirus jab without the consent of their legal guardians.

Dr Strain, a senior clinical lecturer at the University of Exeter Medical School, said a school nurse or GP could assess whether a child can consent to having the vaccine, even if their parents were opposed to it.

Last month, the UK’s vaccination programme was extended to all 16 and 17-year-olds, resulting in 1.4 million teenagers being offered a job.

At the weekend, Geoff Barton, general secretary of the Association of School and College Leaders, said he was disappointed by the decision from the JCVI not to recommend jabs for all 12 to 15-year-olds.

He added that while they respect the decision, it could mean that it is “more difficult during the autumn term and beyond to guard against educational disruption caused by transmission of the virus”.