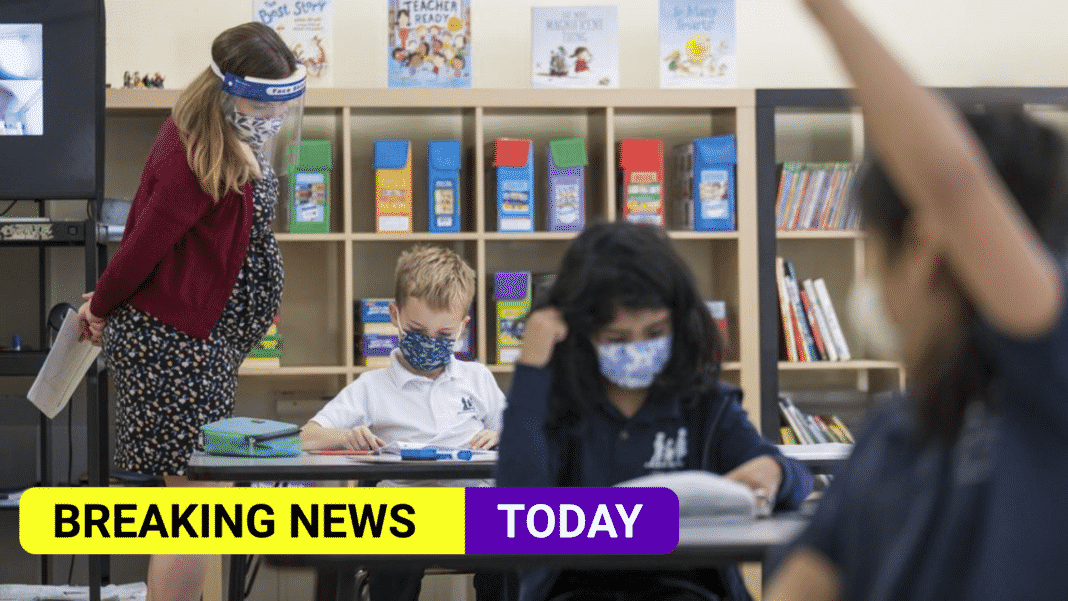 Schools are not “drivers” of infections of COVID-19, Public Health England’s medical director has now said

Dr Yvonne Doyle, Director for for Public Health England, said that she understood parents’ nervousness about schools returning after the summer within England, Wales and Northern Ireland, but she insisted that they were not “hubs of infection”.

Some have suggested that a surge in cases in Scotland, where pupils returned to the classroom in August, could be linked to the nation’s schools.

But Dr Doyle stressed that lots of measures to cut the spread of the coronavirus remained in place within schools.

Fewer measures are in place within schools than during last term, with both bubbles and masks no longer being put to use in England and Wales, while Northern Ireland has also scrapped the country’s social distancing requirements within schools.

Education Secretary Gavin Williamson told BBC Breakfast that it was right for children to have a “much more normal education experience”, when adults are able to go back to pubs, music festivals and theatres.

This comes after Award-winning radio presenter Lisa Shaw had died due to rare complications from the AstraZeneca coronavirus vaccine, a coroner has now ruled. The mother-of-one was diagnosed with a blood clot and referred for specialist treatment but died on the 21st of May this year.

He said that there needed to be a “sensible balance”, and that was the reason why mass testing of secondary school pupils has been taking place.

Dr Doyle said that there were lots of regimes in place already in order to prevent the spread, including extra cleaning, advice on better ventilation and testing for the virus.

She said: “We understand, and I understand fully, that parents may be nervous, but I would stress again that schools are not the drivers and not the hubs of infection.”

She added that Public Health England attributed some of the school-related coronavirus figures to the testing regime.

But Prof Calum Semple, a professor of child health and outbreak medicine at the University of Liverpool, said that because most of UK’s the adult population was now vaccinated for COVID-19, schools were likely to be a “greater part of the problem” when it came to the spreading of the coronavirus.

He said that while pupils were unlikely to get sick themselves, they could transmit the coronavirus to other people, and that this should be considered when discussing vaccinations for 12 to 15-year-olds.

Prof Semple said that his biggest worry was closing schools again because education was very important, but he said that school building stock was poor, with ventilation being an issue.

Among the measures that are currently being implemented for safety in schools within England, are carbon dioxide monitors to help improve ventilation, with 300,000 being made available, but when asked on BBC Breakfast, Gavin Williamson was unable to say how many were already in place.

Asked about vaccinations for 12 to 15-year-olds the education secretary said parents would find it “deeply reassuring to have a choice of whether their children should have a vaccination or not” and that he was “very keen” to hear the decision from the Joint Committee on Vaccination and Immunisation (JCVI).

This comes after a young Nazi sympathiser from Lincoln who had downloaded bomb-making instructions has now been sentenced to read classic novels, such as Pride and Prejudice instead

He said that the government was “ready to go” if it did decide to extend the eligibility to children that age.

Prof Anthony Harnden, deputy chairman of the JCVI, said there were many arguments for and against vaccinating the age group but said whatever decision the committee reached would be in children’s best interests.

Prof Calum Semple, who sits on the Scientific Advisory Group for Emergencies (Sage), said that it was a “really difficult judgement” with a fine balancing act between a “rare side effect”, in myocarditis, and the low risk from the coronavirus to children themselves and the impact of transmission on wider society.