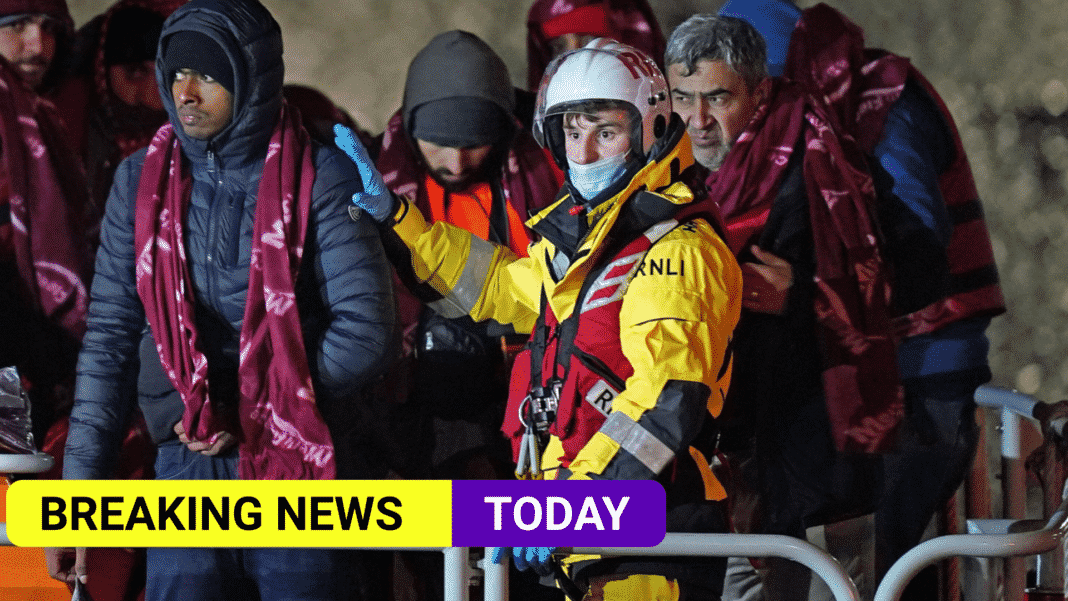 More people who were making the treacherous journey across the Channel from France have been brought ashore by UK authorities following what has been the deadliest day of the current migrant crisis.

At least 27 migrants died in the English Channel yesterday attempting the crossing, including children and women, one woman who was pregnant, when their small inflatable dinghy had been hit by another ship.

Further rescue efforts were under-way today and French police were seen combing the dunes on beaches in northern France.

The Refugee Council has released a statement paying tribute to the 27 people who died in the English Channel.

“Behind every single person that needlessly lost their life last night will be a person who was looking for safety, for protection and who had hope of a new life that now will never be realised,” said the NGO.

They encouraged the Government to adopt a “more compassionate” approach so that people do not need to turn to illegal and unsafe means of crossing the Channel.

“Rather than tougher measures that seek to punish and push away, or inaccurate and false statements that seek to dehumanise and, at worse, demonise people who cross the channel, we call on the Government to adopt a fairer, more compassionate and effective set of solutions,” they said.

“The only way to save lives on these dangerous routes is to stop people believing that these journeys are the only way to have a claim for asylum heard in the UK. “

Priti Patel will make a statement to MPs on migrant crossings, the House of Commons has confirmed.

She will make a speech at 10:30am and afterwards MPs will have the chance to ask her questions.

Kevin Foster, Minister for Safe and Legal Migration, has told LBC the UK is “keen to support” France with boots on the ground to help deal with the migrant crisis.

“We don’t need to view this as either a French or a British problem, but as one we need to work together on to come up with a solution,” Mr Foster told LBC.

“The French have worked to stop crossings this year – they’ve stopped 20,000 – but we’re keen to support them to do more, including providing not just financial resources but, for example, yesterday we provided a helicopter to assist with search and rescue.

“We’re keen to provide what we can to support the enforcement operations on the beach but also to come to agreements that, ultimately, can smash the business model of those who viewed those who died yesterday as nothing more than a profit-making opportunity.”

Here’s what we know so far: