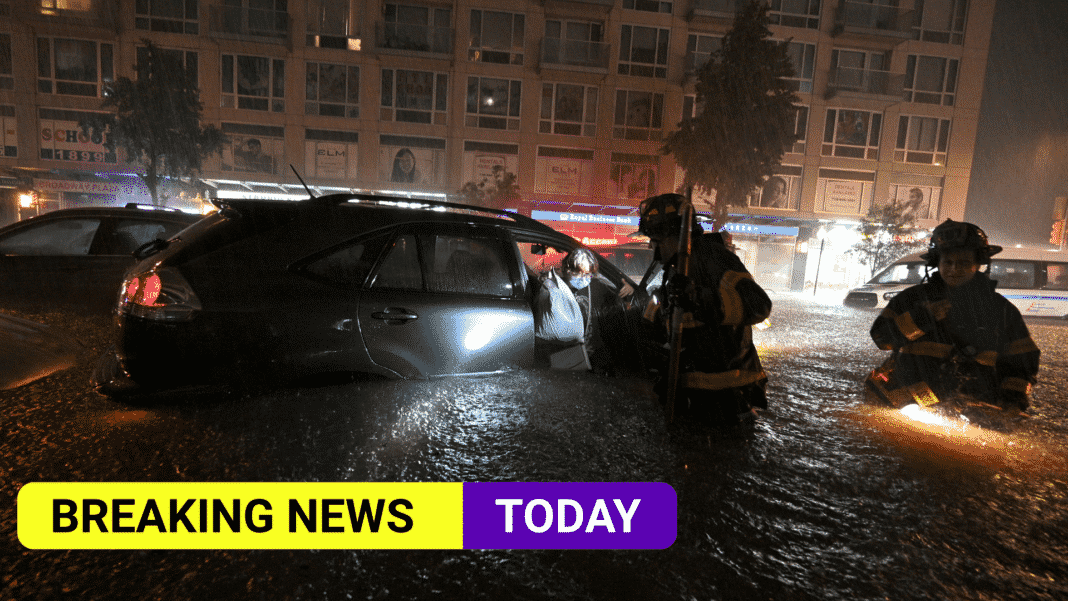 According to NBC, four of those who died were in New York City at the time of the downpour, while the other two were in New Jersey

Both Newark airport and the New York City Subway have suspended services as at least nine people have reportedly died in New York and New Jersey. Record rainfall has also been recorded within Central Park, with downpours expected to continue for several hours.

At least nine people have died after Storm Ida dumped a month’s worth of rain on parts of the United States’ east coast.

According to NBC, four of those who died were in New York City at the time of the downpour, while the other two were in New Jersey.

A state of emergency has been declared within both states after the remnants of a hurricane caused flash floods, with subway services in New York City being suspended.

Last night, New York City had suffered its wettest hour on record, with over 80mm of rainfall hitting Central Park in the space of 60 minutes.

That amount of rain eclipsed the previous record of 49mm that was set in the aftermath of Tropical Storm Henri just last month.

Parts of New Jersey, as well as Connecticut are also under a flash flood warning.

The casualties include a 19-year-old who was found dead at a flooded block of flats in Rockville, New Jersey, where water had almost reached the ceilings of the basement.

The New York City Fire Department said it responded to a report of flooding in Queens shortly after 11pm and one person taken from the building was pronounced dead.

According to the town’s mayor another victim in Passaic, New Jersey, was found dead in a vehicle that went underwear when it was caught in floodwaters near the Passaic River.

The National Weather Service said Wednesday was the first time it had issued a “flash flood emergency” for New York City.

The term is used for exceedingly rare situations in which a flash flood is posing a severe threat to human life and causing catastrophic damage – or will do so soon.

Flights in and out of Newark airport have been cancelled, and there was widespread disruption on railways.

“We’re enduring a historic weather event tonight with record-breaking rain across the city, brutal flooding and dangerous conditions on our roads.

“Please stay off the streets tonight and let our first responders and emergency services get their work done.

At least one tornado hit New Jersey, with posts on social media showing houses reduced to rubble by strong winds.

When Ida made landfall in Louisiana as a hurricane at the weekend, it left the city of New Orleans without electricity and caused huge amounts of damage.

The latest wave of devastation caused by Hurricane Ida comes as the UN warned that weather disasters are striking the world four to five times more often and causing seven times more damage than in the 1970s.