US completes withdrawal as final American soldier departs from Kabul 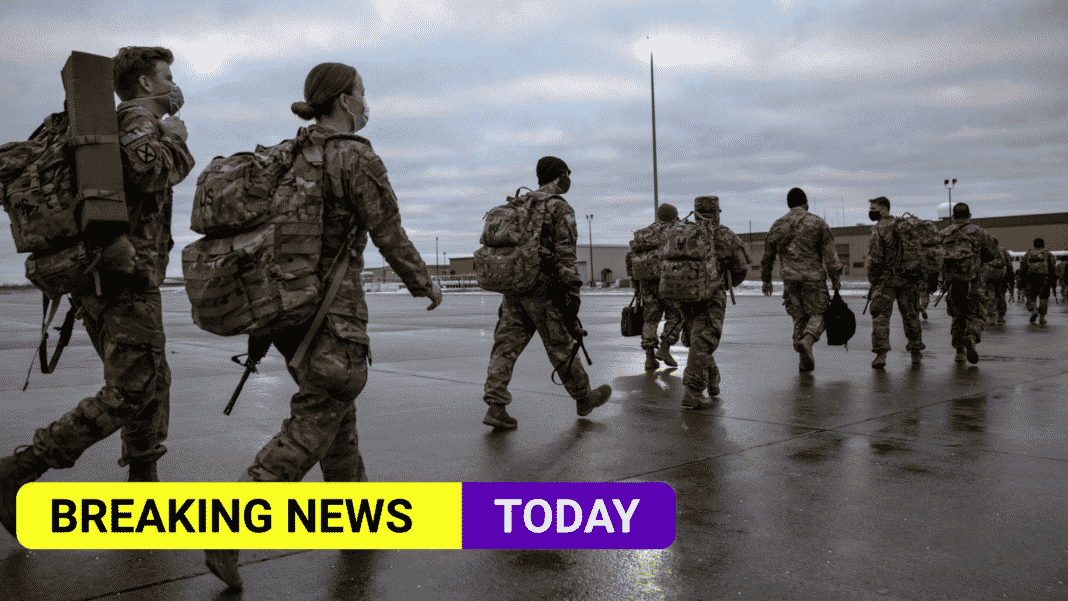 Joe Biden said that he will address the American people on Tuesday but in a statement hails the military’s “courage, professionalism, and resolve”

The United States military has completed its withdrawal from the nation of Afghanistan after the last of American C-17 planes has departed from the Kabul airport.

All US service members have now departed, bringing an end to a 20-year campaign that saw the deaths of over 2,400 American troops, as well as tens of thousands of Afghan civilians.

A photo of Major General Chris Donahue, who is the commander of the 82nd Airborne Division, boarding a C-17 cargo plane at the Kabul International airport was released by the US Department of Defence, as he was the final US service member to leave Afghanistan.

General Kenneth F McKenzie earlier announced that the “completion of our withdrawal” during a press conference that took place at The Pentagon.

He said that the US ambassador to Afghanistan, Ross Wilson, was also on the last flight from Kabul.

Secretary of State Antony Blinken said that the US’s diplomatic mission to the country would operate from Doha, Qatar, for the time being, as the United States enters a “new chapter” in ties with the country.

“The last C-17 lifted off on 30 August at 3.29pm (EDT) and the last manned aircraft is clearing the airspace above Afghanistan now,” said Gen McKenzie, head of US Central Command.

Taliban spokesperson Qari Yusuf said it meant Afghanistan had “gained complete independence”, Al Jazeera TV had reported, with militant fighters near the airport firing into the air in a form of celebration.

US President Joe Biden said that he would address the American people on Tuesday afternoon but had hailed the military’s “courage, professionalism, and resolve” in a statement.

“The past 17 days have seen our troops execute the largest airlift in US history, evacuating over 120,000 US citizens, citizens of our allies, and Afghan allies of the United States,” he said.

However, General McKenzie acknowledged that while the “vast majority” of Americans who wanted to leave Afghanistan were able to, not everyone managed to get out and that diplomatic means of departure would now be used.

He also warned that an estimated number of 2,000 “hardcore” ISIS fighters were still present within Afghanistan.

It also claimed responsibility for a rocket attack that happened at the airport on Monday.

The Taliban established that there was a “firm perimeter” as the final flight left, said that General McKenzie, and were “helpful and useful” as the US had drawn a line under two weeks of frantic airlifts from the country.

This comes after officials have said that two explosions have taken place outside Kabul airport amid the evacuations of thousands of people from Western nations. UK defence sources said one of the explosions took place by a hotel where British troops and journalists have been staying.

Tens of thousands of Afghans waited at the airport in desperate conditions in the hope of escaping the new Taliban regime.

However, many have criticised him for pushing ahead with the wind-down after the Taliban seized the opportunity to quickly overrun the Afghan military and take power.

There are fears that – despite their assurances – the group will reimpose their violent form of Sharia law that previously saw women’s rights reduced to practically zero.

Following the 9/11 attacks in 2001, America went into Afghanistan to stop al Qaeda using the country as a base in order to plan any further terrorist attacks.

However, the US presence ended up spanning three decades and became deeply unpopular.

General McKenzie told reporters that it had “brought Osama bin Laden to a just end, along with many of his al Qaeda co-conspirators”, but that the war was “not a cheap mission”.

UK efforts to airlift British nationals from Kabul and people such as interpreters who had helped the country ended on Friday.