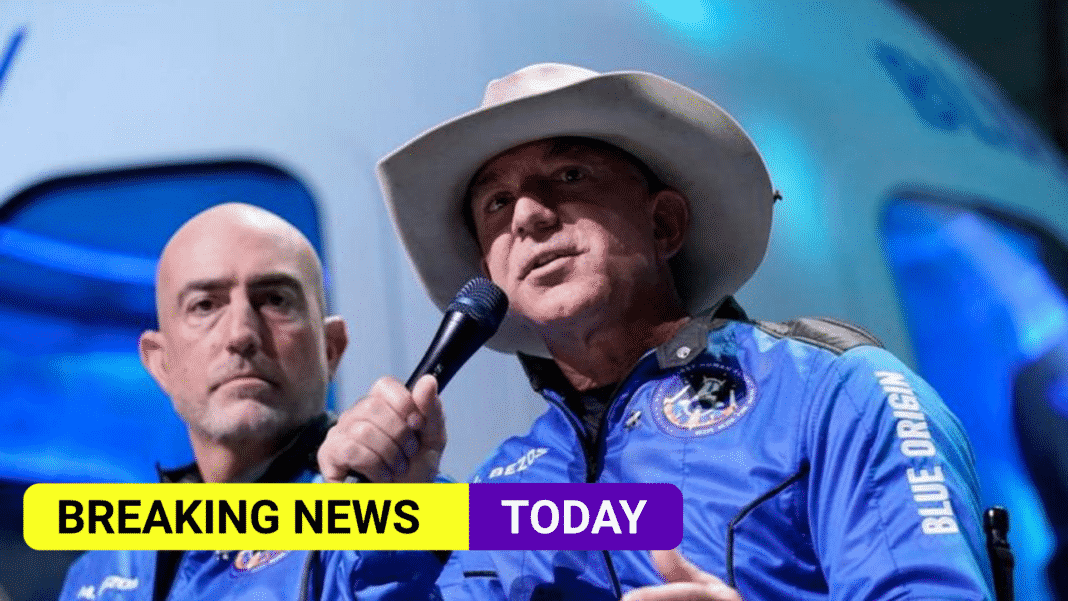 Billionaire Jeff Bezos has thanked his Amazon employees, as well as customers for paying for his leisure voyage to space, but his remarks have since prompted criticism from many, including politicians and celebrities.

During a news conference following his space flight aboard Blue Origin’s New Shepard, Mr Bezos said: “I also want to thank every Amazon employee and every Amazon customer because you guys paid for all of this.”

But critics had been quick to point out that Amazon workers have complained for years of poor working conditions, as well as long hours and low pay, and have also accused the company’s founder of not paying his fair share of taxes and tax avoidance practices.

US congressional representative Alexandria Ocasio-Cortez has said on Twitter: “Yes Amazon workers did pay for this – with lower wages, union-busting, a frenzied and inhumane workplace and deliver drivers not having health insurance during a pandemic.

“Amazon customers are paying for it with Amazon abusing their market power to hurt small businesses.”

This comes after, the founder and CEO of Amazon is set to step down from running the company as it reported record revenues for its core Christmas quarter for 2020, topping $100bn (£73.1bn) for the first time due to help from the COVID-19 pandemic.

And Senator and former presidential candidate, Elizabeth Warren, accused the founder of Amazon, who recently stepped down as the company’s CEO, of not paying taxes, calling for a national “wealth tax” in the United States.

“Jeff Bezos forgot to thank all the hardworking Americans who actually paid taxes to keep this country running while he and Amazon paid nothing,” she said.

“I am pushing for three changes to our tax laws…to make billionaires and mega-corporations start paying their fair share.”

And Representative Earl Blumenauer is now calling for a US tax on space travel.

“Space travel isn’t a tax-free holiday for the wealthy. We pay taxes on plane tickets,” he wrote.

“Billionaires flying into space – producing no scientific value – should do the same and then some!”

Mr Blumenauer had expressed his concerns of the environmental effect of space tourism flights and said that he has introduced legislation aiming to make passengers on such flights pay taxes to offset the pollution impact.

Mr Bezos was also criticised by politicians outside of the United States, with the leader of Canada’s New Democratic Party, Jagmeet Singh, calling for the “ultra-rich to pay their fair share” of tax.

He wrote: “Jeff Bezos’s space flight lasted 11 minutes. During the pandemic, every 11 minutes he got about 1.6 million dollars richer.

“All while, Justin Trudeau allowed Amazon to pay $0 in taxes.”

The Daily Show, which is hosted by comedian Trevor Noah, highlighted the working conditions of Amazon workers after Mr Bezos’s flight.

“Jeff Bezos was in space for five minutes – or as it’s known at the Amazon warehouse, your allotted break time for a 16-hour day,” they said.

According to the non-profit investigative journalism organisation ProPublica, Mr Bezos paid no income tax in 2007 and 2011.