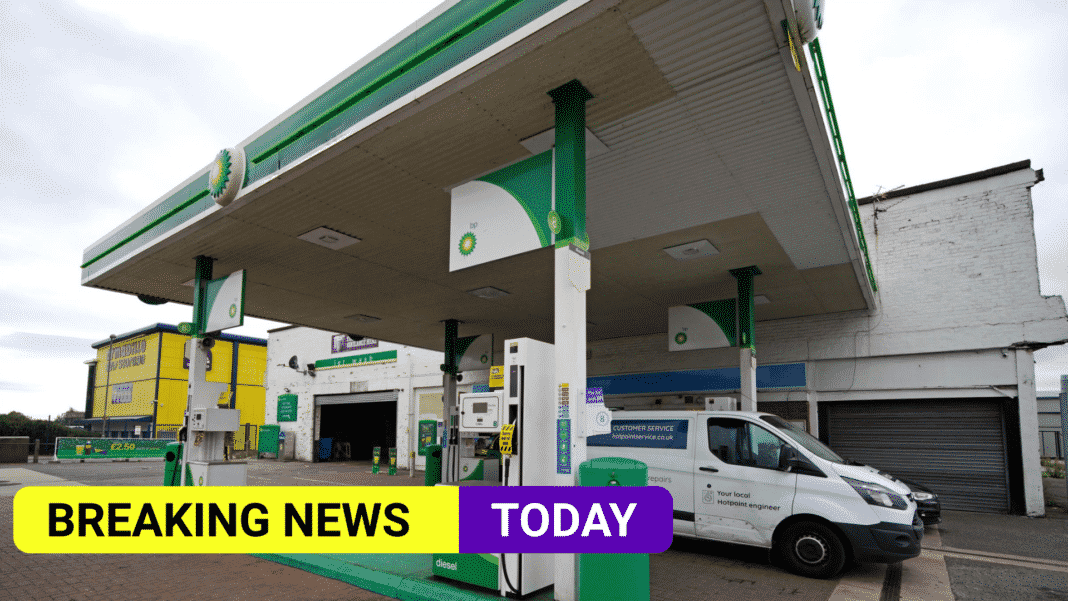 The company insists it has plenty of fuel but too few delivery drivers to keep up with demand as petrol provision becomes the latest front in the country’s supply chain difficulties.

BP has closed a number of their UK petrol stations as the company gets to grips with the current delivery problems that it has blamed on the national shortage of HGV and tanker drivers.

The company, which experienced similar disruption in July, they said that of its 1,200-strong forecourts were experiencing the driver shortages and it was “prioritising” them in order to ensure that they got re-stocked first.

It is understood that there is no question of rationing as a BP source has said that it implied that a shortage of diesel and petrol and that was not the case as stocks are plentiful throughout the country.

A statement said: “We are experiencing fuel supply issues at some of our retail sites in the UK and unfortunately have therefore seen a handful of sites temporarily close due to a lack of both unleaded and diesel grades.

“These have been caused by delays in the supply chain, which has been impacted by industry-wide driver shortages across the UK and we are working hard to address this issue.

“We continue to work with our haulier supplier to minimise disruption and to ensure efficient and effective deliveries to serve our customers.

“We apologise for any inconvenience caused.”

The fuel delivery trouble marks yet another front in the fight against the UK’s supply chain disruption that has been caused by the nationwide shortage of qualified HGV and tanker drivers, estimated at more than 100,000 by an industry body.

It has formed part of the country’s growing inflation problem as pay rises, attracting more drivers and retaining them, adds to surging bills from stiff competition for the swift delivery of many goods.

BP is understood to have been expressing concerns about the national driver shortage issue at a meeting that took place with government officials last week.

It warned the officials of a looming squeeze on the ability to get product from refineries to forecourts.

According to ITV News, the company’s head of UK retail Hanna Hofer said it was important the government understood the “urgency of the situation”, which she described as “bad, very bad”, with BP having “two-thirds of normal forecourt stock levels.. for smooth operations”.

The Road Haulage Association has led to calls for government ministers to back down on their refusal in adding EU drivers to the Shortage Occupation List, which bypasses the post-Brexit legislation on immigration.

The boss of Iceland Foods has since showed support for the industry’s position as supermarket, and other consumer brands, have warned of the prospect of Christmas shortages without a flood of additional help to get supplies through.

Ministers have argued that the HGV driver problem is a Europe-wide issue, rather than solely a UK issue, and it is providing additional support in the form of cutting red tape to aid recruitment and testing.