Brexit impact ‘will get worse’, with a supermarket shop costing more 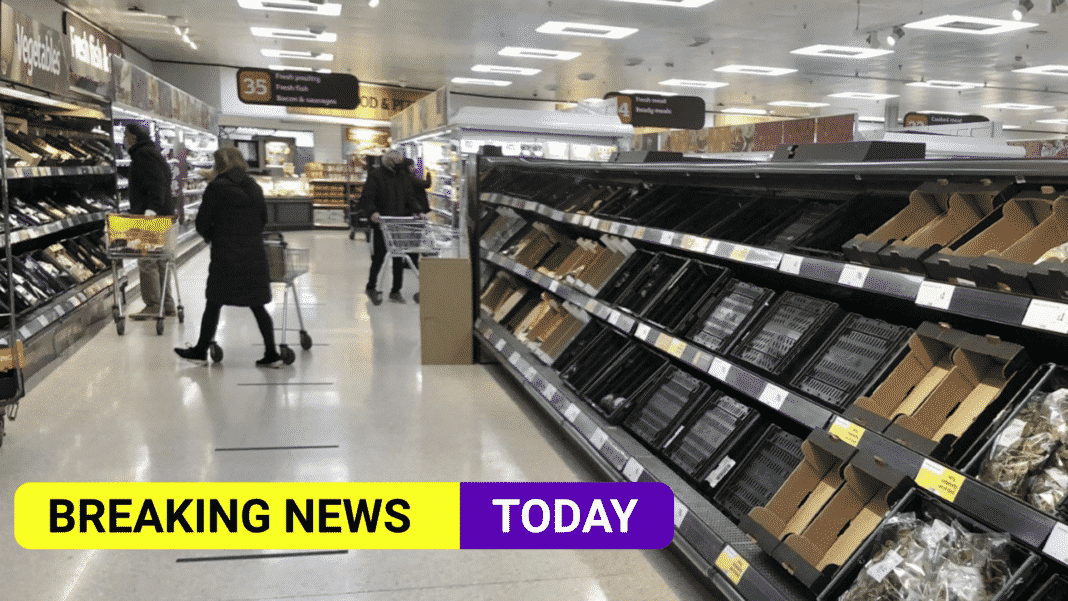 A leading customs expert, who predicted the HGV truck driver shortage and issues causes by the sea border in the Irish Sea, believe that delayed bureaucratic customs laws will lead to meat and fruit and vegetables from the EU being too costly to import.

The full impact of Brexit to both businesses and consumers within the UK will not be felt until next year with shortages set to be worsening in many sectors ranging from food to building materials, a leading customs expert has now claimed.

Simon Sutcliffe, who is a partner at tax and advisory firm Blick Rothenberg, believes Government delays in implementing post-Brexit customs laws have “softened the impact” of the UK’s exit from the European Union, and that “things will get worse” when they are finally brought in from January 2022.

Despite leaving the European Union on the 1st of January 2020, the Government has delayed many of the customs laws that were due to come into force last year.

This comes after Britain is facing a “baby shortage” that could lead to “long-term economic stagnation”, a thinktank has said. Last year the number of children per woman averaged 1.58 in England and Wales, compared with 2.93 in 1964 – its peak year.

The requirement for pre-notification of arrival into the UK for agri-food imports will be introduced on the 1st of January 2022 instead of the already delayed date of the 1st of October this year.

The new requirements for Export Health Certificates will now be introduced even later, on the 1st of July next year.

Controls to both protect animals and plants from diseases, pests, or contaminants will also be delayed until the 1st of July 2022, as will the requirement for import Safety and Security declarations.

When these laws, which also include the customs declaration system, are brought in Mr Sutcliffe believes the food and raw material shortages already experienced to some extent – especially in Northern Ireland – will worsen on the mainland with some products disappearing from supermarket shelves for the foreseeable future.

Mr Sutcliffe, who was among the first to predict the truck driver shortage and border issues in Northern Ireland, said: “Once these extra extensions come to an end we’re going to be in a whole world of pain for until importers get to grips with it just like the exporters from the UK to the EU have had to already.

“The cost of the bureaucracy involved will mean many retailers will simply not stock some products from the EU any longer.

If you know your fruit delivery is stuck in a UK port for 10 days waiting to be checked, then you’re not going to bother importing it as it’ll go off before it even reaches the store.

“We’re looking at all kinds of products disappearing from supermarkets, from salami to cheeses, because they will just be too expensive to ship in. While a few boutique delicatessens may stock these products, they will become a more expensive and be harder to find.”

He added that the supermarket shop in the UK will also face steep price rises as the cost of importing even basic products into the country such as fresh meat, milk, eggs and vegetables will be costing retailers more.

“The retailers will not have much choice but to pass on at least some of the increased costs to the consumer,” said Mr Sutcliffe. “In other words, consumers will have less choice and will have to pay more for their weekly shop.”

A spokesperson for No 10 said: “We want businesses to focus on their recovery from the pandemic rather than have to deal with new requirements at the border, which is why we’ve set out a pragmatic new timetable for introducing full border controls.

“Businesses will now have more time to prepare for these controls which will be phased in throughout 2022”.