“Brexit Could Bring Unimaginable Consequences for The UK’s Energy Supply” 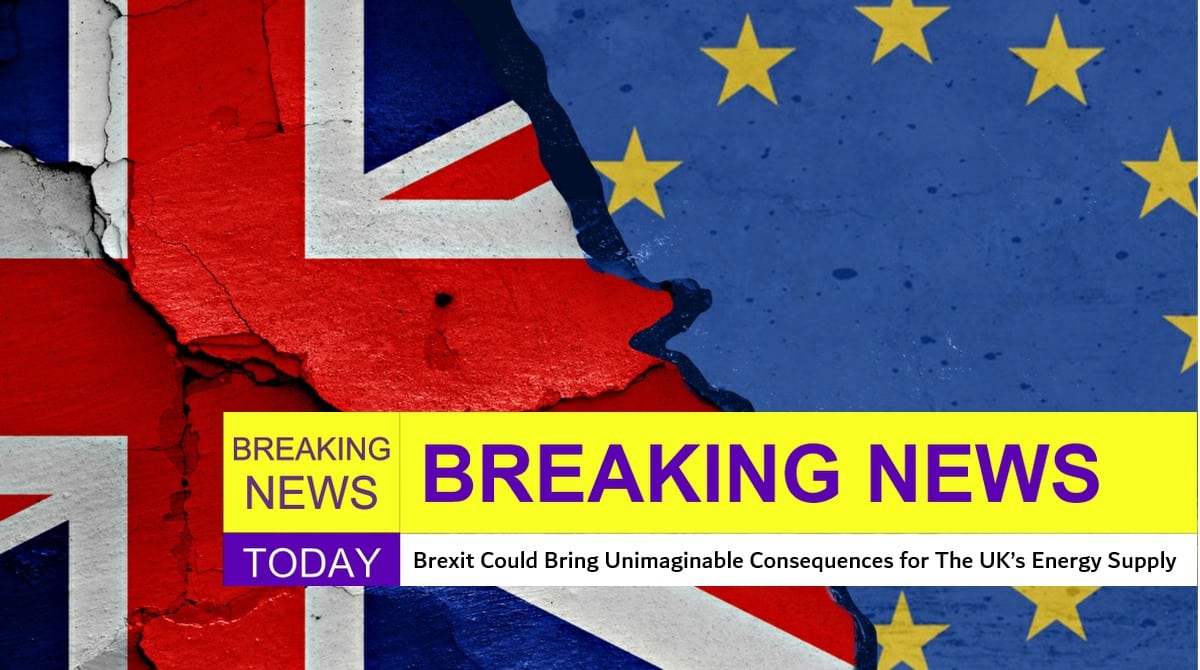 Over 40% of the UK’s energy supply comes from imports, once we leave the EU and are effectively left to fend for ourselves there will be a steep climb in fuel prices, in the worst-case scenario we could lose a high percentage of those imports altogether.

The uncertainty that surrounds the outcome of Brexit in 2019 will likely manifest itself in huge price fluctuations leading to spiralling costs, not only due to the weakened pound but also the trade deals attached to the EU itself.

The UK power reserves are currently at the lowest for over a generation, around 5% margin of capacity over demand, losing just a small percentage of imports could mean disaster for our electricity supply, this could lead to wide spread blackouts especially at times of peak demand.

Without taking this in to consideration Experts have predicted that demand could out strip supply by 40% to 55% by the middle of the next decade, UK homes could soon be left to fend for themselves and create electricity through generators or renewable energy sources such as solar PV and battery storage systems.

Only 4 new gas-fired power stations have been built in the last 10 years, the IMechE advises a greater focus on shale gas exploration in the UK, which has yet to produce any new gas supplies. Although interconnectors with other European countries, including Norway, Ireland and the Netherlands, could ease the problem, they would not alone provide a solution, the report concluded.

Even this plan could be stumped by Brexit, where will the UK look to next we ask?

A spokesperson for the UK’s largest online solar campaign Solar Panel Funding said it is receiving twice the number of daily enquiries, as thousands of people who previously dismissed the idea of installing solar panels look to protect their families with a permanent solution.

High power output solar panels and battery storage systems are now able to produce enough electricity to power a 3-bed home with 4 occupants for a year, in some cases taking the home almost entirely off the grid.

Now you may think you are clever going out to buy a generator…….. wrong, experts predict that Brexit could see fuel prices could rise by up to 50% in the first year, as imports dry up we could see a fuel shortage worse than ever before.

The only way to guarantee sustained power is to reduce our reliance on the grid and fossil fuels.