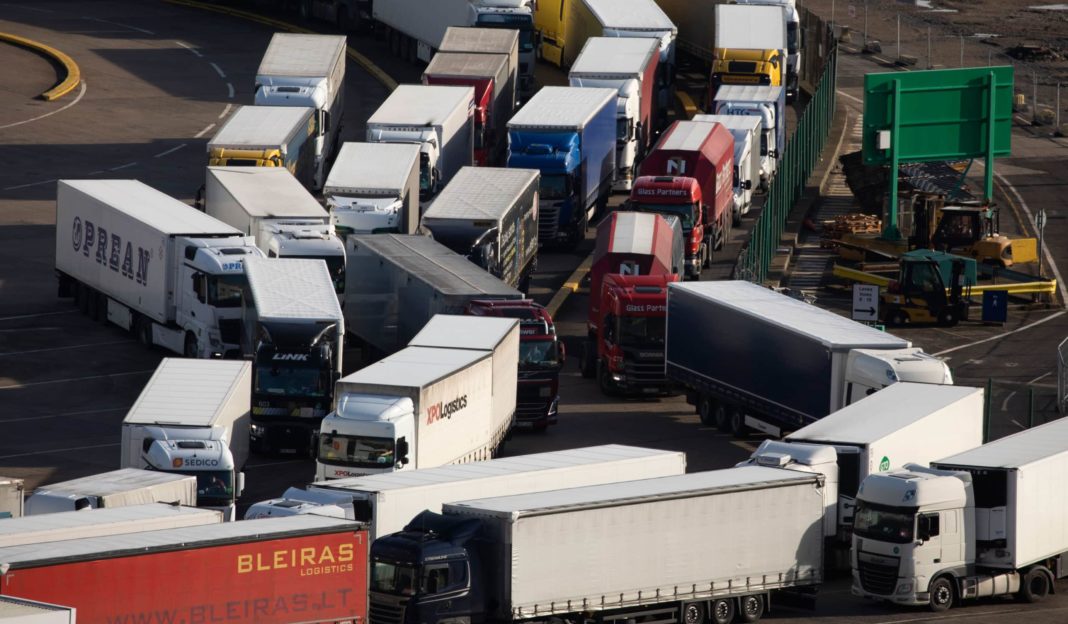 The Conservative government has claimed that Brexit has already proven to be “big success” despite new surveys showing that most British exports are struggling with red tape.

Treasury minister Simon Clarke said the UK’s exit from the EU had –
“Allowed us to get rid of a load of red tape – it has been a big success already”.

These claim come despite huge lorry queues at Dover as drivers get snarled up in red tape, and a new survey showing that most British exporters are struggling with customs controls.

Some 60 per cent of exporting firms surveyed by the British Chambers of Commerce (BCC) reported difficulties in trading with the EU – an increase from 49 per cent in January 2021.

The business body called of “urgent action” from the government to ease trading barriers with Europe on the second anniversary of the UK’s departure from the bloc.

Though the BCC survey results relate to November 2021, the business body said the pictures of lorries stacked up near Dover offered a “vivid illustration” of additional problems with trade since full customs controls were introduced on 1 January.

“One of the issues at Dover currently appears to be linked to the export of food products across the Channel,” said William Bain, head of trade policy at the BCC.

“Like many of the problems this looks to be down to a differing interpretation of how the trade arrangements work after leaving the EU.”

The additional time is down to the codes needed for government’s new Goods Vehicle Movement Service (GVMS) system and other export paperwork.

Though exports checks have been in place since last January, companies had 60 days to fill in customs forms after exporting. But since 1 January, the forms have to be completed in full – adding to the pressure on the GVMS and customs agents at the border.

Even longer delays have been experienced on the French side at Calais because of the additional red tape and rules of origin forms needed for imports from the EU into the UK since 1 January 2022.

The BCC called on both London and Brussels to streamline some of the red tape, suggesting they could “eliminate or greatly reduce” the complexity of export health certificates required of food exporters.

“We won’t diverge for the sake of it, but we are going to make sure this is the number one place to do business and invest because of the freedoms that we have,” he told broadcasters during a visit to Tilbury docks.