Donald Trump urges his supporters to get COVID-19 vaccine 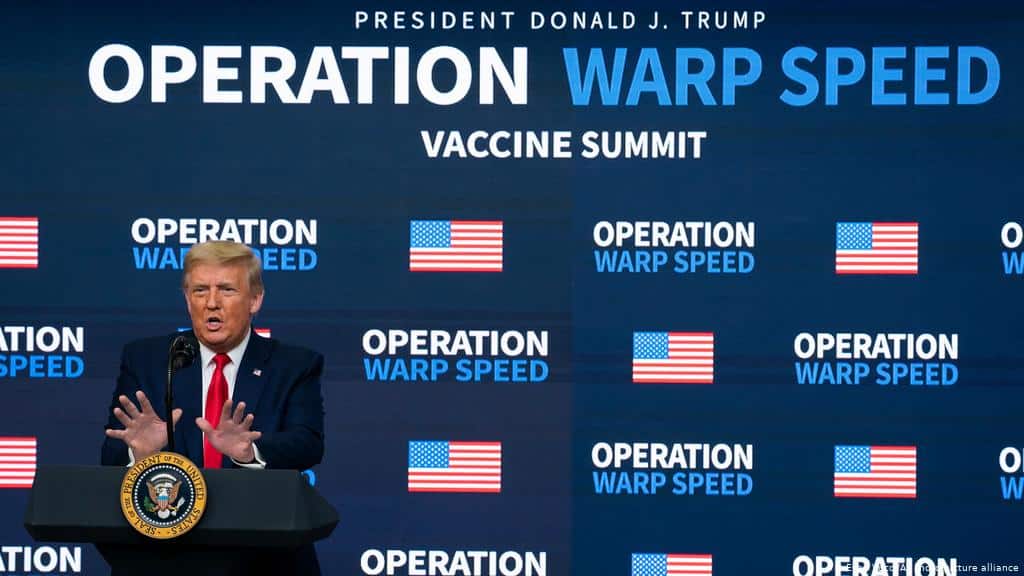 Donald Trump has urged his Republican supporters to get vaccinated against the novel coronavirus.

During a TV interview with the right-wing Fox News, the former US president said that the vaccine is “safe” and “something that works”.

He said that he would recommend coronavirus vaccination to “a lot of people that don’t want to get it, and a lot of those people voted for me”.

Mr Trump acknowledged that people were free to decide for themselves whether they want to be vaccinated against COVID-19.

This comes after Donald Trump has suggested that he may be running for president again in 2024, amid an angry attack on President Joe Biden in his first major address since he left the White House.

“We have our freedoms and we have to live by that and I agree with that also,” he said.

“But it is a great vaccine. It is a safe vaccine and it is something that works,” he added.

Republican hesitancy about receiving the vaccine is strong, according to a new poll from The Associated Press-NORC Centre for Public Affairs Research.

It found 42% of Republicans say they probably or definitely will not have the jab, compared with 17% of Democrats, which is a 25 point difference.

Mr Trump urged those attending the annual Conservative Political Action Conference in February to get vaccinated: “Everybody, go get your shot.”

However, the 45th president did not disclose whether or not that he had received a vaccine.

He and his wife Melania were vaccinated in private before leaving the White House in January, a Trump adviser revealed earlier this month.

It is not clear which vaccine they received and their vaccination was not disclosed at the time by the Trump administration.

The official White House photographer was also not present to document the event, according to US media reports.

This comes after eight people have been killed in shootings that took place at massage parlours in and around the city of Atlanta, in Georgia. A 21-year-old man is suspected of carrying out all three of the shootings and has since been arrested.

Mr Biden has pledged that all American adults will be eligible for a vaccine by 1 May.

He said his goal is to get the country “closer to normal” by 4 July, so Americans can celebrate Independence Day with their loved ones.