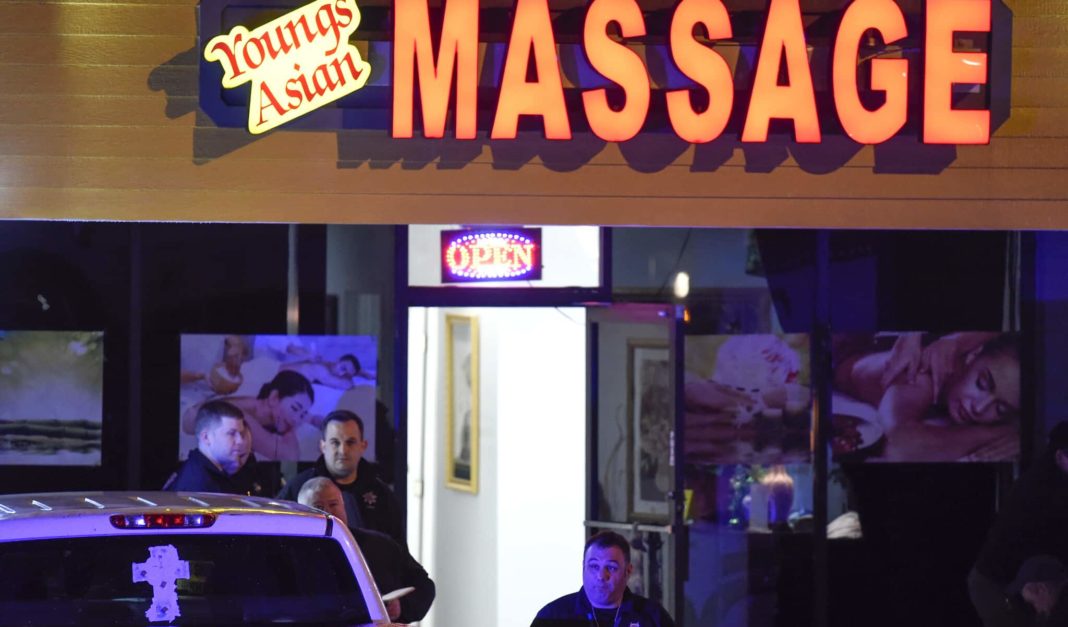 Three separate Asian massage parlours in Atlanta, appear to have been targeted by the same man, who is now in police custody

Eight people have been killed in shootings that took place at massage parlours in and around the city of Atlanta, in Georgia.

A 21-year-old man is suspected of carrying out all three of the shootings and has since been arrested.

The attacks began at around 5pm local time, when five people were shot at the Youngs Asian Massage Parlour in a shopping mall near a rural area in Acworth, around 30 miles north of Atlanta, a Cherokee County Sheriff’s Office spokesman, Captain Jay Baker, has said.

Two people had died at the scene and three were taken to hospital where two more succumbed to their injuries. Captain Baker said two of the dead were Asian women, along with a white woman and a white man.

This comes after Donald Trump has suggested that he may be running for president again in 2024, amid an angry attack on President Joe Biden in his first major address since he left the White House.

Around 50 minutes later, police called to reports of a robbery at the Gold Spa in the Buckhead neighbourhood of Atlanta found the bodies of three women.

While at the scene, they learned of a call that was reporting that shots had been fired at another spa across the street, called Aromatherapy Spa, and found a woman who had appeared to have been killed inside the business.

Atlanta police’s Chief Rodney Bryant said all the victims of the two attacks in the city appeared to be Asian.

Surveillance cameras picked up the same vehicle at all three shootings.

Around two hours after the last attack, police in Crisp County, 150 miles (241km) south of Atlanta, were informed that the suspect, Robert Aaron Long, was heading in their direction.

Crisp County Sheriff Billy Hancock has said that deputies and troopers set up alongside the interstate and “made contact with the suspect,” who had been driving a 2007 black Hyundai Tucson, at around 8:30pm.

This comes after those who have received the required vaccinations can visit with other vaccinated people, as well as some unvaccinated people, according to the new set of US guidelines. The CDC have said that people are set to considered protected from the coronavirus two weeks after they receive the final dose of their COVID-19 vaccine.

These killings came amid a recent wave of attacks against Asian Americans that had coincided with the spread of COVID-19 across the United States.

In New York an NYPD spokesperson told Sky News they are deploying counterterrorism officers to Asian communities throughout the city out of an abundance of caution following the Atlanta shootings.