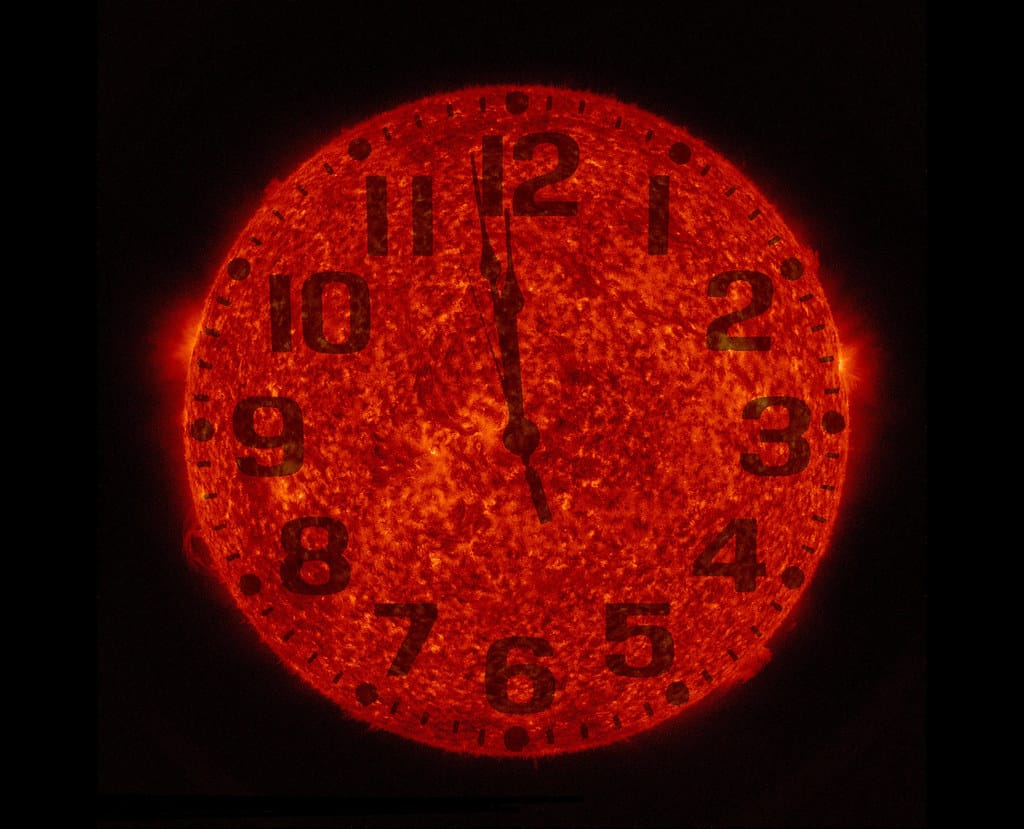 The Doomsday clock has kept tabs on the probability of humanities demise since its creation in 1947. This Thursday, a group of scientists will once again unveil it for the 75th time and determine our time left on earth.

The hands of the clock have stayed at 100 seconds to midnight for the past two years however, with the increasing threat of war looming between Russia and Ukraine, multiple worldwide climate disasters, the coronavirus, and conflicts in space, it is unlikely the panel of atomic scientist will move the hands of time backwards.

‘For 75 years, the Doomsday Clock has acted as a metaphor for how close humanity is to self-annihilation,’ reads the Bulletin of Atomic Scientists’

‘Since 1947, it has also served as a call-to-action to reverse the hands, which have moved backwards before.’

US scientists who were previously involved in the Manhattan project originally founded the clock. These scientists and the Manhattan Project saw the development of the first nuclear weapons of war and stand as a stark reminder of how close humanity is to a complete global catastrophe.

An artist by the name of Mrtyl Langsdorf was commissioned to create the clock, he was told to create something that would ‘frighten men into rationality’ according to the first editor of the Bulletin of Atomic Scientists, Eugene Rabinowitch

Langsdorf created a stripped-back clock to reflect the urgency of our situation, with only the hours in the last quarter before midnight shown on the face.

It was also her decision to put the minute hand at seven minutes before midnight, which was just meant to be a visual.

She was also the one to move the hand to three minutes to in 1949.
Since these times, the Bulletin of Atomic Scientists has annually announced if the Doomsday Clock’s minute hand has moved closer to or away from midnight, which marks disaster.

The time is determined by the panel of scientists who look over events throughout the year.

These events can include energy, politics, diplomacy, weapons, climate science, along with possible sources of threat like climate change, artificial intelligence, or nuclear threats.

And It has been set backward and forward 24 times since 1947.

The Doomsday clock first moved to 100 seconds to midnight in January 2020, and remained there in 2021 – in part due to a ‘lack of action’ over the COVID-19 pandemic.