Dragonflies spread north due to the warming world 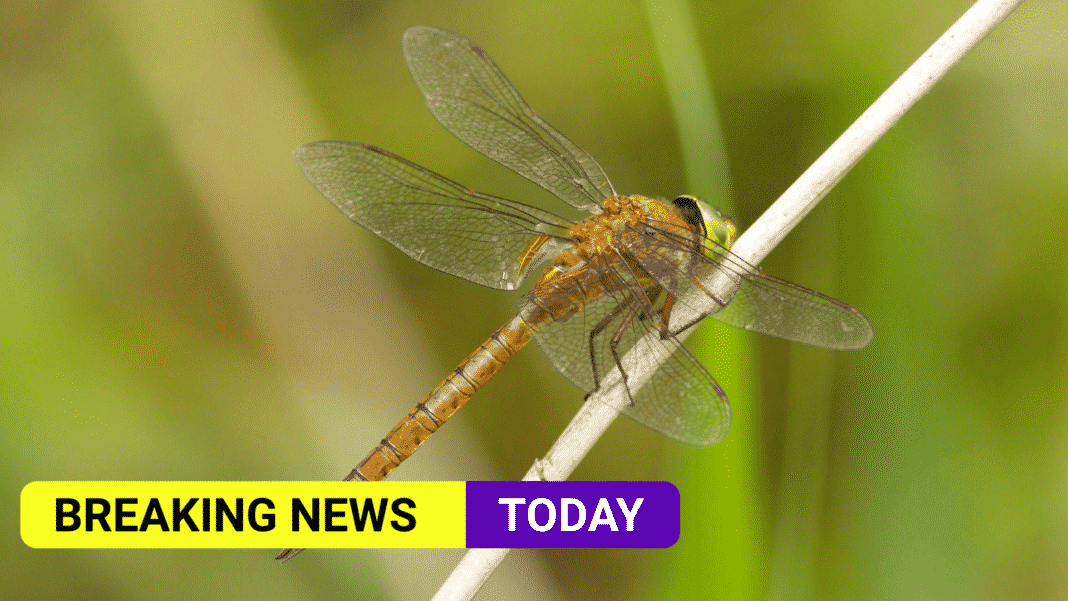 Over 40% of species of Dragonflies have increased their distribution since 1970, while only about 10% have since declined, according to a new report.

Experts from the British Dragonfly Society have said that it’s an indicator of the global effects of climate change.

There is a concern over the loss of populations of many insects as a result of factors such as pollution and the loss of their habitats.

Conservation officer Eleanor Colver has said that while their data can determine where dragonflies currently are, it cannot determine exactly how many of them there are and whether or not their numbers have increased overall.

“Factors such as the use of pesticides (reducing their flying insect prey), water pollution and habitat loss continue to threaten the health of dragonfly populations within species’ existing ranges,” she said.

The report, titled State of Dragonflies 2021, incorporates a total of 1.4 million records from 17,000 different recorders gathered from the year 1970 onwards.

It assesses the activities of 46 species of dragonflies and their close relative, the damselflies, across both Britain and Ireland.

Since the year 1995, several species have reached Britain from southern Europe for the first time, and at least two more species have reappeared following long absences.

Species that have been studied to be expanding their range include the emperor dragonfly, migrant hawker, ruddy darter, black-tailed skimmer and small red-eyed damselfly.

In contrast, some upland and northern dragonflies are in retreat, including the black darter and common hawker, perhaps because of the loss of peatbogs or the occurrence of extreme droughts.

“The increase in many species, if not all, we can put down to a combination of climate warming and more or better wetland habitats such as an increase in the number of ponds, lakes, gravel-pits and reservoirs in recent decades,” said Dave Smallshire, co-editor of the report.

But people should not get the message that all is “tickety-boo with dragonflies”, he added.

“The overwhelming message is that global climate change – and in the case of Britain and Ireland – significant climate warming is likely to have had an over-riding effect on many of these changes,” he said.

Dragonflies are fast-flying, four-winged insects with long bodies and large eyes. They were some of the first winged insects to evolve, some 300 million years ago.

Scientists across the globe are increasingly concerned about the decline of several populations of the world’s insects.

One scientific review of insect numbers in 2019 had pointed to 40% of species undergoing “dramatic rates of decline” globally.

The study said that bees, ants and beetles have been disappearing eight times faster than mammals, birds or reptiles, while other species, such as houseflies and cockroaches, were likely to flourish.