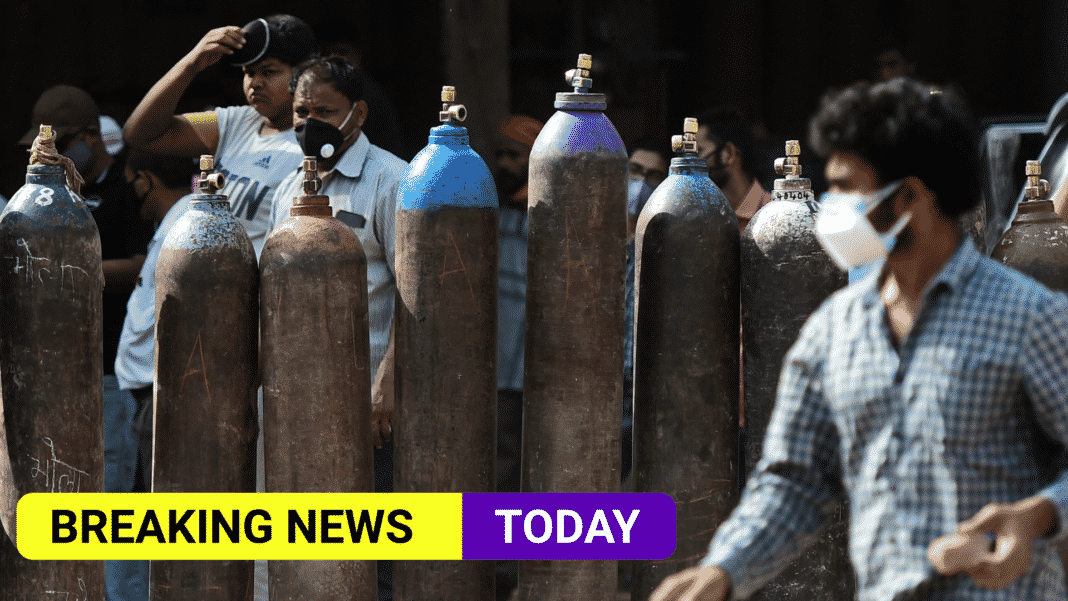 Medical supplies from the UK arrived in India on Tuesday, the first international shipment aimed at slowing the devastating COVID-19 surge

Oxygen cylinders and ventilators landed in Delhi, but far more will be required, with India recording 320,000 new coronavirus infections on Tuesday, with total deaths rising close to 200,000.

Many hospitals in India are currently overwhelmed, with sick people waiting in the city streets outside.

The US, France and Germany are among some of the nations that are sending desperately needed aid.

Zarir Udwadia, a doctor and government adviser working in Mumbai, told the BBC that the currently pledged supplies from the UK were a “drop in the ocean” and would have limited effects. He said he had been seeing “ward after ward full of patients struggling to breathe on ventilators of different forms and shapes”.

This comes after, on Monday, India had recorded a new global high for daily COVID-19 cases for a fifth day in a row at 352,991. Many people have turned to the black market, where prices of the essential medicines, oxygen cylinders and concentrators have since skyrocketed and questionable drugs are now proliferating.

Dr Udwadia said that the complacency over getting vaccinated for COVID-19 during the first wave of the disease had now given way to long lines of people waiting outside of medical centres jostling to get the jabs.

Although, the statistics for India currently stand at 17.6 million cases with 197,500 deaths, with some believing that the real figures to be much higher than that. One investigation by NDTV found out that over the past week in the city of Delhi alone some 1,158 fatalities may have gone unrecorded.

The UK shipment of 200 pieces of equipment, including ventilators as well as oxygen concentrators, which will help hospitals manage oxygen supplies, had been unloaded at Delhi airport on Tuesday.

Arindam Bagchi, a spokesperson for the Foreign ministry, said that it was “international co-operation at work”, but it is just the first in what needs to be a flood of supplies into the nation of 1.3 billion people.

US President Joe Biden had said on Monday that he would send up to 60 million doses of the AstraZeneca vaccine for COVID-19 abroad and, although the destinations were not given, India could be a prime recipient.

Tedros Adhanom Ghebreyesus, the World Health Organization chief, said it was “doing everything we can, providing critical equipment and supplies”.

France is set to send over oxygen production units, as well as both oxygen cylinders and respirators, and some shipments of empty cylinders from Thailand and Singapore have already arrived in India.

And India has stepped up in its own efforts, with the first “Oxygen Express” train, which aims to transport 70 tonnes of oxygen, arriving in the capital.

The surge varies from state to state, with Maharashtra, Uttar Pradesh, Karnataka and Kerala, along with Delhi, among those badly affected.

Around many Indian cities, images show people waiting outside hospitals in ambulances or lying on makeshift beds, while elsewhere flames rise from the funeral pyres of victims.