Hurricane Ida to push ‘heatwave’ with thunderstorms to UK next week 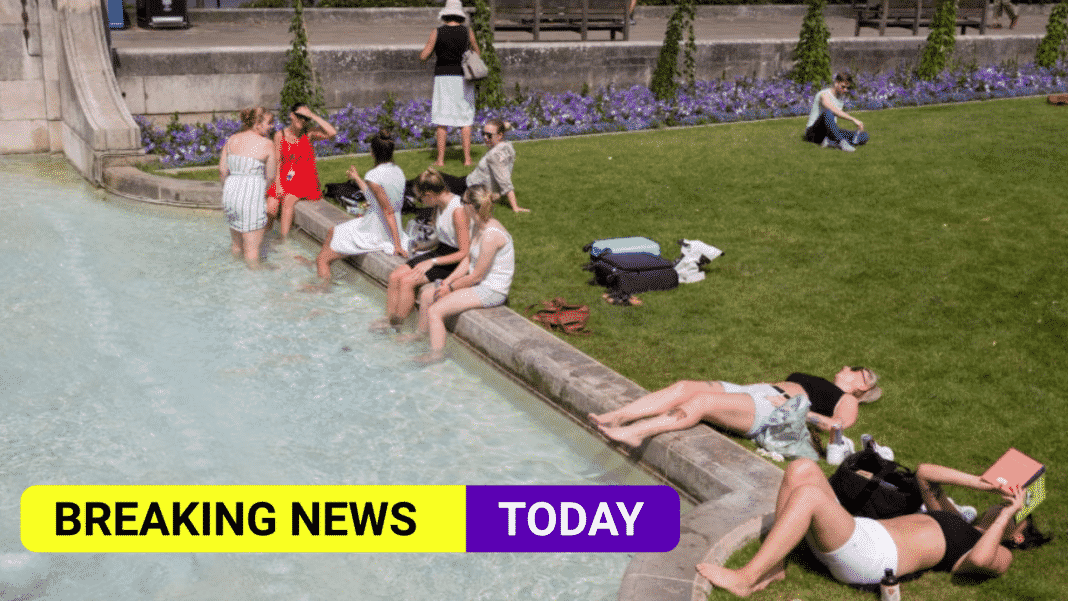 The terrifying hurricane won’t hit the UK, but its remnants have the power to manipulate our weather over the coming days.

It comes after Americans were swamped in a devastating deluge of rain that saw New York City‘s first-ever flood emergency declared, as it wreaked havoc across the country.

Now Hurricane Ida is expected to bring “wetter and warmer” weather across the UK next week as the weather system controls the jet stream.

As the beginning of Autumn rolls in, a last blast of heat is set to sweep the country, with highs of 25C forecast over the next two days, according to the Met Office.

Conditions will be “largely dry on Friday and Saturday before likely turning less settled on Sunday with showers, and perhaps longer spells of rain.”

Ida’s influence has formed a small dip in the jet stream, which allows low pressure to move in near the UK, while drawing up warm air from the south.

But this creates the perfect storm for rain as well as high temperatures over the next week, as “more rain and wind” than in August is expected this month.

Coming from continental Europe is a “plume of humid, warm air that is likely to bring sharp showers, with the potential for thunderstorms”, Met forecasters said.

As the weather becomes less settled from Sunday, “longer spells” of rain are expected later on in the week – particularly in the west.

But the mercury is still set to reach 26C in London on Monday as more late sunshine emerges.

Met meteorologist Alex Deakin explained: “The remnants of Hurricane Ida will be drawing up a lot of warmth and rain.

“The energetic system from the tropics will push the jet stream up to the north that then dives down.”

He said ” warmth is coming next week” while the next few days remain cooler than average.

But there is still a:

Albeit with some thunderstorms.

According to the Met, “there is the potential for some of the rain to be heavy at times, with the risk of some thunderstorms mixed in.”

The low pressure will “give the month a more autumnal feel than previous years”, Met forecaster Alex Burkill added.

But predictions are still plagued by uncertainty as “the weather pattern for the North Atlantic and Europe is at the mercy of Atlantic hurricane activity for the next few weeks,” BBC Weather said.

Despite this summer being one of the bleakest seen in years, forecasters say that it’s likely to be within the top 10 warmest on record for the country.

The news will likely come as a surprise to many who gave up their holidays abroad amid uncertainty over the UK’s travel traffic light system to enjoy staycations.

Parts of the UK have seen large amounts of rainfall for the time of year, including within the City of London, which has experienced its ninth wettest August on record.

According to the National Farmers Union, this year’s poor weather has caused “significant problems” for harvests.

A spokesperson for the union said that this year’s harvest was delayed due to cold spring temperatures.