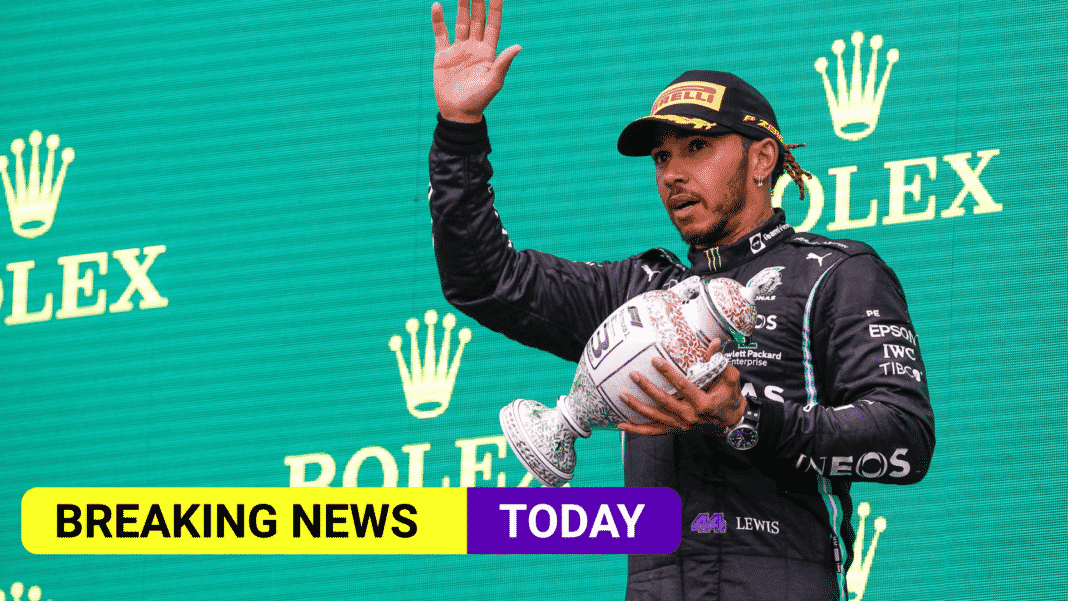 Lewis Hamilton has said that he has symptoms of long COVID after he required medical help following the Hungarian Grand Prix on Sunday.

The seven-time world champion had performed superbly in order to move from last place to third place in the Hungarian Grand Prix, later being upgraded to second place following the disqualification of Aston Martin’s Sebastian Vettel.

Lewis Hamilton’s hard-fought performance in the 70-lap race gave him the lead in the Formula One world championship.

But afterwards, he appeared to be struggling, and even he needed help to get to the podium and seemed too weak to be able to hold the celebratory champagne bottle.

He was taken to see the Mercedes F1 team doctor and was later said to have been suffering from both dizziness and fatigue.

At a post-race news conference, the 36-year-old multiple-time world champion said: “I haven’t spoken to anyone particularly about long COVID, but I think it is lingering there.

“I was having real dizziness and everything got a bit blurry on the podium. I have been fighting with staying healthy following what happened at the end of last year, but still it’s a battle.

“I remember the effects of when I had COVID, and training has been different ever since then. The level of fatigue that you get is different and it’s a real challenge.

“I’m trying to keep training and preparing as best I can. Who knows what it was today? Maybe it was hydration, I don’t know, but it was definitely different.”

This comes after Netflix is set to make coronavirus vaccinations mandatory for both cast and crew on TV and film productions that take place in the US. According to reports, the US streaming company Netflix will require that “zone A” personnel, actors and crew in close contact with them, must get the vaccine.

After the news conference, Lewis Hamilton was helped to his feet by the Hungarian Grand Prix race winner Esteban Ocon, as well as a member of Mercedes’ staff.

Hamilton contracted COVID-19 in Dubai in December and has almost four weeks away from competition before his next race in Belgium on 29 August.