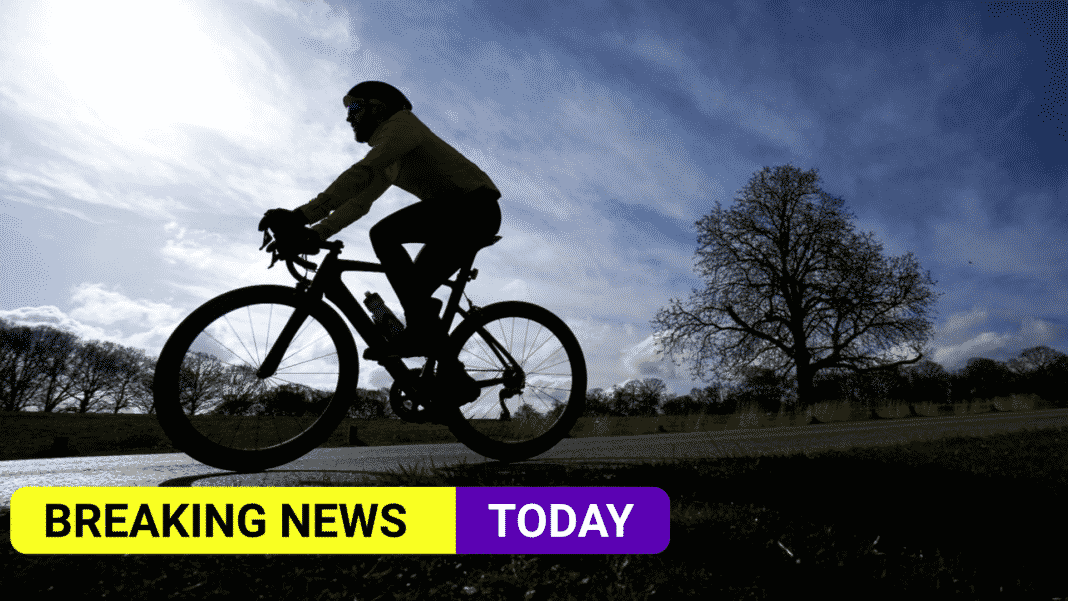 A machete-wielding moped gang is targeting cyclists in London’s Richmond Park, Professional cyclist Alexander Richardson was among those to be targeted

Four of the “incredibly frightening” attacks have taken place over six days, with latest on Monday, police said.

Officers insist that they are “doing everything we can to track down those responsible for these terrible crimes”.

No arrests have been made so far.

Professional cyclist Alexander Richardson, whose bicycle was worth more than £10,000, was among those to be targeted.

Alongside a photo of his injuries, the 31-year-old said on social media that four men wearing balaclavas started following him on two mopeds.

This comes after two people were reportedly injured after a rush hour London Overground train has crashed at Enfield Town station. Pictures from the scene in north London has shown the train derailing, but remaining upright, before then nearly hitting a station building during rush hour on Tuesday.

He posted: “They simply rode one of the motor bikes into me at 60kph. I came off the bike and the first motor bike lost control.

“I held onto my bike however the second motor bike then dragged me and the bike along the floor for another 100 metres.

“After this they pulled out a 15-inch machete at which point I thought better and let the bike go.”

Police confirmed a man in his 30s was threatened and robbed near the Roehampton Gate entrance to Richmond Park at about 4pm last Thursday.

Officers said a man in his 20s also had his bicycle stolen by two men riding electric scooters on Sawyers Hill at about 7pm the previous day.

He suffered minor injuries when they pushed him from his bike.

At about 5pm on Monday, another man in his 30s was threatened with a machete as two men on a moped knocked him off his bicycle and stole it.

Police said they are also investigating a similar incident in Roehampton Lane involving a man in his 50s at around the same time.

Chief Superintendent Elisabeth Chapple, responsible for local policing in south-west London, said: “I can reassure you that we are doing everything we can to track down those responsible for these terrible crimes.”

“I have arranged for additional officers to be in the area over the comings days,” she added.

“They will work alongside our dedicated Royal Parks officers and I would encourage anyone with concerns to approach them, or to call 999 in an emergency.”

This comes after a group of Hungary supporters fought with police in the stands during their side’s World Cup qualifier at Wembley. It comes a month after England players were racially abused in the away leg in Budapest.

Detective Inspector Gavin Collins, from Operation Venice, the Met’s response to moped enabled crime, said: “These incidents would have been incredibly frightening for those involved and I would like to reassure the victims and the public that we are doing everything we can to track down these dangerous individuals.

“I would ask anyone who was in or around the park at the time of any of the incidents to check for any dashcam or cycle helmet footage. This could be key to helping us track down those responsible.”