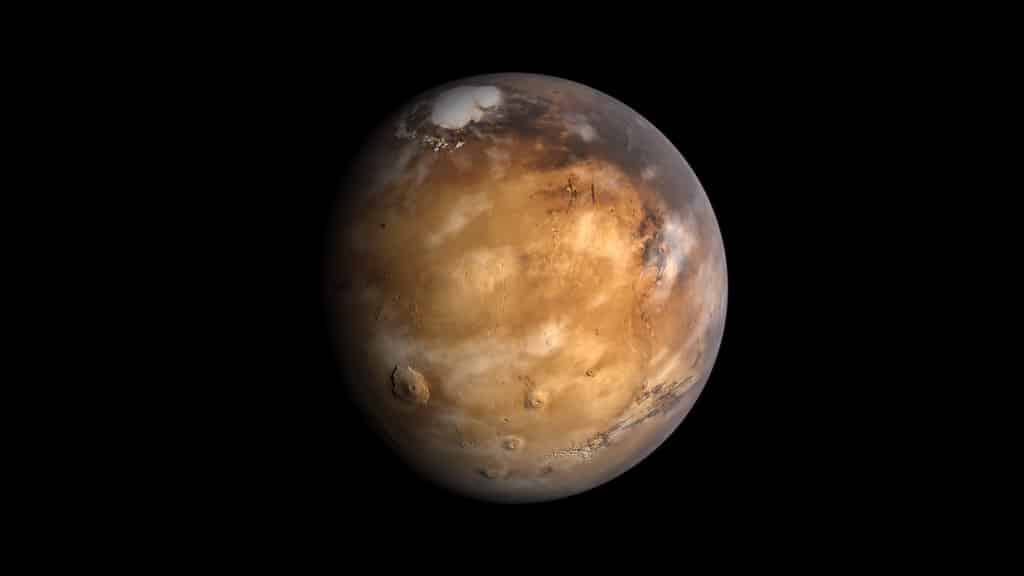 The Nasa Curiosity rover currently researching the surface of Mars may have just found the building blocks of life within the surface substrate of the Red Planet.

Its research has found that some rocks collected by the rover contained organic carbon, which may have come from life that once inhabited Mars.

The analysis of sediments from more than 10 locations, including that of an exposed cliff face, were identified as part of an ancient carbon cycle. The samples that were collected were thought to be of a ‘biological basis’ and resembled that of the fossilised remains of microbial life discovered in Australia dating back to around 2.7 billion years.

Carbon has 2 stable isotopes – 12 and 13. The amounts of either give us insight into its origin

‘The samples extremely depleted in carbon 13 are a little like samples from Australia taken from sediment that was 2.7 billion years old,’

‘Those samples were caused by biological activity when methane was consumed by ancient microbial mats. But we can’t necessarily say that on Mars because it’s a planet that may have formed out of different materials and processes than Earth,’.

If such samples were discovered on Earth, it would point to past microbes consuming microbially produced methane. Methane is the simples organic molecule and is known to still be present in Mars’ atmosphere.

Ancient Mars may have seen large amounts of methane being released from its surface, where the production of the gas would have been energetically favourable.

This methane could have then been consumed by microbes or formed a reaction with ultraviolet light and deposited on Mar’s surface.

The site of Curiosity’s recent research, the Gale Crater, is thought to have been a deep lake around 3.5 billion years old. It is believed that this lake could have harboured complex organic molecules, which are the raw materials needed for the evolution of life as we know it.

‘The amounts of carbon 12 and carbon 13 in our solar system are the amounts that existed at the formation of the solar system. Both exist in everything, but because carbon 12 reacts more quickly than carbon 13, looking at the relative amounts of each in samples can reveal the carbon cycle,’

The Curiosity rover heated the samples with oxygen present to separate any chemical present. Its scans indicated that there were some present depleted in carbon 13 whilst some were enriched.

Other acceptable theories behind the presence of these organic carbons include cosmic dust clouds or reactions with ultraviolet radiation breaking down carbon dioxide.

‘All three of these scenarios are unconventional – unlike processes common on Earth,’ said House.

Mr House believes that finding remains of ancient microbial mats will provide an understanding of the compound’s presence.

Nasa’s other rover, Perseverance, arrived on Mars last February is situated in the Jezero crater, which is the location of another ancient lake. Its job is to also search for signs of past life.

‘We are being cautious with our interpretation, which is the best course when studying another world,’

The Curiosity rover is still collecting and analysing samples and is due to return to the site of this initial discovery in a month’s time.

For the scientists behind this research, the rover’s findings are a long-sought-after achievement for the exploration of Mars. The measurement of different carbon isotopes is one of the most important geology tools they have.

The study was published in the Proceedings of the National Academy of Sciences.