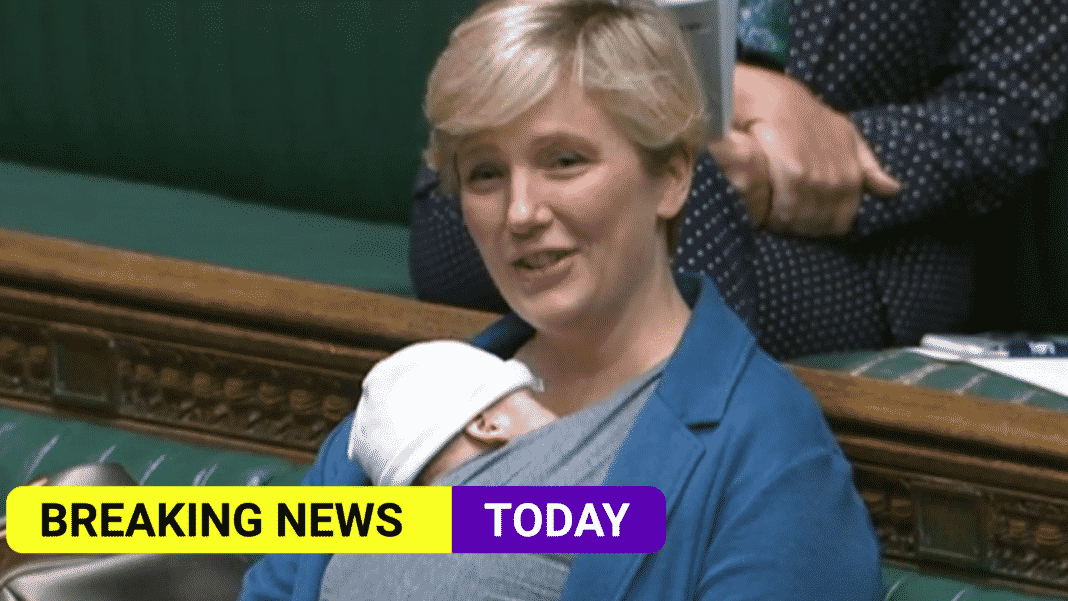 Labour’s Stella Creasy was informed that it was against the Commons rules to bring a child to any debate located at Westminster Hall after having done so on Tuesday.

She said that this was “news to me” after attending debates with a baby in the past, and had called for a review.

The House of Commons has said it was “in communication” with Ms Creasy.

Ms Creasy has told the BBC that she had regularly taken her son, who she is currently breastfeeding, and before him her daughter, into the House of Commons chamber.

But after she appeared with her son at the adjoining Westminster Hall on Tuesday, she had received an email from the private secretary to the Ways and Means committee chairman, Dame Eleanor Laing, which said that this was not in line with the recently published rules on “behaviour and courtesies”.

Deputy Prime Minister Dominic Raab said that he had “a lot of sympathy” for the Walthamstow MP, saying that politicians needed to make sure “our profession is brought into the modern world… [so] parents can juggle the jobs they do with the family time they need”.

But, while saying a baby in the Commons “certainly wouldn’t distract me or get in the way of me doing my job”, Mr Raab said that it was for the House authorities to decide the “right balance”.

The Labour MP, who is encouraging more mothers to enter politics through a campaign called This Mum Votes, shared the email that she was sent on her Twitter page, writing: “Mothers in the mother of all parliaments are not to be seen or heard it seems…”

The rule book, which was issued by the speaker and deputy speakers and applies to the House of Commons and Westminster Hall chamber, was updated in September.

It says: “You should not take your seat in the chamber when accompanied by your child, nor stand at either end of the Chamber, between divisions.” The same wording was also used in a previous version of the rule book.

But another MP, Alex Davies-Jones, said Commons Speaker Lindsay Hoyle had assured her that if she needed to breastfeed her child in the chamber she could do so.

Ms Creasy said that this was “not a system that works for anyone who isn’t a man of a certain age from a certain background”.

Asked what needed to be changed in order to help MPs continue to work as new parents, she said: “It’s too late for me, so I am trying my best to make sure Walthamstow continues to be heard because it deserves to be heard.”

Jo Swinson, the former Liberal Democrat MP, was thought to have been the first MP to hold her baby during a debate within the House of Commons chamber back in 2018.

Also that year, the Prime Minister of New Zealand, Jacinda Ardern, became the first world leader to take her baby to the United Nations General Assembly floor in New York.

A House of Commons spokesperson has said that it was vital that all MPs could carry out their duties in and around Parliament.

MPs could consult with the speaker, the deputy speakers, clerks and doorkeepers about their requirements while with in the chamber or at Westminster Hall at any time, they added.