Booster jabs for over-40s, second dose for ages 16 and 17 recommended 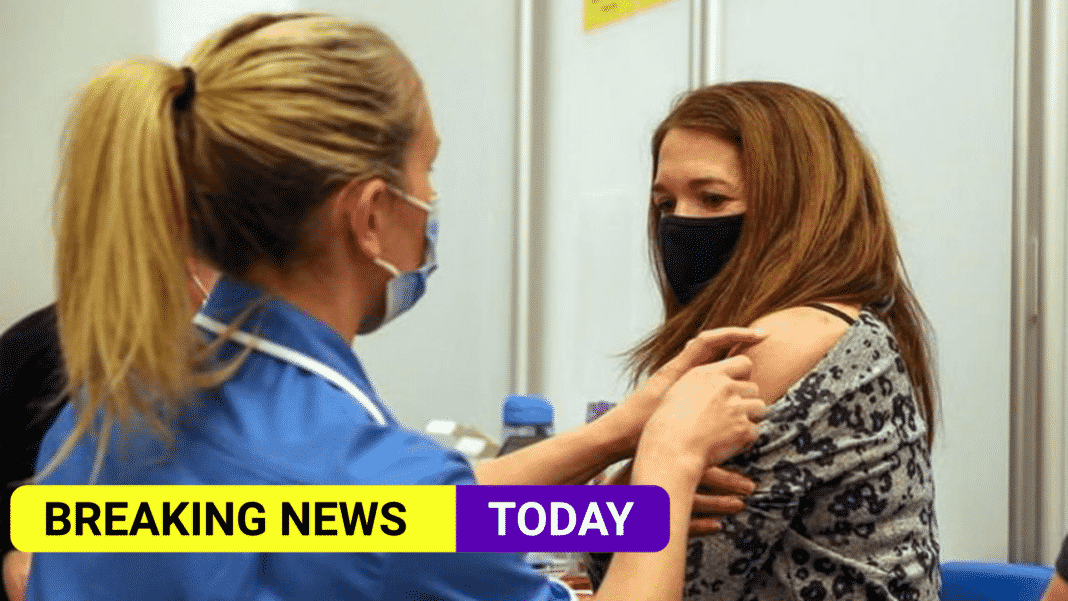 The COVID booster vaccines rollout has been extended to all adults over the age of 40 from today, it has now been announced.

The Joint Committee on Vaccination and Immunisation (JCVI) has advised the government that all adults aged 40 and over should be offered a third dose of the vaccine six months following their second dose.

The UK’s Health Secretary Sajid Javid has confirmed that “all four parts of the UK intend to follow the JCVI’s advice”.

It comes after a recommendation by the JCV, as well as the results from the first real-world study by the UK Health Security Agency which has shown that two weeks after receiving a booster jab, protection against symptomatic infection for adults over the age of 50 was 93.1% in those who had an AstraZeneca COVID-19 vaccine, and 94% for Pfizer.

This comes after the PM tore up the independent system for combating sleaze within parliament on Wednesday as he threw the government’s weight behind protecting a Tory MP who was found to have repeatedly breached lobbying rules.

The JCVI, which is an independent expert committee that advises government ministers on immunisation, has also announced that it will be advising all 16 and 17 year olds in the country to have a second dose of the Pfizer vaccine.

The government will also be accepting this JCVI recommendation, Sajid Javid said.

Previously, only those who are within this age group and are considered to be in an “at-risk” group were eligible for the second dose.

Second doses of the vaccine for 16 and 17 year olds in the UK should be given at least 12 weeks following their initial jabs, the JCVI has suggested.

The decision to advise the second dose has been based on a review of the latest evidence of the benefits of the nation’s vaccine programme, compared to the risks of any possible side effects, they add.

The JCVI says people should be offered the Pfizer or Moderna jab as a booster, irrespective of which vaccine they had initially.

So far, some 12.6 million people have had a third coronavirus vaccine and deputy chief medical officer Professor Jonathan Van-Tam has said during a Downing Street news briefing that the UK is currently moving at “considerable pace” with its booster jab programme.

The latest vaccine announcement has come as a new study highlighted how booster vaccines can significantly increase people’s protection against getting asymptomatic case of COVID-19, with protection against more severe disease and death is expected to be even higher.

Discussing data on booster jabs in the nation of Israel, Prof Van-Tam told the televised news briefing: “So, I believe therefore that if the booster programme is successful and with very high uptake we can massively reduce the worry about hospitalisation and death due to COVID at Christmas and for the rest of this winter for literally millions of people.

“It really is as simple and as decisive as that.”

This comes after three men who are aged 29, 26, and 21, have been arrested under the Terrorism Act in connection with the explosion involving a taxi at Liverpool Women’s Hospital on Remembrance Sunday.

Professor Van-Tam added that everyone has a role to play in helping the United Kingdom, have “as safe and disruption-free a winter as possible”.

“People keep asking me about Christmas. I think for Christmas and the winter period, we can expect respiratory viruses to be around, and we are particularly concerned that flu will come back and add to our problems, and it could be quite a bumpy few months ahead.

“But everyone has a key role to play in achieving a safe and disruption-free a winter as possible.

“Wear face coverings in crowded places if it is practical to do so, increase indoor ventilation whenever you can, make sure you are vaccinated and, like any medicine, make sure you finish the course.

“And when you are called for your booster please come forwards at pace so that we as a whole UK can get on and finish this job.”

The JCVI says that they will be continuing to closely review all available data to develop further advice in due course.