One dead and four missing after explosion at German industrial park 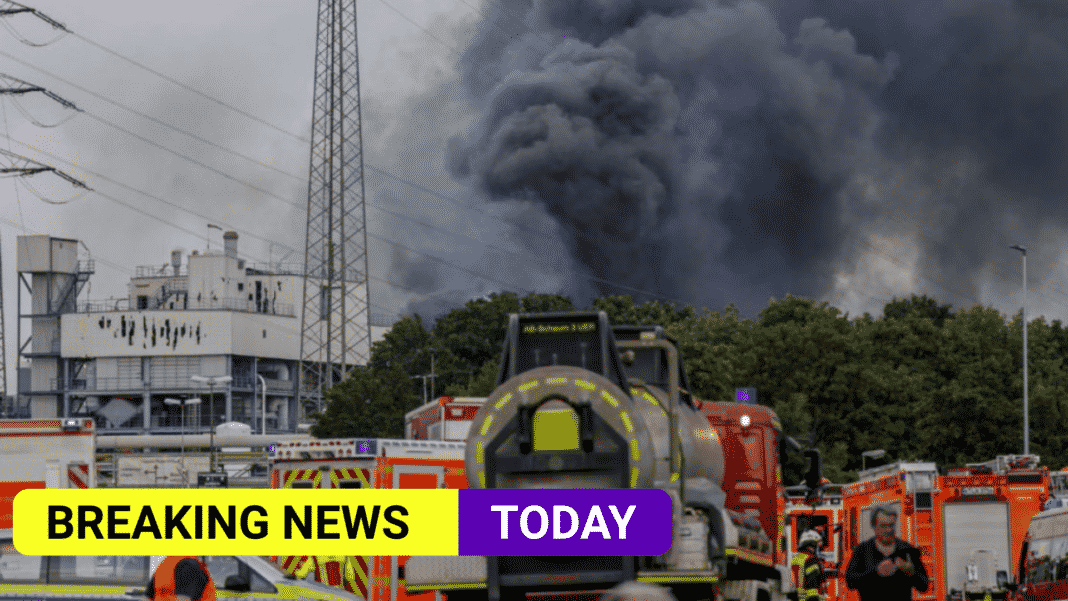 A body has now been recovered, but four people currently remain missing, following an explosion at a German industrial park for chemical companies.

The blast in Leverkusen, which has left at least sixteen other people injured, was declared an “extreme threat” by authorities.

Company officials said one body has now been found following the explosion, which happened at 9.40am local time (7.40am GMT).

The head of the industrial park, Lars Friedrich, said in a statement: “We are deeply saddened by this tragic accident and the death of an employee.

“Our special condolences go out particularly to the relatives, but also to the colleagues who have worked with him.”

The explosion caused a fire at a fuel depot at Chempark, an industrial park for chemical companies including Bayer and Lanxess, and took crews almost four hours to extinguish.

Chempark operator Current said multiple staff were hurt, with at least four seriously injured. It said it hopes those who remain missing will be found alive.

It is not yet clear what caused the explosion, Current added.

Police in nearby Cologne said they did not have any information about the cause or size of the explosion, but a large number of police, firefighters, helicopters and ambulances had been deployed to the scene.

Residents have been asked to remain inside their homes, keeping doors and windows closed.

Current said air conditioning systems should also be turned off while it measured the air around the site for possible toxic gas.

Cologne Fire Brigade later tweeted that air pollution measurements showed “there is currently no danger” as there are “no abnormalities”.

Motorways nearby have been closed, with drivers told to take detours and avoid the area.

The city of Leverkusen said in a statement that the explosion at the Chempark site, about 20 kilometers (13 miles) north of Cologne on the Rhine river, occurred in storage tanks for solvents.