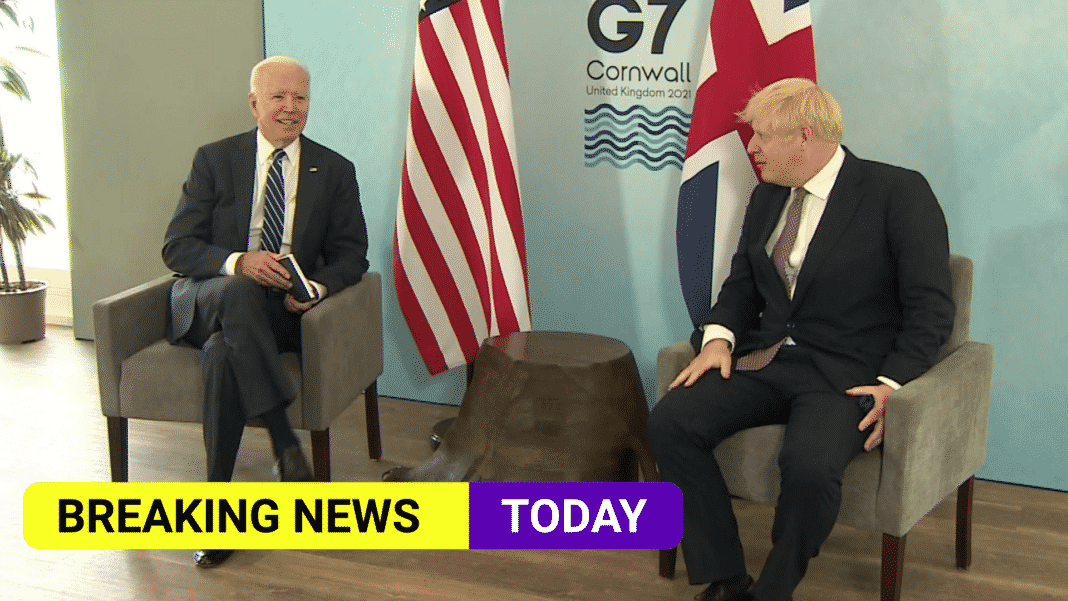 On Tuesday, Boris Johnson will make the request to Joe Biden at an emergency meeting of world leaders from the G7 countries

UK prime minister Boris Johnson is expected to ask US President Joe Biden to keep American forces in Afghanistan beyond the 31st of August in order to allow evacuation flights to continue.

Many thousands of people are crowded outside Kabul airport, desperate to leave after the Taliban swept to power.

The US intends to pull all troops out by the end of the month.

Mr Biden said discussions were taking place about extending the deadline, but that “our hope is we will not have to”.

He said US troops had expanded the perimeter around Hamid Karzai International Airport as part of efforts to speed up evacuation efforts, and the Taliban had cooperated with the move.

While UK government officials have said there is “no fixed date” for UK withdrawal, it is feared that the remaining allied forces will be unable to secure the area without US troops on the ground.

The UK has more than 1,000 Armed Forces personnel deployed in Kabul.

The talks between the G7 group of countries, of which the UK is currently the chair, will take place virtually and it is understood the main focus will be the long-term future of Afghanistan.

But the ongoing evacuation will also be discussed.

At least 20 people have died outside the airport, a Nato official told Reuters news agency, and there are reports that some people were crushed to death.

The UK is also exploring how hubs could be set up in countries bordering Afghanistan to help those who have worked for British forces to reach the UK once flights out of Kabul are no longer possible.

Boris Johnson has said it is vital the international community works together to ensure safe evacuations, prevent a humanitarian crisis and support the Afghan people to “secure the gains of the last 20 years”.

Caught out and wrong footed by the speed of the Taliban’s capture of Afghanistan a week ago, Western powers have been grappling to salvage what they can ever since.

The limitations of this are obvious for all to see.

Since the Taliban took Kabul, there has been a flurry of diplomacy; phone calls and video meetings.

Government ministers in the UK are candid about the predicament they are in – they’re not in control.

This comes after Dominic Raab is resisting calls to resign from his position as the UK’s foreign secretary after he had declined to speak with the Afghan foreign minister while he was on holiday as the Taliban had closed in on the Afghan capital city, Kabul.

But there is an acceptance time is short and some will miss out.

It is why the government is also exploring how hubs can be set up in neighbouring countries, to help Afghans reach the UK once the airport in the Afghan capital is no longer any use.

Foreign Office minister James Cleverly told the BBC the government would continue to lobby the US to extend the exit deadline, saying: “Obviously the more time that we’ve got, the more people we can evacuate and that’s what we’re pushing for.”

The British ambassador to Afghanistan, Sir Laurie Bristow, said UK efforts to evacuate Britons and eligible Afghans were gathering pace, with nearly 6,000 people flown out on UK flights since 13 August.

The US is to use commercial planes will be used to help with the evacuation.