Prime Minister ‘was not told’ his BYOB party would break COVID rules. 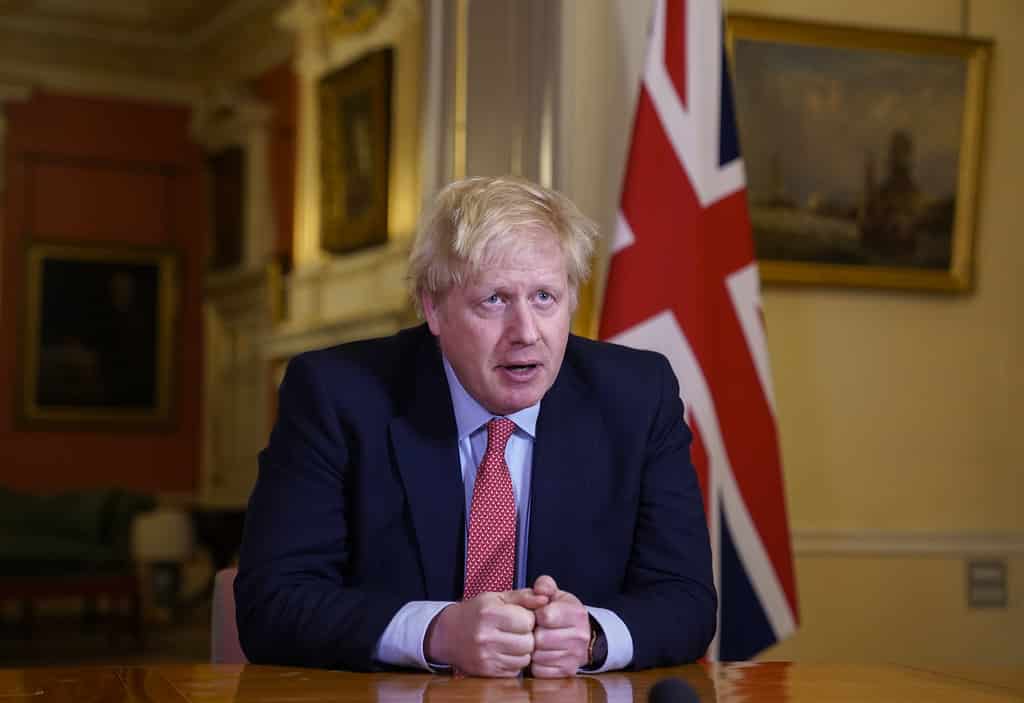 Following the infamous ‘BYOB’ lockdown part held in the Number 10 garden, the Prime Minister is abhorrently claiming that nobody told him the lockdown bash was in breech of the current covid restrictions.

Boris Johnson, who is already under scrutiny from his own and rival parties, surfaced for the first time in days only to insist that he had not lied to Parliament about the events of May 2020 of which he admitted attending for 25 minutes.

Johnson pulled out of a planned visit last Thursday after a family member tested positive for coronavirus.

On a visit to a hospital in north London today, the Prime Minister looked ‘pale and drawn’ as he fights to conserve his leadership amidst anger from the public and Tory MPs.

He faces a barrage of renewed calls for him to resign after continuing allegations of lockdown restriction breaking parties at Downing Street on top of accusations that he has lied to Parliament.

Last week the Prime Minister admitted to briefly attending a BYOB party held in the No 10 gardens on May 20th 2020 however, claiming it was simply a ‘work event’

His former aide Dominic Cummings proceeded to attack his former boss yesterday evening, claiming that the Prime Minister had –

“lied to Parliament”, and multiple witnesses “would swear under oath” that he was told about the event.

Cummings took to posting a volatile blog in which he said the PM was warned that the garden event was against lockdown rules and that the PM “waved it aside”.

When asked if he had lied to Parliament and the public, Boris Johnson told broadcasters –

“No. I want to begin by repeating my apologies to everybody for the misjudgments that I’ve made, that we may have made in No 10 and beyond, whether in Downing Street or throughout the pandemic”.

“I do know how infuriating it must be for people up and down the country, in view of the huge sacrifices people have made… to think that didn’t happen in 10 Downing Street.

“On that point, nobody told me that what we were doing was against the rules, that the event in question was something that wasn’t a work event, and as I said in the House of Commons when I went out into that garden, I thought that I was attending a work event.”

Johnson repeatedly rejected the notions that he had been warned of the parties breach in restrictions and that he was now lying to Parliament.

When asked again if he was telling the truth , Johnson said –

“I do humbly apologise to people for misjudgments that were made but that is the very, very best of my recollection about this event, that’s what I’ve said to the inquiry.”

“I carry full responsibility for what took place but nobody told me, I’m absolutely categorical, nobody said to me this is an event that is against the rules.”

The PM is claiming he only saw the invite to the “bring your own booze” party, which was sent to members of his stave by his very own private secretary ‘the other day… when it emerged’.

Mr Johnson appeared distressed when pressed over a length interview on the latest revelations that there were two leaving parties at Downing Street on the eve of Prince Phillip’s funeral, of course the Queen was pictured sitting alone at her husband’s funeral the next day. In line with then covid regulations.

Breathing heavily, the PM told reporters that he –

“I deeply and bitterly regret that that happened”.

“I can only renew my apologies both to Her Majesty and to the country for misjudgements that were made, and for which I take full responsibility.”

Boris Johnson Pleaded with the public to wait for the results of the controversial Sue Gray inquiry into the allegations of rule-breaking parties in No 10 and across Whitehall.

Sue Gray a senior civil servant is investigating a variety of allegations of parties, including several parties revealed by the Mirror.

The Prime Minister has declined that he would design, if that inquiry found he had misled Parliament.