School days to be extended in England, leaked plans suggest 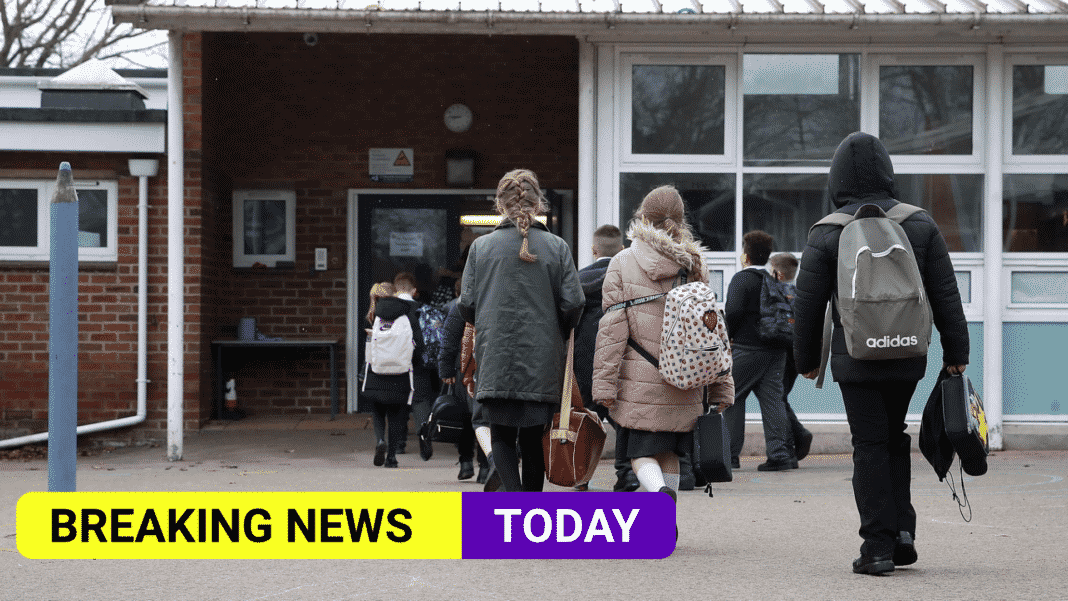 The UK government is considering paying teachers to add an extra 30 minutes to school days in England under leaked proposals, in order to help pupils overcome a year of disruption that was caused by the coronavirus pandemic.

A plan that was drawn up by Sir Kevan Collins, who is the government’s education recovery commissioner, seeks to put in place a minimum 35-hour week and add 100 hours of additional schooling time compared with the current existing timetables within many state schools and colleges.

The details come from a 56-page document that was reported by the Times newspaper, which said that Boris Johnson had been briefed on this new plan. The proposals are also expected to be including further individual or small-group tutoring for five million of the nation’s students, as well as professional development for teachers.

This comes after UK house prices have increased by 10.9% in the year up to May, the highest level seen in seven years, according to the Nationwide. The average house prices in the UK has risen to £242,832, an increase of £23,930 over the past year.

The government has been working on its promised “catch-up” plan for both schools and colleges, that is expected to be published before the summer holidays, but the rumoured £15bn price tag , £700 per pupil over a period of three years, is said to have run into opposition from the Treasury, as well as the chancellor of the Exchequer, Rishi Sunak.

Funding this package will hinge on support from Downing Street but it adds to the battles the Department for Education (DfE) faces before the spending review for autumn, as the department is already seeking additional funding for the government’s lifetime skills guarantee as well as an £11bn bill for repairs to both school and college, identified in a report that was published last week.

The nation’s government is also keen to set a target for bothy recruiting and training new teachers in the country before the end of the parliament, as part of the UK’s post-pandemic education recovery plan.

Collins’ recovery plan is focusing on “three Ts” of time, teaching and tutoring, paid for by a “recovery premium”, with £12bn of the planned £15bn being paid directly to schools and is targeted at more disadvantaged pupils. Headteachers of schools would be given a high degree of autonomy over how they can spent the funds, which would be monitored by the Ofsted school inspectors rather than by the DfE directly.

Other proposals that have been considered include an extension of the school day from 8am to 5pm or 6pm, but with the extra time used for voluntary extracurricular activities such as art or sport. But Collins has argued that making attendance voluntary would mean the children who most need the additional support missing out.

“The more voluntary things are, the less likely they’re going to get to the hard to reach bits of your community,” he told a House of Lords committee last month.

This comes after ministers have backtracked over local travel advice for eight areas worst hit by the Indian Covid variant, after a change in advice led to confusion. The amended advice has asked people to minimise their travel into and out of the eight areas that are: Bolton, Blackburn, Kirklees, Bedford, Burnley, Leicester, Hounslow and North Tyneside.

Collins’ report argues that the UK as a whole had the longest closures of schools and universities combined in Europe. Many students in England missed around 23 weeks of school closures during the pandemic, with a cost to the economy of “at least” £100bn in lost productivity, rising to £1.6tn by 2100 if not addressed.

However, research published last week by a University of Cambridge academic found that schools in England with longer teaching hours in their timetable made only modest improvements in their students’ performance, and that other interventions may be more cost effective.

Kate Green, the shadow education secretary, is set to publish Labour’s recovery plan later this week, which is likely to back many aspects of Collins’ plan but with a stronger focus on mental health.

The British Psychological Society said that instead of additional time in the classroom, resources would be better spent allowing children to play, socialise and engage in activities such as music, crafts and sports that were also missed out on while schools were closed to most pupils during the lockdowns in 2020 and 2021.