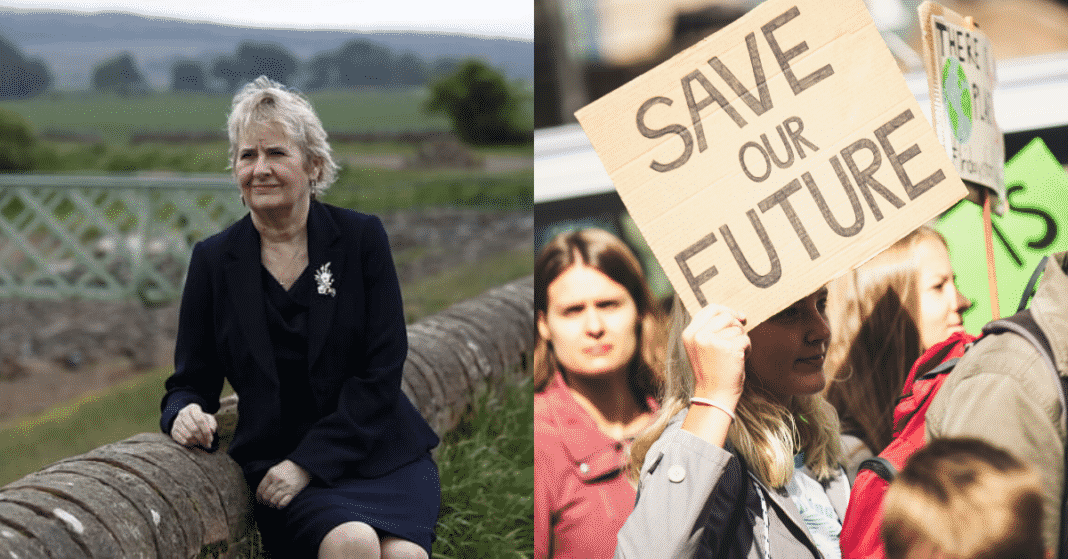 The current pandemic is naturally dominating the news at present. However, the pressing issue of climate change action is still simmering in the background.

A recent announcement by the Scottish government has confirmed that an updated climate change action plan that was due to be released today will now be postponed until the end of the year.

The plan had initially highlighted key targets on reducing emissions and committing Scotland to net zero emissions by 2045.

Roseanna Cunningham said: “I know this is not where any of us expected to be, goodness knows we could hardly have envisaged the scenario we are now having to work in and the speed with which things change, the uncertainty around that.

“I and the government remain committed to Scotland’s world-leading climate change targets.”

She added that the deadline for producing the climate change plan update for the end of April, six months after the legislation was passed, is “no longer feasible nor appropriate given the challenges we are currently facing.”

Cunningham also highlighted that there would need to be “a bit of time to ensure the policies and proposals that we do put forward will reflect the new economic and social realities post-pandemic.”

At present, there is no updated information on the overall climate action plan for the UK.

No break in Extinction Rebellion’s efforts

Although it is quiet on the climate change front due to the current pandemic, that is not stopping Extinction Rebellion from taking action.

An alert that was leaked by the SMMT to Car Dealer Magazine warns of the potential action of activists against car dealers and manufacturers. The document that was circulated yesterday warned that posters could potentially be splayed all over branding, car windows and window displays in a protest.

The document apparently says ‘Photographs of the images in situ will then be posted on social media with the hashtags #notgoingback #anotherworldispossible #closedforgood and #allforclimate. Posts will be directed to @gov.uk and will name the business’ social media handle.’

It is also said to be targeting businesses in the London and Bristol areas but could be spread further afield.

This year is also set to put Extinction Rebellion’s work into the limelight with the release of the film ‘Extinction’ on 1 May. The film will be released on the Internet and is free to watch. The short film has a range of celebrity appearances, including Academy Award-winner Emma Thompson, Sex Education star Rakhee Thakrar, and Dunkirk actor Tom Glynn-Carney. It is written by Jack Cooper Stimpson and Sam Haygarth and produced by Giannina Rodriquez Rico and Henry Rouquairol.

Emma Thompson said: “Everything depends on what we do now. In a crisis, you have to convince people to take positive and immediate action. The suffragettes taught us that. You have to be active in your disobedience.”

“I hope this film makes protest seem as useful and as maddening as it is. I hope it illustrates the frustration of trying to get through to government officials who can’t hear anything but the sound of their own voices”.