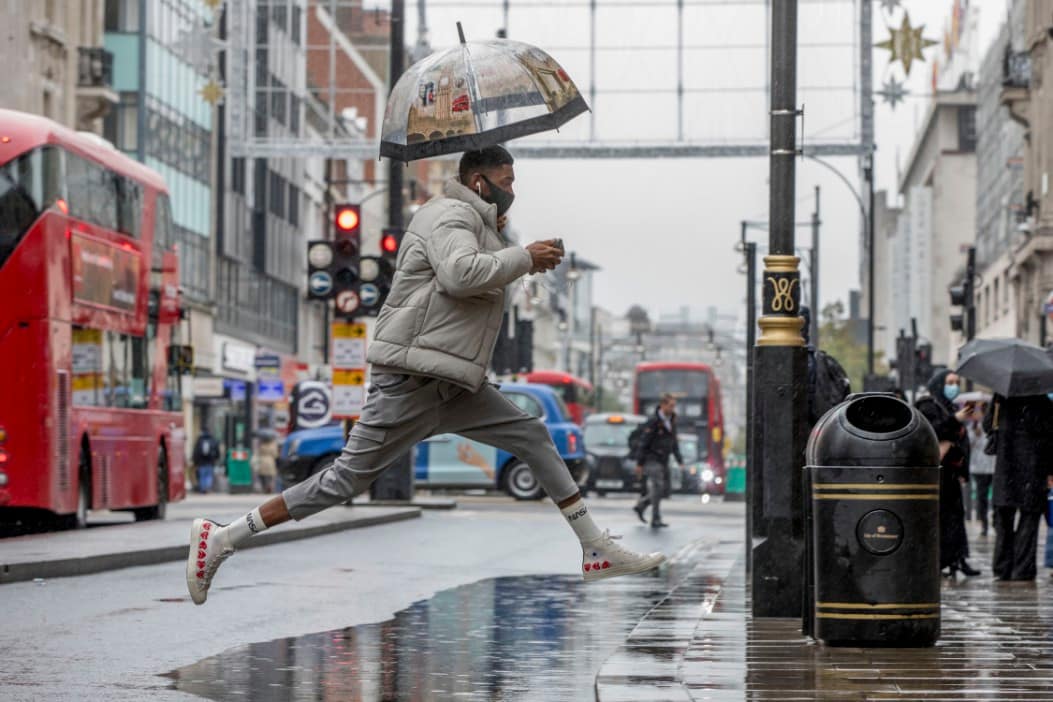 Storm Barbara will be bringing gale force winds and heavy rain to parts of the southern UK with forecasters warning that there could be the potential for flooding within the country.

An area of the UK stretching from the East of England to the West Midlands and leading down to the South West of the nation is expected to see 10-15mm (0.39-0.59 inches) of rain.

Some regions of the country could see as much as 50mm (1.97 inches) of rain in a period between just three and six hours.

Flood alerts have been issued in Loughborough, along parts of the Cornish coast, and at Climping in West Sussex.

This comes after London is dealing with Tier 2 COVID-19 restrictions since Saturday, with the capital’s mayor warning that the coronavirus is “spreading rapidly in every corner of our city”. It means millions in the capital will be banned from meeting people from other households indoors, whether that’s in their home or in a pub.

Rebecca Yussuf, from Sky News’ weather team, said: “Southern England and Wales will see persistent and at times heavy rain on Wednesday, and the Met Office has issued a yellow weather warning for the risk of travel disruption.”

“Most places will have a drier day on Thursday, with more in the way of sunshine, although England and Wales will see a few heavy showers, with hail and thunder.”

Met Office spokesman Oli Claydon said: “From (Tuesday) evening into the early hours, there will be a band of rain moving in from the south, bringing some at times heavy rain, particularly in the South East, and then following that later in the day, a period of stronger winds, particularly again in the South East.”

Mr Claydon said winds could be particularly strong across ‘exposed coastal locations’ and through the Dover Strait. He said the UK can expect ‘unsettled’ weather for the rest of the week.

“That wind and rain clears off into the North Sea and after that we’re left with a continued spell of unsettled conditions across the UK through the week,” he said.

“There will be periods of slightly more settled conditions and at times brighter weather as well, so there will be some sunshine around.”

“But generally remaining broadly unsettled, with further wind and rain to affect the UK through the weekend as well.”

This comes after sniffer dogs are being used to search throughout rubble after a gas explosion has occurred at a shop in west London, two people are confirmed as having died in the incident.

Storm Barbara had been named by Spanish meteorologists and it is expected to unleash torrential downpours throughout both Spain and Portugal.

Some areas could potentially see the equivalent of four to six weeks’ of rain in just a few days.