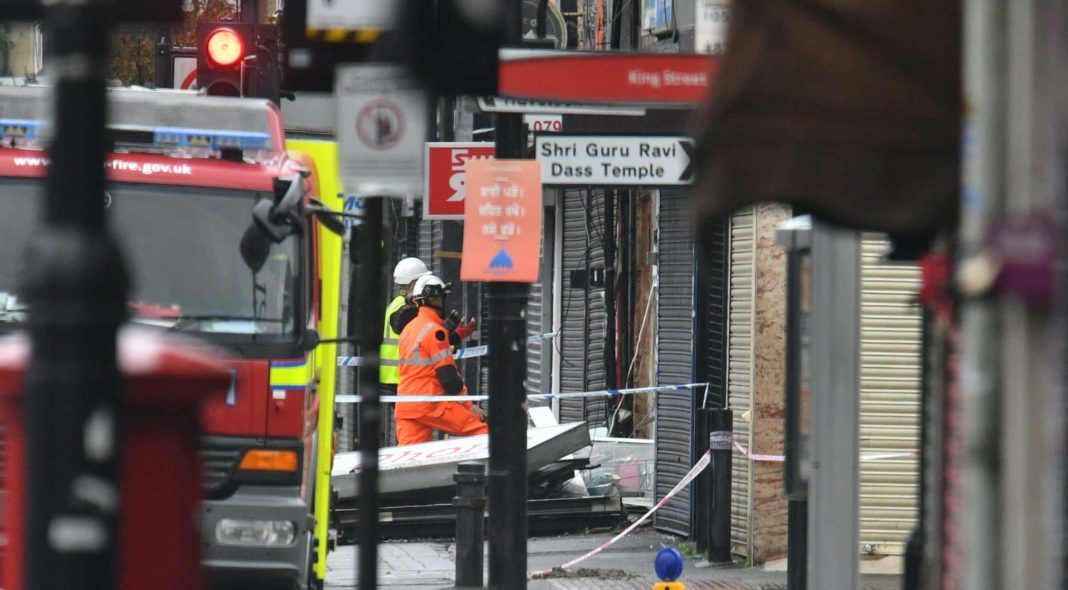 Sniffer dogs are being used to search throughout rubble after a gas explosion at a shop in west London, two people are confirmed as having died

Two people have been killed in an explosion at a shop in west London, the fire brigade has confirmed. The explosion happened in a shop underneath flats in the Southall area.

London Fire Brigade (LFB) said crews were undertaking a “complex operation” at the scene on King Street in Ealing.

A child and four adults have already been rescued. The service said they were unable to confirm the number of casualties.

This comes after London is dealing with Tier 2 COVID-19 restrictions since Saturday, with the capital’s mayor warning that the coronavirus is “spreading rapidly in every corner of our city”. It means millions in the capital will be banned from meeting people from other households indoors, whether that’s in their home or in a pub.

Station Commander Paul Morgan said: “Our crews continue to search the property using specialist equipment including the use of USAR dogs.”

“Sadly we believe that there are fatalities within the property although we’re unable to confirm numbers at this stage. The explosion caused substantial damage to the shop and structural damage throughout.”

“It is a painstaking and protracted incident with firefighters working systematically to stabilise the building and search for people involved. We’d ask for people to avoid the area at this time.”

“In the initial stages firefighters rescued four adults and one child were rescued at the rear of the property using a ladder.”

“A further 14 adults and two children self-evacuated from surrounding properties.”

LFB have said that they were called just before 6.40am, adding that six of their fire engines and around 40 firefighters arrived at the scene in West London.

This comes after Birmingham City Council has said that around 25 previously used COVID-19 testing kits had been given out to city residents by mistake in the student area of Selly Oak as part of the city’s “drop-and-collect” service.

A spokesman said that the windows of the shop were “completely blown out” as a result of the incident.

Pictures that had been taken behind the property show debris jutting out of the building.

The London Metropolitan Police have said that the incident is not currently being treated as suspicious and it is believed to be the result of a gas explosion.

A spokeswoman for London Ambulance Service has said that they have treated and discharged one person so far, and that they are still continuing to work with other emergency services at the scene.