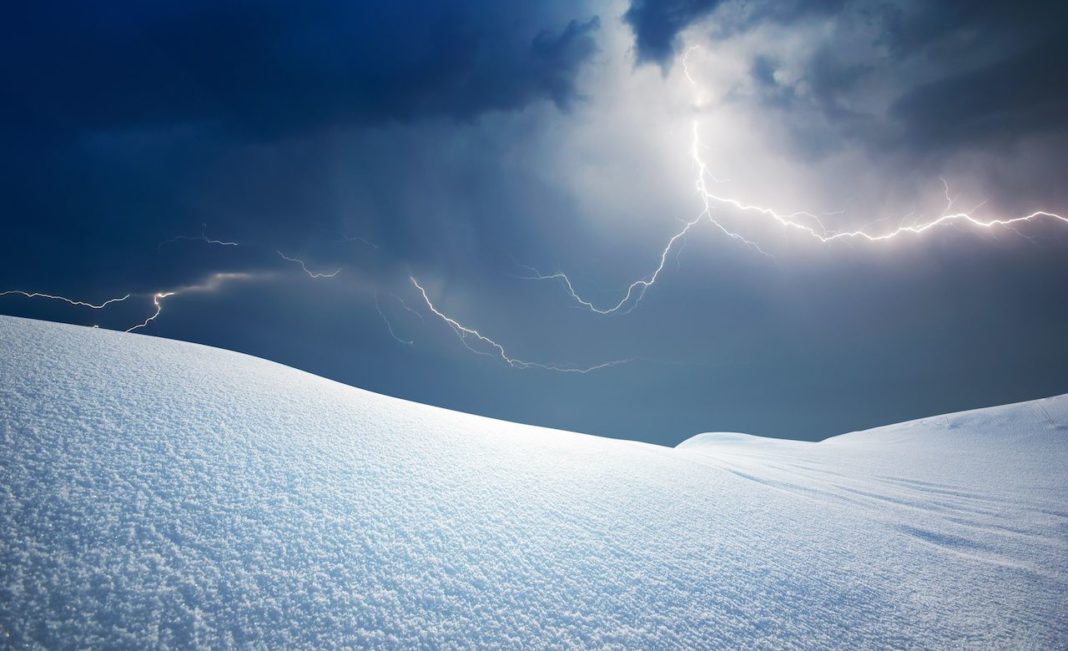 Recent warm temperatures are expected to give way to gales and snow over Easter weekend, the Met Office warns

Just days after the UK had recorded its highest March temperatures in 53 years, with the so-called “thundersnow” weather phenomena potentially now being on its way over the Easter weekend.

A “big swing” in the country’s weather conditions could also bring along with it gale-force winds and could see temperatures drop into single digits by Monday, forecasters have now said.

The almost record-setting end to March had seen people outside enjoying the sun as temperatures in parts of London reached 24.5C (76.1F).

This comes after people are now permitted to be meeting in groups of up to six people, or as two households, and outdoor team sports are also allowed to restart in a major easing of the lockdown restrictions in England.

The long-range weather forecast, with snow predicted on Easter Monday

The warm weather continued through to Wednesday, with Weybourne in the north of Norfolk seeing temperatures peaking at highs of 23.9C (75F).

The figure fell just short of the nation’s hottest ever temperature for March, of 25.6C (78F), which had been recorded in 1968 at Mepal in Cambridgeshire.

Joanna Robinson, a Sky News weather producer, has said that although the Easter weekend could start out mostly fine, it would turn out to be “unusually cold” from the north starting on Sunday.

“Arctic air will then plunge southwards to affect all areas on Easter Monday, with a significant wind-chill making it feel very cold for early April.”

She said that the wintry showers would be fairly widespread across the country and added:

“Thundersnow is possible too – a thunderstorm that occurs with wintry precipitation. It’s quite rare.

“The lightning can appear brighter because of the light reflecting off the snowflakes, whereas the sound can be dampened down. “

Nicola Maxey, from the Met Office, said that parts of the south would hold on to the warmer temperatures for the longest amount of time but the entire country would be drop down to single figures by early next week.

Sunny skies are still expected across large parts of the nation on Friday and Saturday, but by Monday it is likely that temperatures will drop below 10C (50F).

The Met Office has said that warmer days were more unusual than cold ones for the end of March in most years.

“But it’s the colder temperatures that people will remember and note,” added Ms Maxey.

“The cold will be with us for much of next week, and with any showers, you could see the possibility of snow falling over the Pennines, Cumbria, Scotland.”