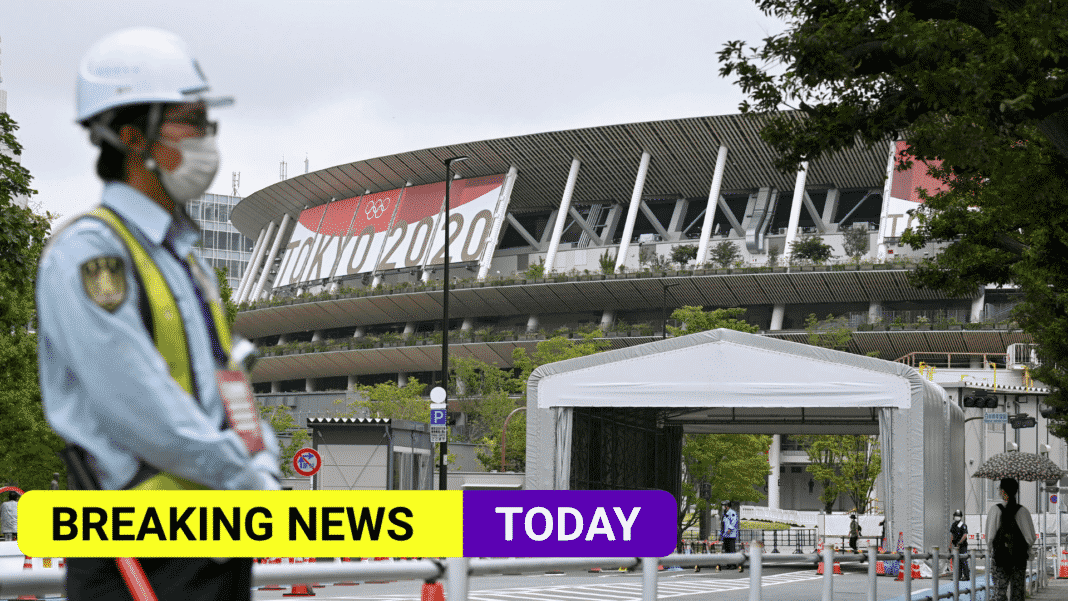 This summer’s Tokyo Olympics will go ahead without spectators after a surge in coronavirus cases, organisers have announced

The widely expected move has all but robbed the Games of its last hope for pomp and public spectacle.

The widely expected move was made following talks between the government, Tokyo organisers and Olympic and Paralympic representatives.

Japan has now declared a coronavirus state of emergency for the capital that will run throughout the event.

Overseas fans had already been banned from attending the Games.

Public viewings of the Games have been cancelled and restaurants will be asked to stop serving alcohol under the state of emergency.

This comes after it was said that up to 10,000 fans from Japan would be allowed to attend the Tokyo 2020 Olympic venues, despite many warnings from the country’s health bosses. The Olympics are scheduled to begin on the 23rd of July, while the Paralympics follow a month later, from the 24th of August.

Seiko Hashimoto, president of this year’s Games, said the situation was “regrettable” and apologised to those who had bought tickets.

Japan’s Prime Minister Yoshihide Suga said the move is essential to prevent Tokyo, where the highly infectious Delta variant of COVID-19 was spreading, from becoming the source of another wave of coronavirus infections.

The ban all but robs the Tokyo Olympics, which are scheduled to run from the 23rd of July to the 8th of August, of their last hope for pomp and public spectacle.

Once seen as a chance for the country of Japan to stand large on the global stage following a devastating earthquake a decade ago, the showpiece event had been delayed by the coronavirus pandemic last year and has been hit by massive budget overruns.

For weeks, medical experts have said that having no spectators at the Games would be the least risky option, amid widespread public fears that an influx of thousands of athletes and officials will fuel a fresh wave of infections.

The experts have welcomed the decision to hold the Olympics without spectators but cautioned that the ban on spectators will not completely eliminate the risk of a rebound in cases of COVID-19.

This comes as England fans make plans for the Euro final, England’s attentions now turn to their toughest opponents yet: an Italy side that hasn’t lost for 33 matches. Gareth Southgate has said that England deserved to make the Euro 2020 final, despite Denmark’s manager claiming that Harry Kane’s crucial penalty should not have been given.

Yuki Furuse, a Kyoto University medical professor working with the government’s coronavirus experts group, said: “I, of course, support ‘no spectators’ but concerns will never disappear as long as we have a big event, like the Games, along with holidays and the vacation season.”

Medical experts have also warned that risks from people’s behaviour around Olympic events, like drinking and dining together, were tougher to control than those inside the venues.

Fumie Sakamoto, the infection control manager at St Luke’s International Hospital in Tokyo, said: “It’s not hard to imagine that a lot of people will be in high spirits after the Games and want to have a drink with others.”

“There will be a lot of opportunities for virus transmission outside the venues.”