Two explosions outside Kabul airport, with reports of several casualties 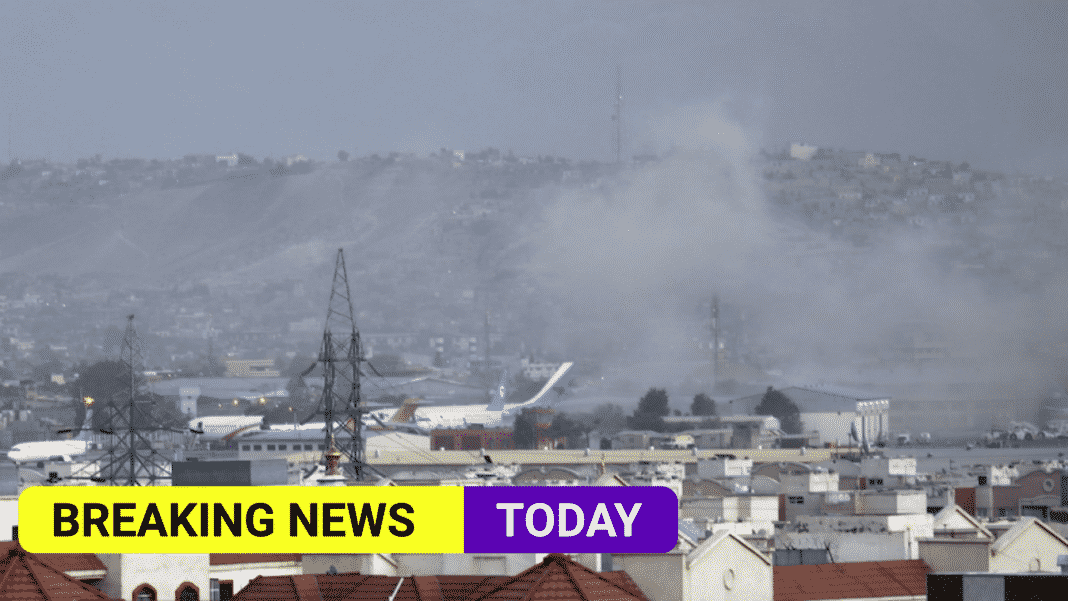 UK defence sources said one of the explosions took place by a hotel where British troops and journalists have been staying, followed by small arms fire, while the second one was by Abbey Gate.

The UK, the US and other nations have been moving to end the evacuations of tens of thousands of citizens ahead of the August 31st deadline

The Pentagon press secretary said the number of casualties was unclear, but Taliban officials said at least 13 people had been killed, including children.

Witnesses of the explosions cited by the Associated Press news agency reported seeing several people who appeared to be killed or wounded.

A No.10 spokesperson confirmed Prime Minister Boris Johnson has been updated on the situation at the airport in Kabul and said he will chair a COBRA meeting later this afternoon.

Sky News chief correspondent Stuart Ramsay said his sources had told him the explosion had been caused by a suicide bomber that had blown himself up in a canalway.

This comes after according to a senior British source, there is a “very high risk of a terrorist attack” against the evacuation operations by the UK and other allied forces in Kabul. The kind of attack that this group is known for conducting is suicide bombings such as car bombing or individuals blowing themselves up.

“It was so very clearly a dangerous place to be because of the numbers of people coming through, and the fact that there are no real checks on what people are carrying or wearing to get through into this canal area.”

Ramsay said the attack “is not inside the airport proper, is on the perimeter wall of the airport, and it’s one road that leads to the processing area which is initially set up by the British.”

The explosion came followings warnings earlier in the day that a “very lethal” terrorist attack could be occurring at the airport within a matter of hours.

Following the explosion close to Kabul airport, the Ministry of Defence tweeted: “We are working urgently to establish what has happened in Kabul and its impact on the ongoing evacuation effort.

“Our primary concern remains the safety of our personnel, British citizens and the citizens of Afghanistan. We are in close contact with our US and other Nato allies at an operational level on the immediate response to this incident.”

He had been waiting five days to be processed and had all the correct documents.

Since the explosion, Haynes has been unable to get in touch with him.

She says he had told her he was willing to risk his life and that of his family’s in their desperation to get out of Afghanistan..

Conservative MP for Wealden, Nusrat Ghani, said on Twitter that she was on the phone to “an Afghan outside the airport when he heard the explosion.”