UK set for temperatures of 33C amid an extreme heat warning 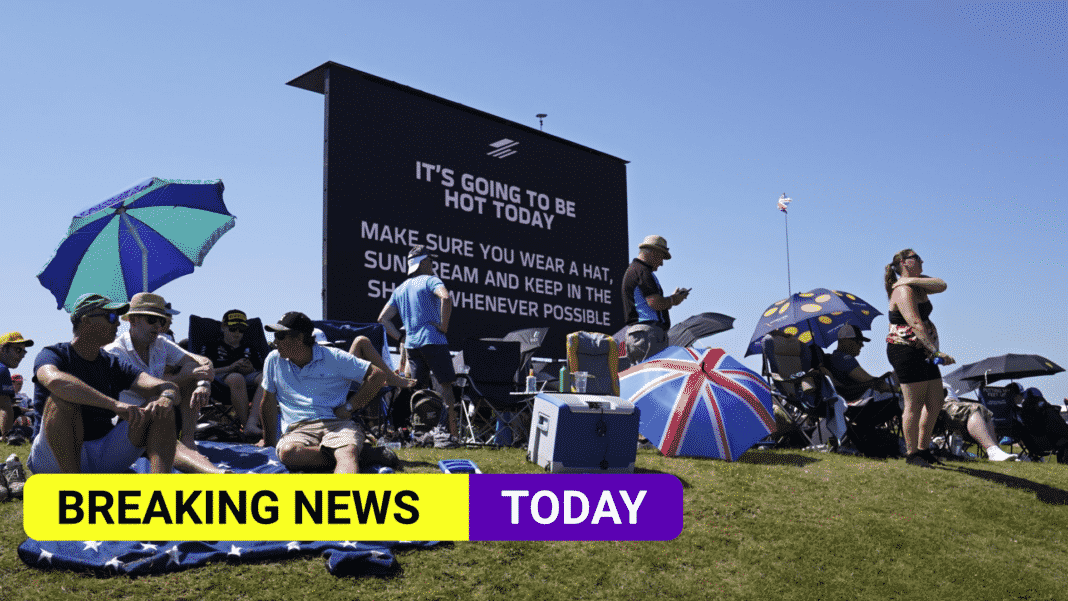 Parts of the UK could reach temperatures of 33C (91.4F) later, with heat higher than some of Europe’s top holiday destinations including Tenerife

This comes after the Met Office has issued a new-style extreme heat weather warning and told people to watch out for sunburn, as well as heat exhaustion.

The amber warning from the weather forecaster covers large parts of Wales, as well as all of south-west England and parts of both southern and central England.

The heat warning will be in place until Thursday, when temperatures within the nation are expected to be peaking.

Public Health England has also issued the country with a heat-health alert.

It advises people to stay out of the sun between the times of 11:00 BST and 15:00 BST, to drink plenty of fluids and to avoid consuming excess alcohol, as well as engaging in physical exertion during some of the hottest parts of the day.

The Met Office has warned that over the next few days many people could be at high risk of sunburn or heat exhaustion, which can include dehydration, nausea and fatigue.

The more vulnerable groups in the country are being warned of even more adverse health effects.

It also warned that, as temperatures within the UK soar, some heat-sensitive systems and equipment may fail, potentially leading to power cuts. There could also be multiple delays to the nation’s roads, rail and air travel, meaning that people experiencing long delays could suffer.

The Met Office has said that the high temperatures were expected in the day and at night, meaning restless nights for many.

The Met Office launched the new extreme heat warning at the start of June 2021 in order to highlight potential widespread disruption, as well as adverse health effects. Amber is the second-highest level within the system.

It comes following a record-breaking number of heatwave deaths were recorded in England last summer.

The Met Office also warned that as more people visit the nation’s coastal areas, lakes and rivers, there was an “increased risk of water safety incidents”.

Six people drowned in English lakes and rivers over the weekend, with rescuers warning of the invisible but deadly dangers of open water.

The NHS advice if someone is experiencing heat exhaustion is to: