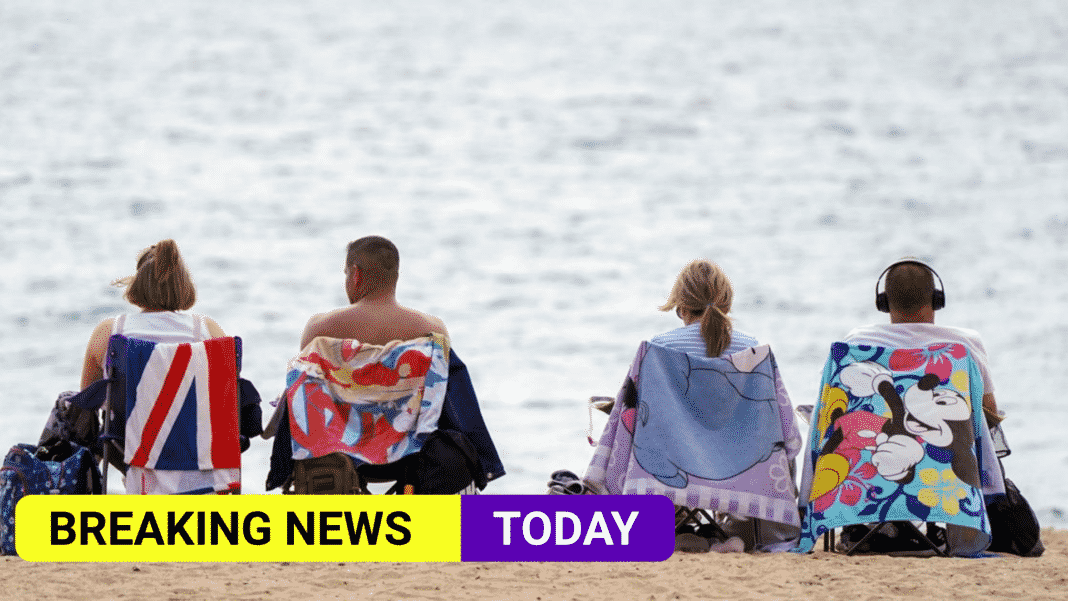 According to the Met Office forecaster, parts of the UK are set to enjoy sunshine for the next 12 days due to “dominating” levels of high pressure.

It comes following some areas seeing wetter than usual weather for August, in what has been a changeable month for many.

“However, there will be a north-easterly breeze coming in from the North Sea making it feel colder for some regions especially later on in the week.

She continued by saying:

“Where there is sun, particularly on Wednesday, temperatures could reach highs of 24C in England and Wales, while western areas in Scotland and Northern Ireland could be up to 26 or 27C.

“This all depends on the amount of cloud some regions see.”

The hot blast is coming from Portugal and is set to last for the rest of the month and into September.

Both UV and pollen levels will also be high across parts of England and Wales over the coming days.

It comes following parts of the UK having seen large amounts of rainfall for the time of year, including within the City of London, which has experienced its ninth wettest August on record.

However, the UK as a whole has seen its seventh warmest August on record.

She added: “This month has pretty much swung back and forth for many, areas in Scotland have been drier than usual, while areas in the south-east have, of course, seen plenty of torrential downpours.

“It hasn’t been so bad, the country has generally seen 72% of its average rainfall for the month so far, which is pretty much where you want to be as we come to the end of August.”

The Met Office said that for the period from the 27th of August until the 5th of September: “The last week in August and into September is likely to be dominated by high pressure resulting in fine and settled weather across the UK.”