Amazon fires have already impacted 90% of plant and animal species 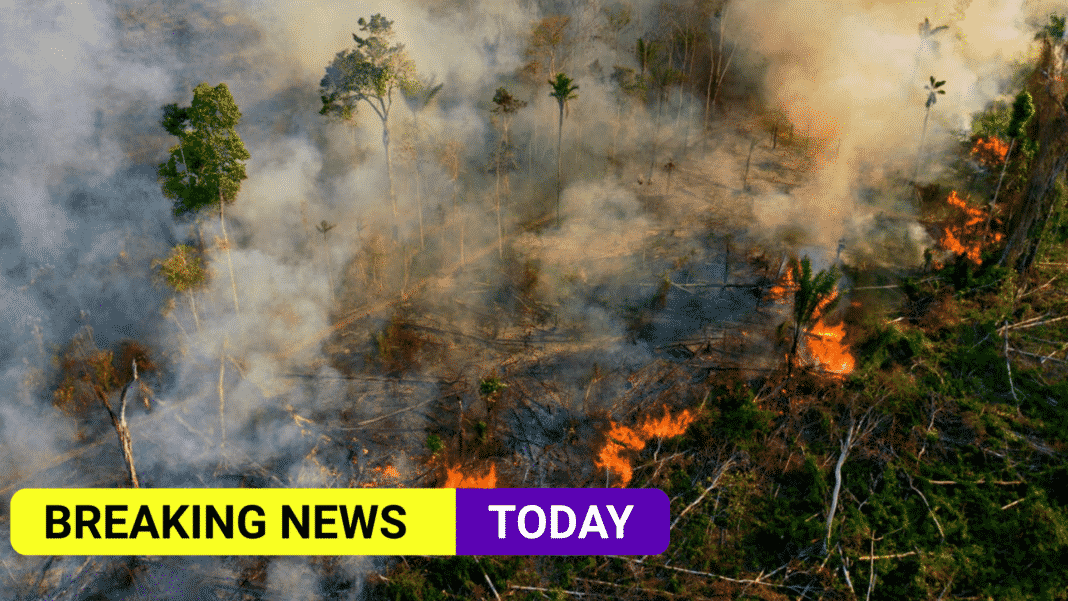 Since 2019, both deforestation and fires have caused the Brazilian Amazon to lose about 10,000 square kilometres of forest cover per year

There was a high and alarming increase in both deforestation and fires over the previous decade, when the annual reduction in forest area was close to 6,500 square kilometres, according to data from Brazil’s National Institute for Space Research (INPE).

However, up until very recently, experts had measured only the vegetation in areas destroyed; never had the biodiversity loss that has been caused by the fires assessed.

A new scientific study that was published in Nature – “How deregulation, drought and increasing fire impact Amazonian biodiversity”, translates this devastating impact into numbers: to a greater or lesser extent, 93 to 95% of 14,000 species of both plants and animals have already suffered some kind of consequence of the fires in the Amazon rainforest.

The study, which has involved researchers from universities and institutions within the U.S., the Netherlands and Brazil, analysed data on the distribution of fires in the Amazon between the years 2001 and 2019, when the region had seen record rates of major fires, despite the high rainfall.

“At the time, the fires attracted a lot of international media attention, and we were interested in better understanding their consequences, where they had happened, and which areas were occupied by fauna and flora,” says biologist Mathias Pires, who is a professor and researcher at the Department of Animal Biology at the State University of Campinas (Unicamp).

The researchers, using satellite images, compared the affected areas by fires from 103,079 to 189,755 square kilometres of the Amazon rainforest, with the habitats of 11,514 plant species and 3,079 animals (including vertebrates, birds and mammals).

“We were surprised to find that the habitats of most plant and animal species had already been affected by fires and that this impact continued to increase over time, despite the best conservation efforts,” says Brian Enquist, professor of ecology and evolutionary biology at the University of Arizona and a lead author of the article.

The analysis indicated that, for some species, more than 60% of their habitat had been burned at some point in the last two decades. For the majority of the Amazonian plants and animals, though, the impacted areas represent least 10% of their habitat range. While this sounds like a small percentage, a little bit of habitat loss in the Amazon can already be consequential for species survival. “Any lost habitat is already too much,” says Danilo Neves, professor of ecology at the Institute of Biological Sciences of the Federal University of Minas Gerais (UFMG).

He explains that some groups of rare and threatened species have restricted distribution in the Amazon, such as the white-cheeked spider monkey (Ateles marginatus), which is endemic to Brazil and classified as endangered on the Red List of the International Union for the Conservation of Nature (IUCN), meaning that its probability of extinction is high.

“That species depends a lot on the standing forest,” says Pires. “Monkeys need trees for displacement, food and shelter. They hardly ever move or feed on the ground.”

The white-cheeked spider monkey had 5% of its range affected by fire. “Five percent of the range impacted in 20 years is a lot,” he says. “What will happen in another 20 years, or 50…? We need to consider that, from a biological point of view, that’s very fast loss of habitat.”

Pires stresses that primates are under the highest threat from Amazonian fires. To draw a parallel with another animal species, he uses a bird – the hoatzin (Opisthocomus hoazin). Classified as threatened on the IUCN list, it ends up being relatively less affected by forest fires since its habitat range can cover virtually the entire Amazon.

As for plants, which, unlike animals, cannot escape the flames, the situation is even more disturbing. The tree species Allantoma kuhlmannii had about 35% of its range impacted by fire.

Unlike the Cerrado, where plants are more resistant to fire and drought, Amazon vegetation is adapted to closed environments and moist soil; when the flames end, the plants can hardly recover, and that part of their habitat may be lost forever.

Since the study focused on measuring the number of species impacted by fire, it did not look for any visible change in animals’ behaviour or habitat.

“Given the scale, scope and growing impact of fires across the Amazon, it’s likely that animal populations have already been affected by habitat loss and the opening of more remote areas to hunting,” Enquist believes.