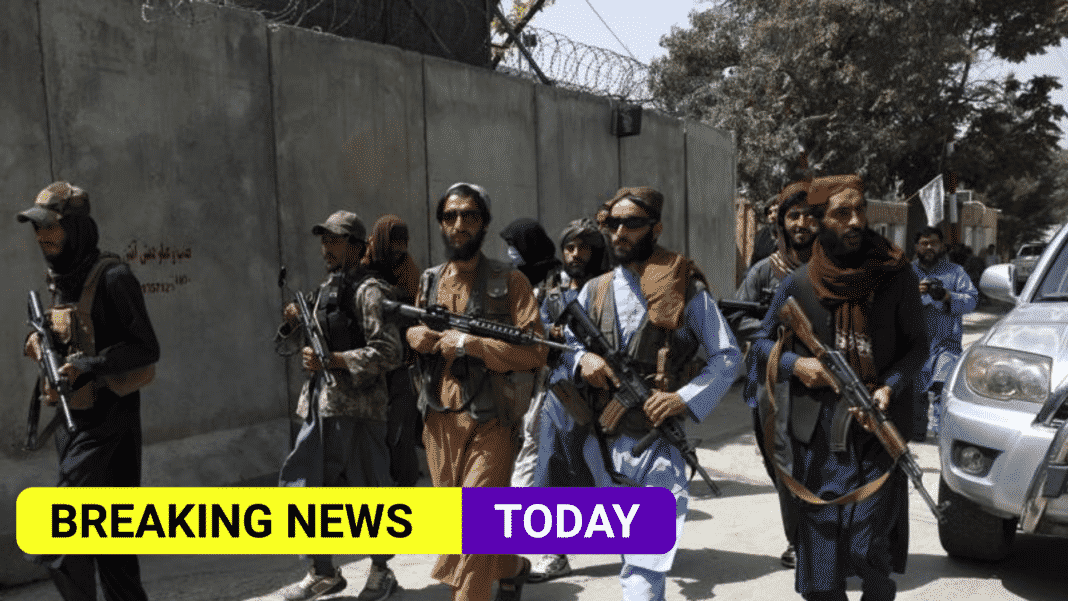 Dozens of protesters had raised the Afghan national flag and lowered the Taliban’s own flag on the day before Afghanistan’s independence day, with one killed

At least one person in Afghanistan has reportedly been killed and seven others have been injured after the Taliban had violently dispersed a protest in the eastern city of Jalalabad.

Dozens of protesters within Jalalabad had raised the Afghan national flag and lowered the Taliban’s own flag on Wednesday, the day before the country’s independence day.

Militants had then opened fire and beat people with batons, an Afghan health official had told the Associated Press. He said that six people had been wounded.

However, Reuters had reported that at least three people had been killed at the protest, with more than a dozen others injured, citing both two witnesses, as well as a former police official.

This comes after the UK government will work with other countries to resettle up to 20,000 Afghans in the UK, Home Secretary Priti Patel has said. A new scheme will see up to 5,000 Afghans eligible within the first year, with thousands more being able to move to the UK in the long term.

Meanwhile, Ashraf Ghani, Afghanistan’s president, who fled the country when the Taliban had seized the capital Kabul, has since been welcomed in the UAE along with his family on “humanitarian grounds,” according to the country’s foreign ministry.

In Kabul, Taliban commanders and soldiers were seen firing into the air in order to disperse crowds at the airport, a Taliban official has said.

“We have no intention to injure anyone,” he told Reuters.

Earlier, 17 people had been injured in a stampede at a gate into the airport, a NATO security official has said.

He also said to Reuters that he had not heard any reports of violence by any Taliban fighters outside of the airport.

It came as the Taliban had blown up a statue of a Shia militia leader, casting doubt on its claims that it has become more moderate within the two decades since it had been ousted from power.

Photos on social media had shown that the insurgents had destroyed a statue of Abdul Ali Mazari, a militia leader who had fought against the Taliban during Afghanistan’s civil war in the 1990s and had later been killed by the militant group in 1996.

Mazari was a champion of the Hazara minority, which was a predominantly Shia group that had been persecuted under Taliban rule.

This comes after the Taliban is reportedly “cooperating” with British military forces as they work to evacuate people from the nation of Afghanistan and is not behaving in a “medieval way”, the chief of the UK defence staff has now said.

The statue of Mazari stood within Bamyan province, where Taliban fighters infamously blew up two giant statues of the Buddha that had been carved into the face of the mountain 1,500 years ago.

The Taliban has been holding talks with former Afghan president Hamid Karzai, as well as Abdullah Abdullah, who is a senior official in the ousted government.

Photos that had been shared online showed both Mr Karzai and Mr Abdullah meeting Anas Haqqani, a senior leader within the Haqqani network, which the US has deemed a terrorist group.

The Taliban has claimed that it will not seek revenge against those who have fought against the group and has said that it is committed to the rights of women within the framework of Sharia law.