Bank of England increases inflation forecast, does nothing to help prices 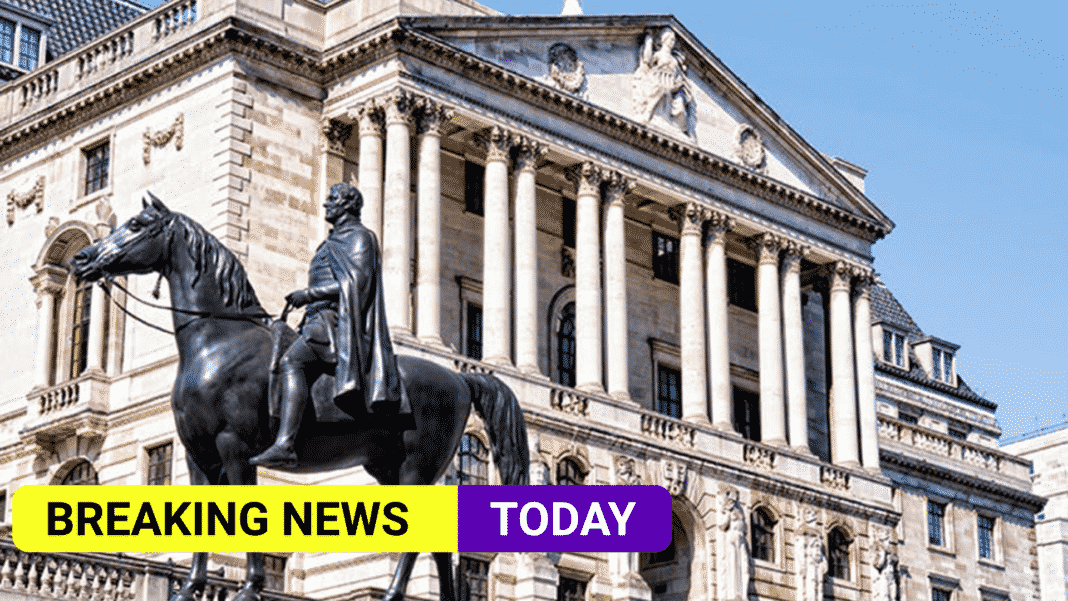 The Bank of England has once again ramped up its warnings about the rising prices and has admitted that the economy is not growing at as fast a rate as expected.

However, it stopped short of taking any action in a bid to help cool costs as its monetary policy committee (MPC) has kept interest rates on hold and maintained the Bank’s £895bn bond-buying support for the post-coronavirus economic recovery.

The Bank said that its staff now expected growth during the current third quarter in order to come in 1% weaker than was estimated just last month amid the deteriorating price boom.

The challenges include extra costs associated with a shortage of workers, as well as global supply chain delays and the surging energy prices including the record-breaking rise in wholesale costs of gas.

The latter is set to bite the household finances of many within the months, to come at a time when government COVID-19 aid, including the furlough scheme money and the uplift if Universal Credit, both of which have now been withdrawn.

The Bank has consistently pointed to a central view that the energy spike this year – the main cause of the price problem – would be “transitory”.

It has blamed the bill pressures on the consequences of the economy reopening and seen the effects as temporary despite concerns raised by its-then chief economist Andy Haldane.

This comes after used cars, food and petrol are among the factors driving inflation higher – in addition to a big jump in the cost of eating out compared with a period last year when diners were enjoying a government-subsidised discount scheme.

In August, the MPC then warned that a “modest tightening” of policy may be required to help cool prices as it predicted the consumer prices index (CPI) measure of inflation hitting a 10-year high of 4%.

It is currently at 3.2% following the largest leap on record.

On Thursday, the Bank said that it now expected CPI to exceed 4% by the year’s end.

The split on the MPC around tapering support grew as a second member, deputy governor Dave Ramsden, joined Michael Saunders in voting for an early end to government bond purchases.

A summary of the meeting read: “Since the August MPC meeting, the pace of recovery of global activity has showed signs of slowing.

“Against a backdrop of robust goods demand and continuing supply constraints, global inflationary pressures have remained strong and there are some signs that cost pressures may prove more persistent.”

It added: “The material rise in spot and forward wholesale gas prices since the August Report represents an upside risk to the MPC’s inflation projection from April 2022.

“Most other indicators of cost pressures have remained elevated. The Committee’s central expectation continues to be that current elevated global cost pressures will prove transitory.”

The Bank also said it would be watching the impact of the furlough scheme’s demise at the end of the month carefully.

It delivered its verdict hours after a snapshot of private business activity pointed to stagnating economic growth and an acceleration in the pace of price increases – a scenario known as “stagflation”.

Chris Williamson, IHS Markit’s chief business economist, said of the findings: “While there are clear signs that demand is cooling since peaking in the second quarter, the survey also points to business activity being increasingly constrained by shortages of materials and labour, most notably in the manufacturing sector but also in some services firms.

“A lack of staff and components were especially widely cited as causing falls in output within the food, drink and vehicle manufacturing sectors.

“Shortages are meanwhile driving up prices at unprecedented rates as firms pass on higher supplier charges and increases in staff pay.”

Commenting on the Bank of England meeting, chief UK economist at Pantheon Macroeconomics Samuel Tombs, said: “The MPC is waiting until November to provide a clearer steer on the outlook for interest rates, as by then it will be able to make an initial assessment of the wind-down of the furlough scheme and review the latest fiscal plans in the October 27 Budget.”