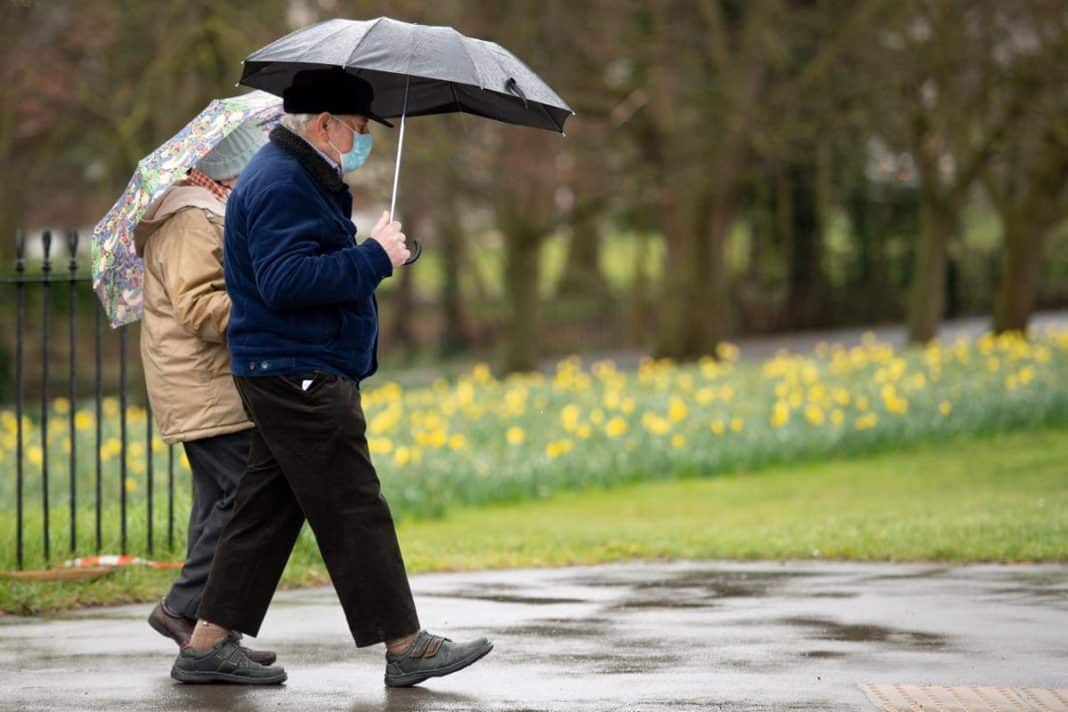 Pub-goers will need to wrap up warm, with low temperatures forecast as outdoor hospitality, such as beer gardens, reopen in England

It’s set to be a chilly return for pub beer gardens in England today, with snow, sleet and low, freezing temperatures forecast for large parts of the United Kingdom.

And while some northern parts of England will remain bright this morning, the southern half of the country faces rain, sleet and snow showers during the day, with flurries seen within west London, as well as in Reading, Berkshire, Sevenoaks, Kent and parts of Oxfordshire already.

This comes after, just days following the UK recording its highest March temperatures in 53 years, with the so-called “thundersnow” weather phenomena potentially now being on its way over the Easter weekend.

Prime Minister Boris Johnson has urged the UK to “behave responsibly” as pubs are to start serving food and drinks again.

While people can enjoy meeting with each other outside, the rules around indoor gatherings within England are still strict.

Around 40% of adults in the UK are yet to receive a first dose of a vaccine for the coronavirus, and only 7.5 million have had both of their jabs.

While people within England are heading back to the nation’s pubs today, other parts of the UK will have to wait a bit longer.

Wales is aiming to be reopening outdoor hospitality on the 26th of April, which is the same day as Scotland.

This comes after the Northern Ireland Executive has condemned the “deplorable” riots that have taken place in which 55 police officers have been injured amid over a week of violence in places such as West Belfast.

The gloomy return for pubs in England comes following a largely cold weekend for the nation with patches of snow seen in various areas of the UK.

Heavy rain and areas of hill snow are expected to occur in Northern Ireland and Wales, as well as within western parts of England on Monday morning.

Throughout the day these showers will be moving south-eastwards, pushing into the southern parts of the country and the Midlands by the middle of the morning and occurring on the south coast during the afternoon and into the evening.